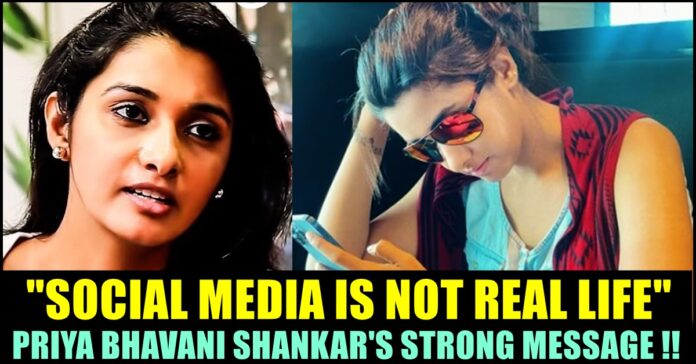 Actress Priya Bhavani Shankar who predominantly appears in Tamil films, on Wednesday, came up with a thoughtful message on her Instagram handle, explaining about the difference between real life and Instagram life. The actress said that people tend to show only the positive side of their life in Instagram and asked others not to feel low seeing such posts.

The actress said that the pain of people remains uncaptured in Instagram and asked her followers not to let those pictures deceive them and make them think that they are way behind. Priya believed that social media gives a fabricated version of how others are living and that are shown is nothing but good side.

The actress who gained many fan pages in social media platforms in a very short span, has a separate set of fan following for her acting and screen presence. After making her debut in Tamil cinema by pairing up with Vaibhav in “Meyaadha Maan”, so far, she paired up with some of the leading stars Karthi, SJ Surya and Arun vijay and others.

She who is pretty much active in the social media platforms, on Saturday, uploaded a picture that contained a thoughtful message. “Social media gives you a fabricated version of how others are living. All you see is the good side. The partying, the travelling the “success”. But all the pain remains uncaptured” the actress said through her post.

“Don’t let these pictures deceive you into thinking everyone’s living it and that you’re way behind. Real life occurs behind all the cropping and filters” she added. 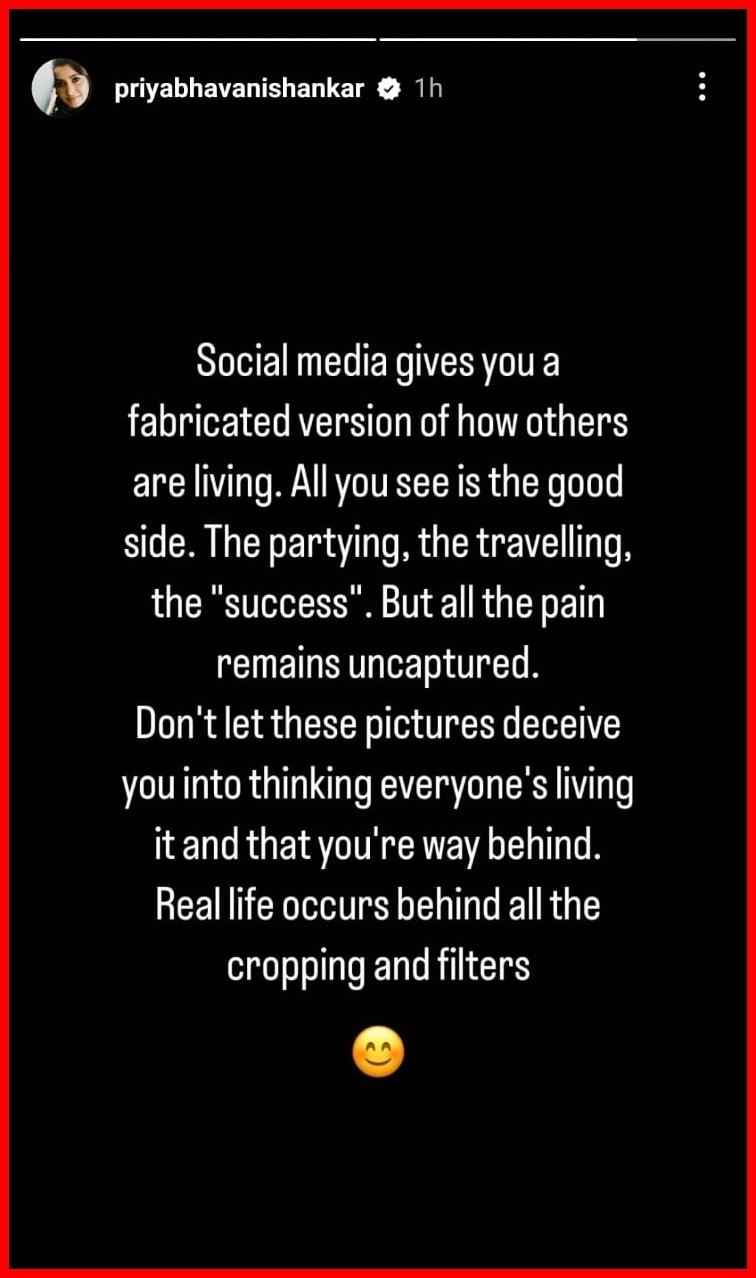 On the work front, Priya is expected to appear in films such as “Kuruthi Aatam”, ” Bommai”, “Thiruchitrambalam”, “Indian 2”, “Yaanai” etc. Comment your views on the post uploaded by the actress !!