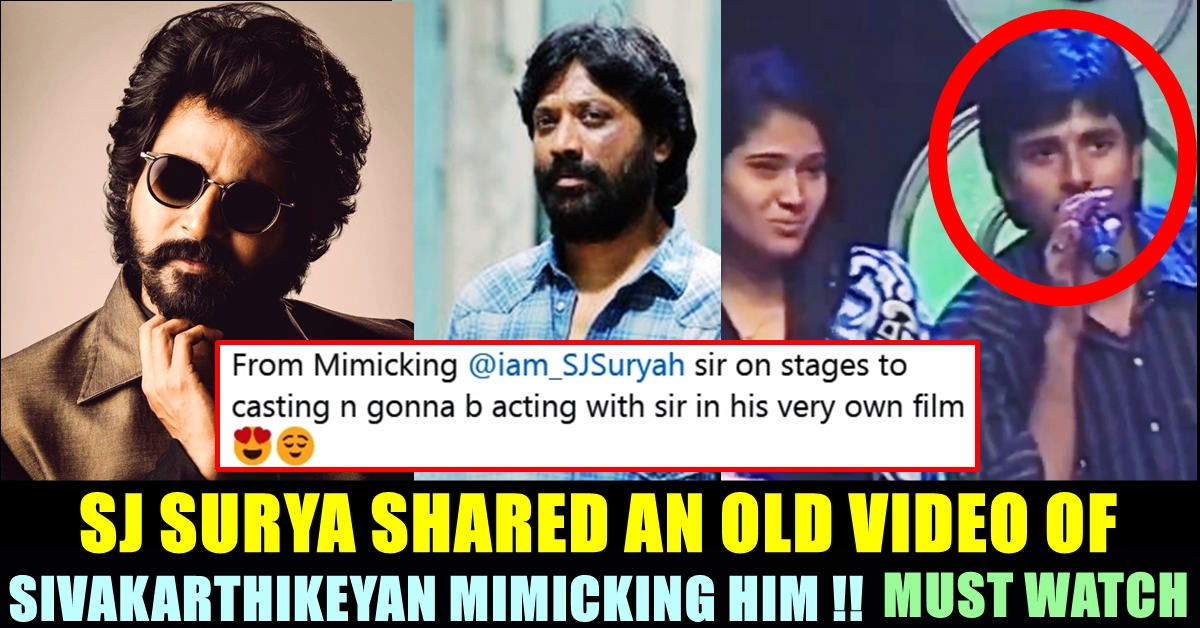 SJ Surya who is known for providing some epic love dramas to Tamil film industry through his filmmaking skills, is currently busy acting in films. He played villain for Vijay, Mahesh Babu lately, also essaying some light hearted protagonist roles. One of his recent blockbuster “Monster” garnered huge reception among kids and the multifaceted actor is having a number of films in his kitty. Recently, he got committed in Sivakarthikeyan’s upcoming film “Don” and the announcement was officially made by Lyca productions.

Actor Sivakarthikeyan, who enjoys a fan following among all age groups and across genders, is one of the most prominent upcoming stars in Tamil film industry. He was last seen in Namma Veetu Pillai and Hero directed by Pandiraj and P.S Mithran respectively. He is also one of the busiest actors in Kollywood industry right now. Having commitments for nearly half a dozen movies, Sivakarthikeyan’s third production venture is also getting ready on full swing.

As we all know Sivakarthikeyan started his career as a mimicry artist. Despite initial reluctance to participate, he won the show. Prior his hosting career, he appeared in short films including his friend Atlee’s Mugapputhagam, Identity, Kurahl 786 and 360°. After debuting in Tamil film industry as protagonist through Pandiraj’s Marina, Sivakarthikeyan went on to give massive successes such as Maan Karate, Remo etc.

He is also enjoying a massive fan following in social media platforms. One of his ardent fans named Preethi, uploaded an old video of Sivakarthikeyan in her twitter handle. The video shows the actor mimicking actor and director SJ Suriya in a reality dance show which was judged by actors Jiiva, Sangeetha and Aishwarya Dhanush.

While sharing the video, Preethi wrote “From Mimicking SJ Suryah sir on stages to casting n gonna b acting with sir in his very own film, The way he says “Enga annan SJ surya sir” as her caption.

This video grabbed the attention of Director SJ Surya himself who shared it in his official twitter handle by adding “Laughing” and “eyes in the heart” emojis.

This tweet of the filmmaker is trending in the micro blogging social media site with reactions lauding the growth of Sivakarthikeyan and the generosity of the “Kushi” maker. On the work front, apart from “Don”, Siva is going to be appear in films such as “Ayalaan”, “Doctor” etc whereas SJ Surya’s “Bommai”, “Nenjam Marappathillai”, “Maanadu”, “Uyarntha Manithan” are awaiting for the theatrical release.

Vijayalakshmi’s Fitting Reply To Those Who Schooled On “How To Dress” !!
Couple Fell In Love During Lockdown Through PUBG !! Tweet Goes Viral
Advertisement