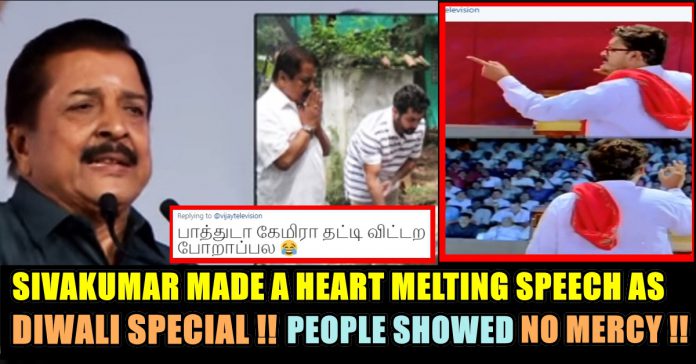 Sivakumar is an Indian actor and visual artist who has portrayed a wide range of leading and supporting roles onscreen in Tamil cinema and television. He made his acting debut in 1965. His art works include several portraits of noted celebrities are highly praised across Tamilnadu. His inspirational speeches in public meetings and TV shows also highly recognized among youngsters. The actor is also the father leading actors in Kollywood Suriya and Sivakumar.

Today to our shock a video goes viral on Internet in which the ace actor seen behaving very rude towards an youngster who tried to take selfie picture in his phone. The video suggests the actor arriving to a opening ceremony of some shop where a young man takes out his phone and holding it high to take selfie with Sivakumar. 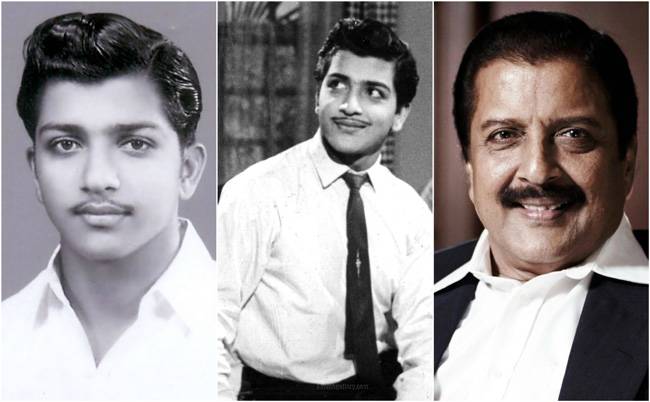 The actor who was seen smiling and wishing everyone in the function suddenly got irritated on seeing the guy and knocked off his cellphone with his bare hands. 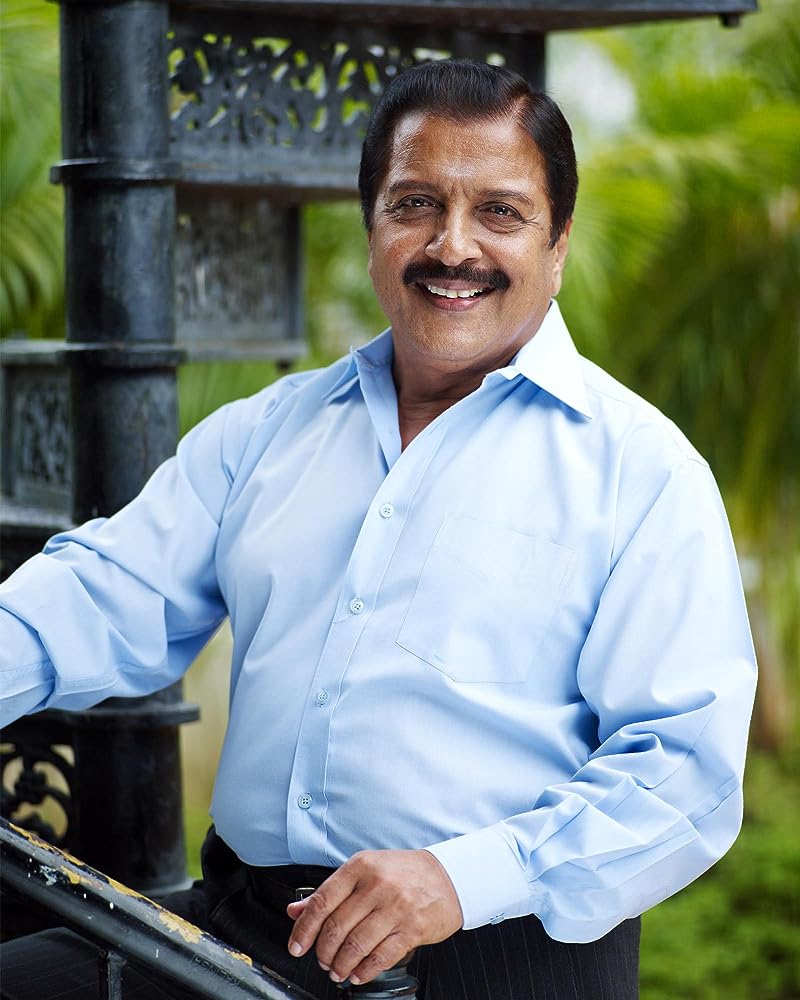 The video already went viral on the Internet and trollers started making memes out of it. They made a template out of this video literally all of a sudden. Some expressed their hatred on seeing this video as well. Watch the video here :

Even after Veteran Tamil actor Sivakumar apologised for slapping a phone off a fan’s hand, people have not stopped criticising him for the act. Many have continued to call out the actor and troll him with hilarious memes and jokes on social media.

According to a recorded Phone call of  Puthiya Thalaimurai , Sivakumar said “Selfie is something we should take with our families personally while going for tours to places like Kodaikanal lake, doddabetta etc. I am not eligible comment on anyone’s personal life. In a public event where 200 to 300 people are present, since i got down from the car till entering into the hall, more than 25 guys not even made way for the securities and disturbed everyone in the name of taking selfie. Is it right thing to do?” the actor questioned the press. He also released a apology video where the actor said that his deed was not right.

However, the actor’s apology did not stop people from trolling him. From hilarious jokes to creatives memes, people shared it all. Some also took inspiration from Akshay Kumar’s character in the upcoming movie 2.0.

The guy whose phone was broken is known as Rahul, a final year student of BBA. Four days later the incident through a third person named Pazhani, the student was compensated with a VIVO phone which is 25,000 Rupees worth by Actor Sivakumar.

The actor has been constantly seen in Vijay Television during every special occasion as a special guest who will be giving a motivational speech. His speech was loved by everyone as he would share the struggle he faced in his early life and he is also identified as one of the most disciplined and respectful person.

Now in this promo which is posted by Vijay Television shows that people has not forgot what Sivakumar did few days back despite his apologize and compensation. The promo suggests the title of the show is “Sivakumar-in Amma” where the actor seen narrating his real life experience of his Mother’s death. The actor see getting emotional and spilling tears while talking which is really touching.

But people showed no mercy on him and still trolling him for his act towards Rahul. Check out some the comments here :

Do you really think this man deserves this much hatred ?? Comment your views below !!

Previous articleMan Arrested & FIR Filed Against Him For “Bursting Crackers” !! SHOCKER !!
Next articleSanthosh Narayanan Shared His First Meet With Ajith !! The Real Face Of “Thala” !!

People from across the country are protesting against the Citizenship Amendment law, since it was passed by the Parliament. It has been reported that...