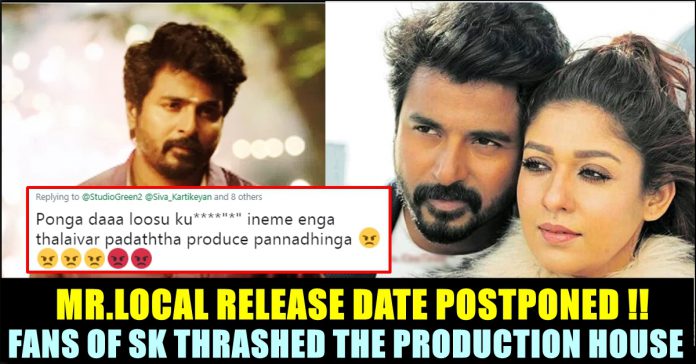 Mr Local, the upcoming film featuring Sivakarthikeyan and Nayanthara in the lead roles, is one among the big Tamil movies scheduled for a release during this summer season. The film, directed by M Rajesh, is expected to be a perfect fun entertainer, which would take the box office by storm. Earlier, the makers had announced May 1, 2019 as the release date of this much-awaited movie.

Later, rumours surfaced that the team has postponed the release of the film and now, the team themselves have come up with a confirmation regarding the same by announcing the new release date of the movie.

The latest update on his next film Mr. Local is that the release has been postponed to May 17. The film was supposed to release on May 1 worldwide. The project is bankrolled by KE Gnanavel Raja, under the banner Studio Green. It has Nayanthara as the female lead, while Yogi Babu, Sathish and others appear in crucial supporting roles.

Sivakarthikeyan was last seen in an extended cameo in Arunraja Kamaraj’s directorial debut Kanaa, as the coach of Indian Women’s cricket team. His last full fledged lead role was in Seemaraja, that had Samantha as the female lead. It was directed by Ponram and produced by RD Raja under the banner 24AM Studios. 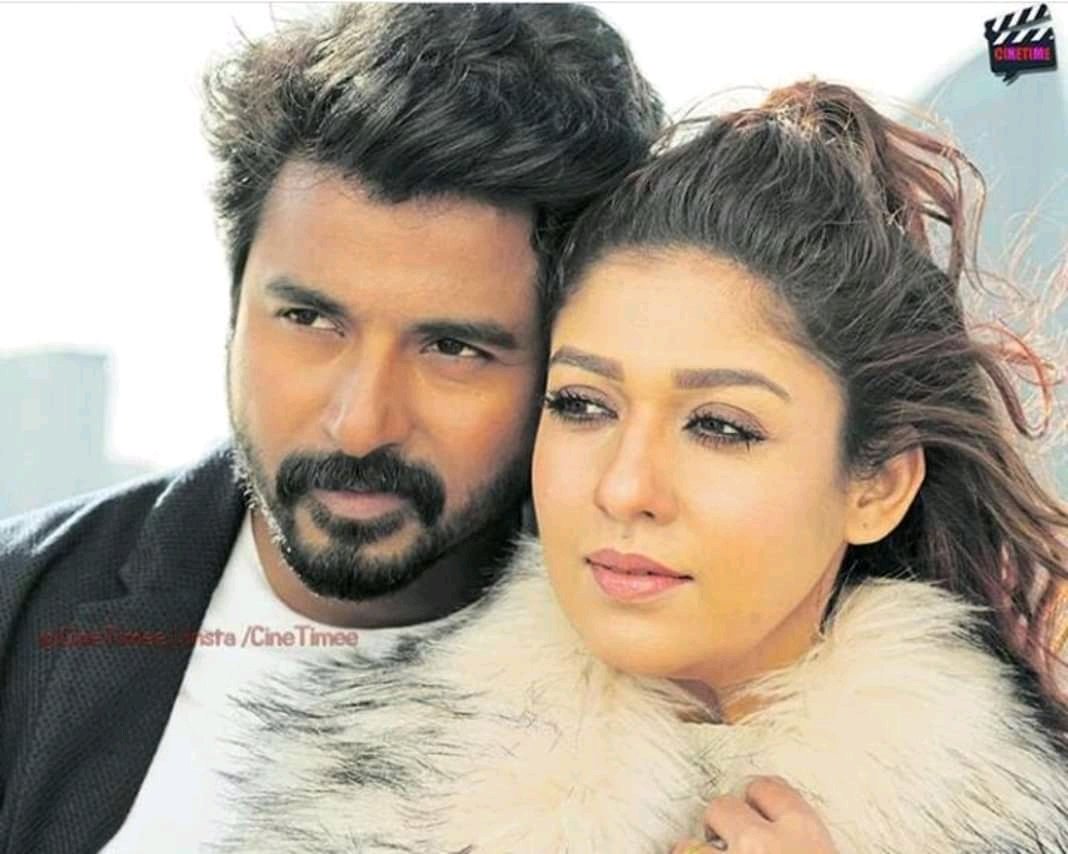 As soon as the announcement was made the prodcution house, Fans of Sivakarthikeyan got really angry. Most of them says that they never asked for a release date in February. There is no point in making an announcement and postponing it later they alleged. Check out some of the reactions here :

Nobody asked you Guys to reveal the Release Date in February…😒! Buildup pani ematitanga da😷😂😂
My Guess was again right – #SK13 Shooting start agum pothu – I told as May 17th 2019 Release 😬😅..Rightz waiting for Trailer and Audio🙏

What do you think on these comments of the fans ?? Comment your views below !!

Previous article14 Year Old Girl Murdered By Her Own Mother & Brother For This Bizarre Reason !! Check Out !!
Next articleAshwin Gets Trolled By Dhawan For Trying To Do “Mankad” !! Reactions Are Just Hilarious !!

Rasathi, 52, had gone to work as usual on her 1.5-acre field at Mudikandam on the outskirts of Tiruchi on Tuesday morning, when a...

Tharshan’s Girlfriend Asked People To Vote For Him !! Ended Up Shutting Down This Troll !!

Tharshan got nominated in the Bigg Boss show for the first time in these 50+ days. Along with Kasthuri, Cheran, Mugen, Sandy, Tharshan also...