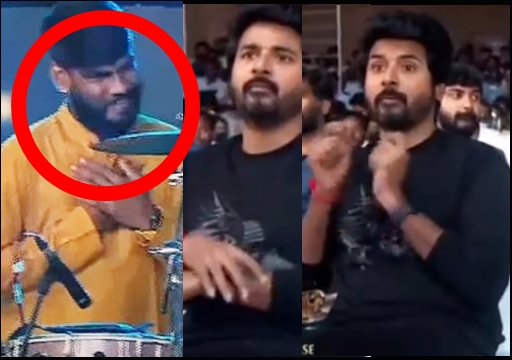 A kind gesture of Tamil star Sivakartikeyan at the “RRR” pre-release event won the hearts of fans. He who took part in the promotional event of Ram Charan- Junior NTR starrer, while sitting with prolific filmmaker SS Rajamouli, gestured anchor Vijay to mention the drummer and appreciate him. The actor who became an actor after years of hard work as an anchor, didn’t forget the past and recognized a true talent. There is no need for the star to take note on whether the drummer gets his recognition or not But the humble gesture of the emerging star won the hearts of many of the online users.

Sivakarthikeyan has became the darling of masses in a very short span of time comparing to other senior actors. Not only the fans, he is also impressing the people from his own industry. When he received “Entertainer of the year” award from Vijay in the year 2014, the “Thalapathy” actor said “I have watched all his films. His dance, acting and comedy are impressive. Kids are loving him a lot. He grabbed a spot among kids”. 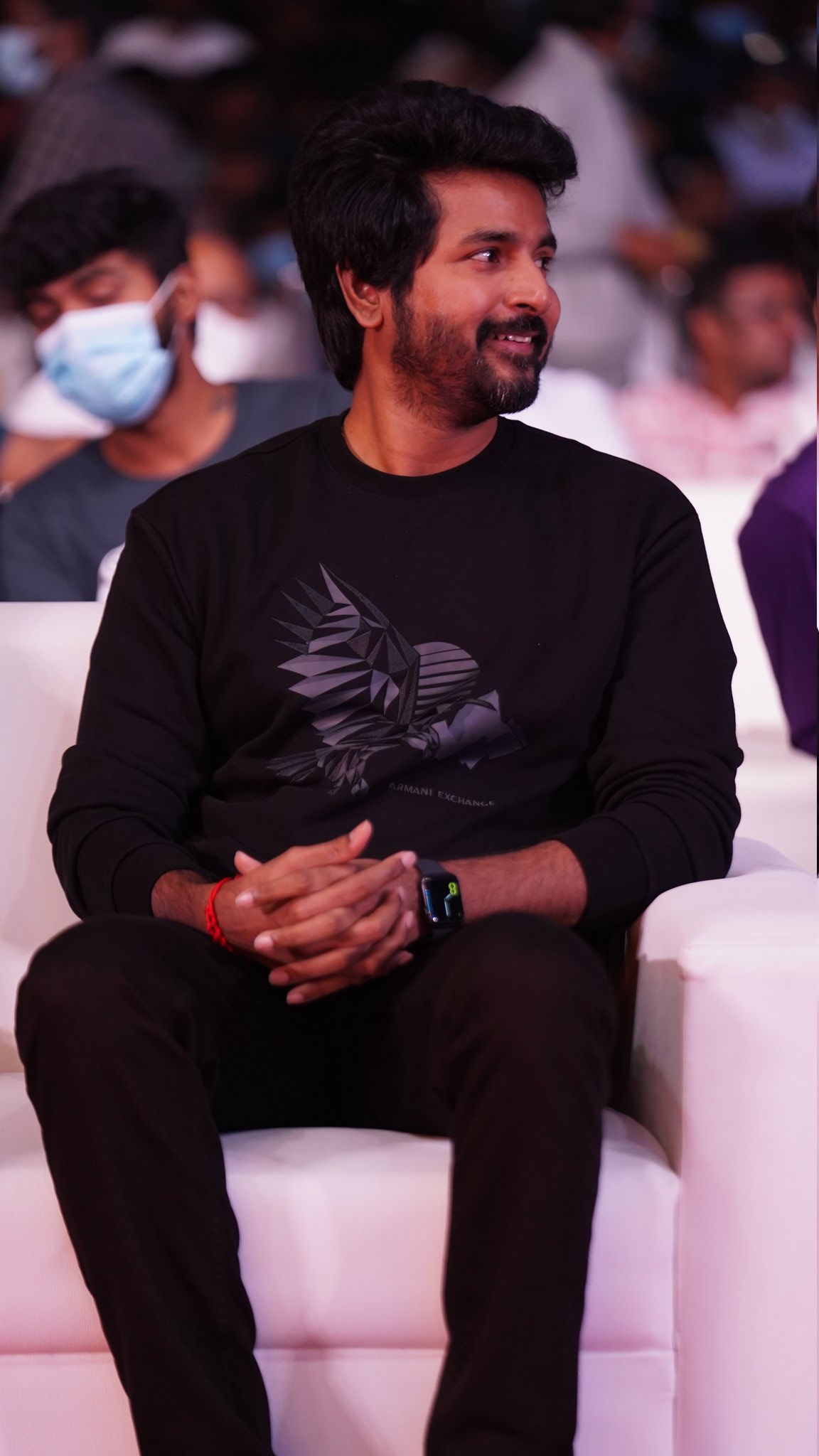 As we all know Sivakarthikeyan started his career as a mimicry artist. Despite initial reluctance to participate, he won the show. Prior his hosting career, he appeared in short films including his friend Atlee’s Mugapputhagam, Identity, Kurahl 786 and 360°. After debuting in Tamil film industry as protagonist through Pandiraj’s Marina, Sivakarthikeyan went on to give massive successes such as Maan Karate, Remo etc. So far Sivakarthikeyan paired with almost all the top heroines such as Nayanthara, Samantha, Keerthy Suresh, Hansika and others.

Before becoming one of the highest paid actors of Tamil cinema, Sivakarthikeyan did hosting for many years as well. Now, the 36 year old actor took part in the pre release event of SS Rajamouli’s “RRR” and gave a speech praising the filmmaker and the actors starred in it. Siva said that he would watch the film in FDFS and promoted the film by saying that SS Rajamouli is one of his favourite filmmakers and he admires his hubmle nature despite of achieving huge successes. 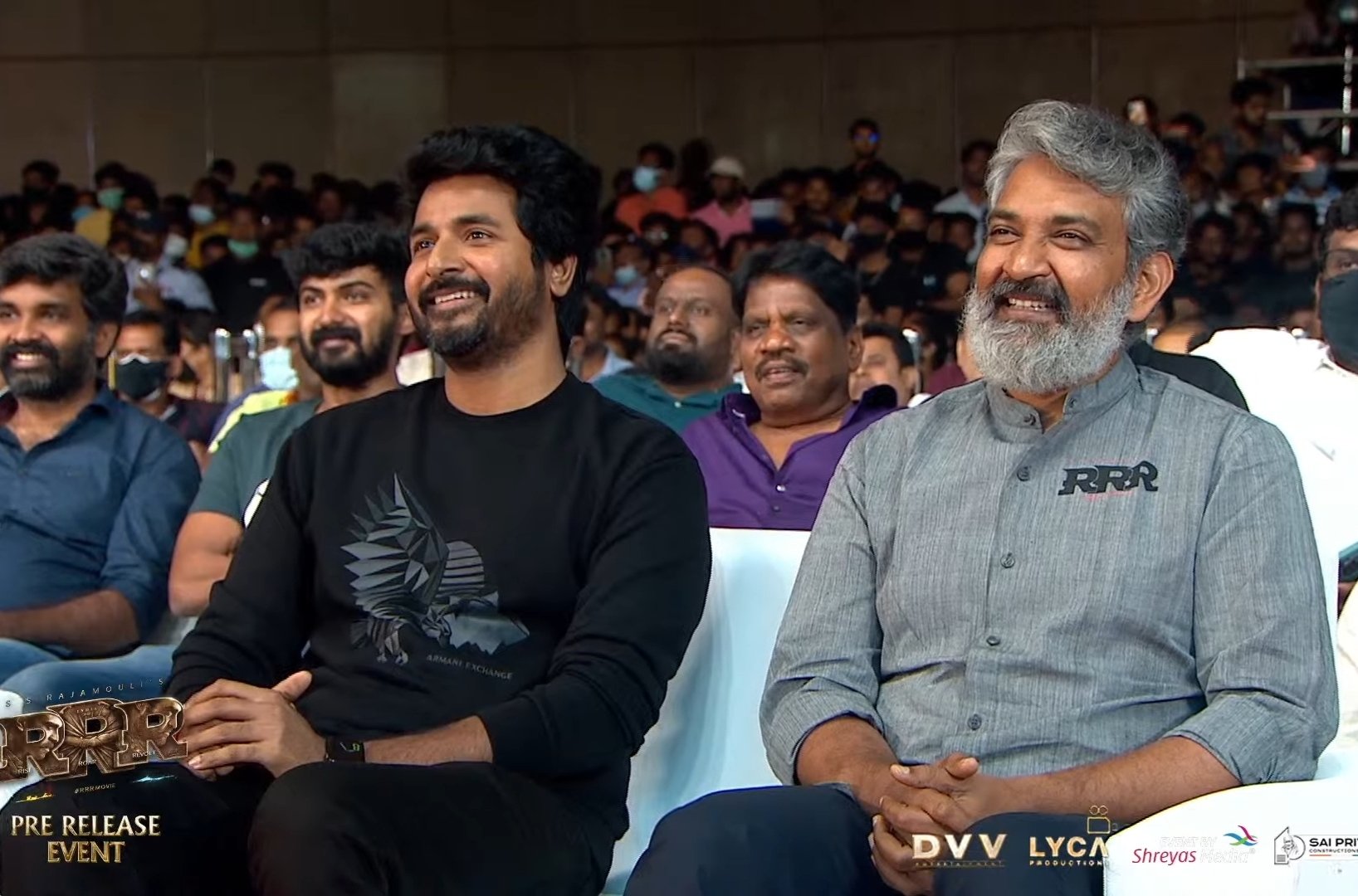 While Siva was sitting with the filmmaker himself, Vijay who was hosting the show, thanked all the artists who decorated the show with their skills. When he forgot to mention the drummer, Siva gestured to Vijay, his Don co-star to mention him after which the latter made the audience applause for the musician.

This gesture from the actor won the hearts of many online users which is evident through the comments that are surfacing in the micro blogging social media site. Check out some of the reactions below :

#Sivakarthikeyan gestering the anchor that he missed thanking the Drummer. Such a humble person #RRRPreReleaseEvent #RRR pic.twitter.com/eJUthmMjXd

The Madras High Court restrained the police from arresting AR Murugadoss till 27 November after the director filed a plea seeking anticipatory bail, according to Hindustan...