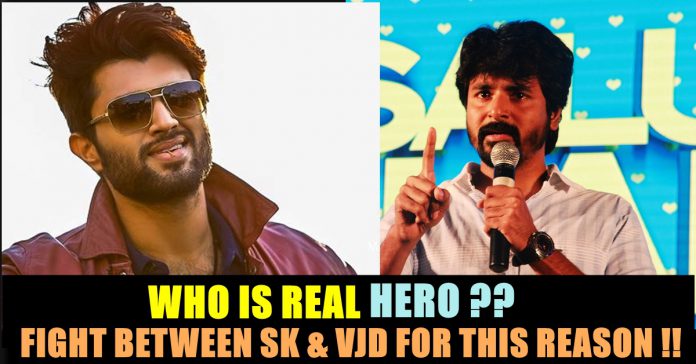 In what could be called a rare coincidence, both Sivakarthikeyan and Vijay Deverakonda will have the same title for their next film – Hero. The makers of the respective projects on Thursday revealed the title and it caught the fans of both the actors totally off guard. 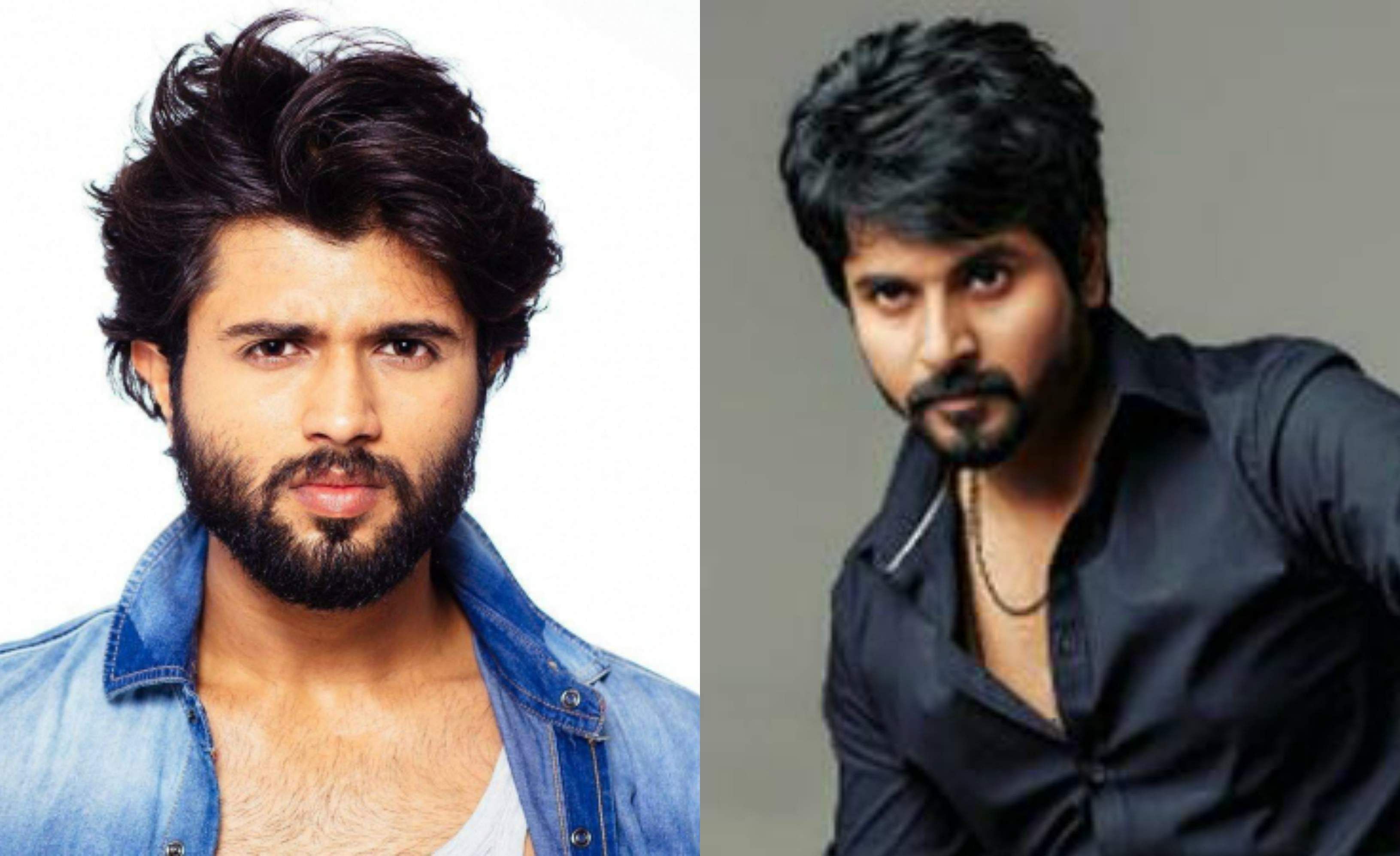 Sivakarthikeyan’s new film with director PS Mithran has been titled Hero, and the project was officially launched in a customary ceremony on Thursday. Kalyani Priyadarshan, daughter of veteran filmmaker Priyadarshan, makes her Tamil debut with this film. Siva’s film will be produced by KJR Studios and the project marks his first time collaboration with Mithran. 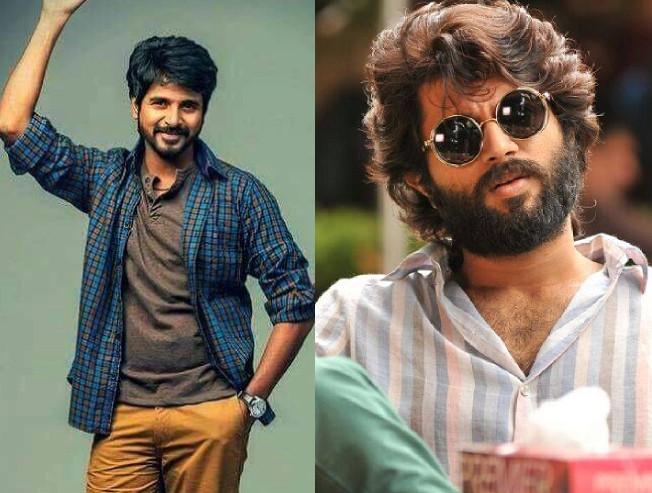 It was announced yesterday that Sivakarthikeyan is teaming up with director PS Mithran of Irumbu Thirai fame for a film titled Hero. Similarly, another Vijay Deverakonda Tamil-Telugu film has been announced with the same title, which will be directed by Anand Annamalai.

Anand is stubborn that he will not give up the title since it is an apt one for his film, which is being made in four languages – Tamil, Telugu, Malayalam and Kannada. Anand has also said that he can’t have different titles for each state.

Anand claims that the rights of the film title is with Tribal Arts. The production house was formed by Anand and M Manikandan.

Similarly, the producer of Sivakarthikeyan film, Kotapadi Rajesh, is also not willing to let go of the title.

The problem has become complicated since both Anand and Kotapadi Rajesh have registered the title with Tamil Film Producers Council. 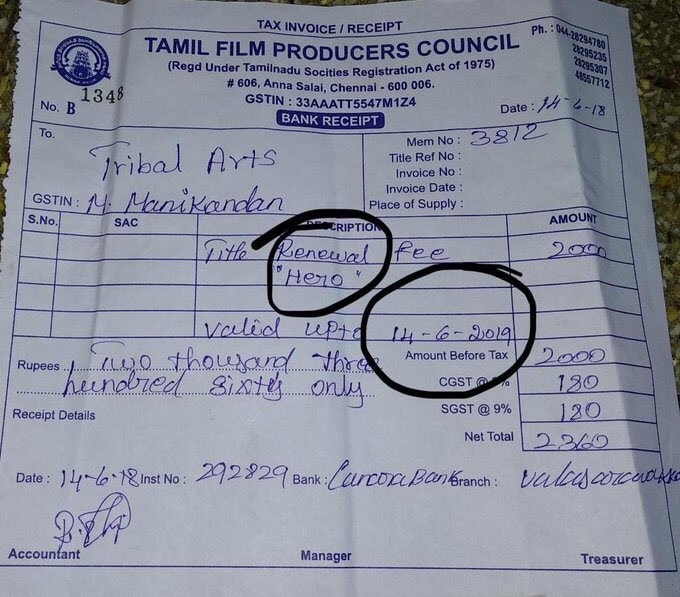 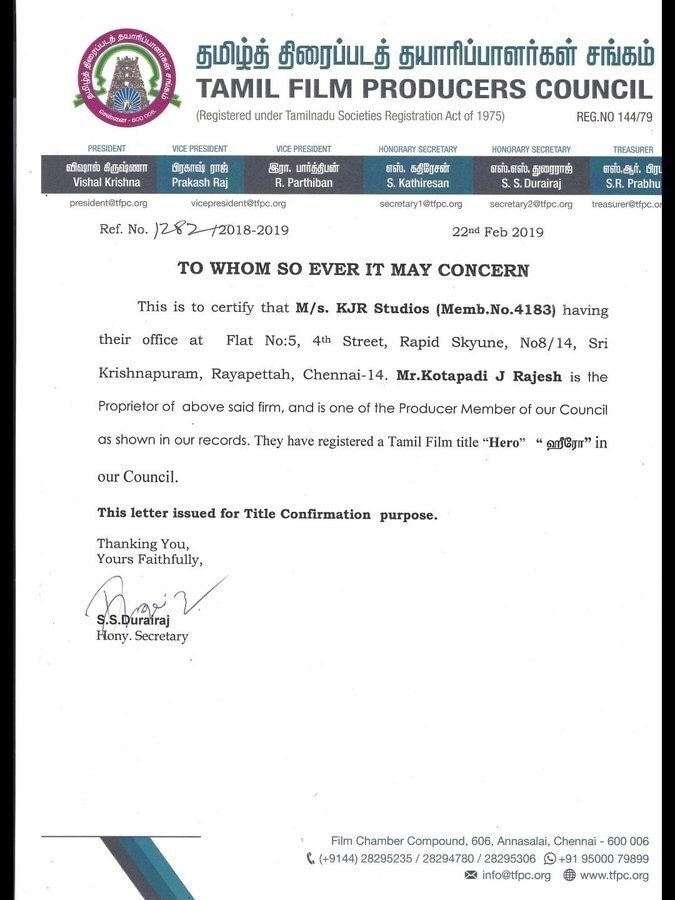 With both sides holding rights over the title, it is unclear which film is going to retain the name Hero.

Sivakarthikeyan’s Hero went on floors yesterday with a customary puja. The film marks the debut of Kalyani Priyadarshan.

🎥Hero is the title of
Vijay Deverakonda
‘s next directed by 🎞AnandAnnamalai
and will be made simultaneously in 4 South Indian languages – Telugu
Tamil
Kannada
Malayalam. 📹Shooting will start from April 22 in New Delhi.🎬 pic.twitter.com/EJixouevPu

Sarkar has suffered a serious setback, as the South Indian Film Writers’ Association (SIFW) has declared that the story of assistant director Varun’s Sengol...

Actor Vishal, in the recent days, announced his entry into politics by stating that he will be contesting in the R.K. Nagar by-poll elections....