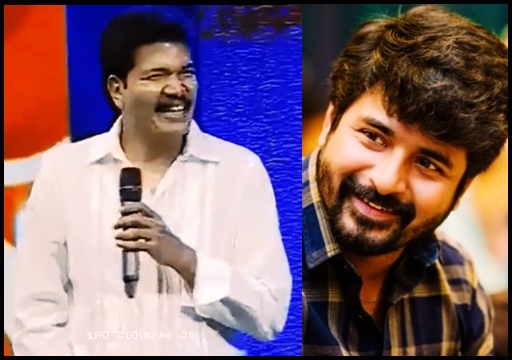 Sivakarthikeyan Reacted To This Old Video Of Himself Trolling Director Shankar !!

Sivakarthikeyan who is currently busy signing movies for different productions houses and doing movies under his own production, reacted to a video shared by one of his fans in Twitter. The video shows himself hosting a show with “Neeya Naana” fame Gopinath and interacting with ace Director Shankar and his wife. Sharing the video, Sivakarthikeyan cherished it saying that it gives him the memories of older days and makes him feel so special.

The actor’s reply tweet garnered wide reach with the users of the micro blogging social media site lauding the actor’s humour sense and “anchoring” ability in the initial days of his career. In the video which was shot for the event celebrating the 100th day of Shankar-Vijay’s “Nanban”, Sivakarthikeyan could be seen making fun of Director Shankar effortlessly. 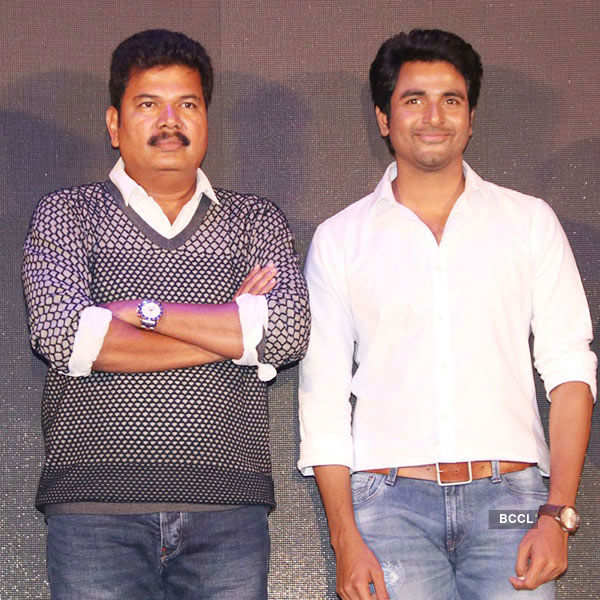 The now-star who was just 27 years old at that time, asked Shankar’s wife whether the filmmaker who is known for his grand filmmaking, would be buying 10 cars while visiting show rooms to buy a car. When Gopinath asked Shankar’s wife to sit after asking hyer a question, Siva made fun of the situation saying “She would be reluctant to sit as her husband is standing here”

One seeing the video getting circulated now, Sivakarthikeyan shared it in his twitter timeline and wrote “Memories . . feels so special”

Replying to Sivakarthikeyan’s tweet, a fan said that Tamil Television medium didn’t see an anchor like Sivakarthikeyan ever since and another one went on to wrote “From hosting Shankar sir to have him praise your acting and efforts in Remo and sitting beside him in award functions, your growth”

Hardwork, dedication and smart moves made him irreplaceable star ! Wata turn around in a decade belongs to @Siva_Kartikeyan ! https://t.co/nT1B3MNSB7

Sivakarthikeyan has became the darling of masses in a very short span of time comparing to his senior actors. Not only the fans, he is also impressing the people from his own industry. When he received “Entertainer of the year” award from Vijay in the year 2014, the “Thalapathy” actor said “I have watched all his films. His dance, acting and comedy are impressive. Kids are loving him a lot. He grabbed a spot among kids”.

As we all know Sivakarthikeyan started his career as a mimicry artist. Despite initial reluctance to participate, he won the show. He did Television hosting for a long time and attracted a separate fan following for him and it helped him after venturing into cinema. Prior his hosting career, he appeared in short films including his friend Atlee’s Mugapputhagam, Identity, Kurahl 786 and 360°. Most recently, Sivakarhikeyan gained huge accolades for gesturing Mirchi Vijay to recognize a drums player in “RRR” launch event.

Previous articleSiddharth Wrote A Letter To Saina Nehwal After All The Controversy !!
Next articleFans Trolling “Pushpa” Makers For This Major Blunder !!

Vanitha Vijayakumar’s Official Statement On The Speculations Of Media !!

Vanitha Vijayakumar came up with a long Twitter post disclosing about her mind state after several media portals speculated that she chased her husband...