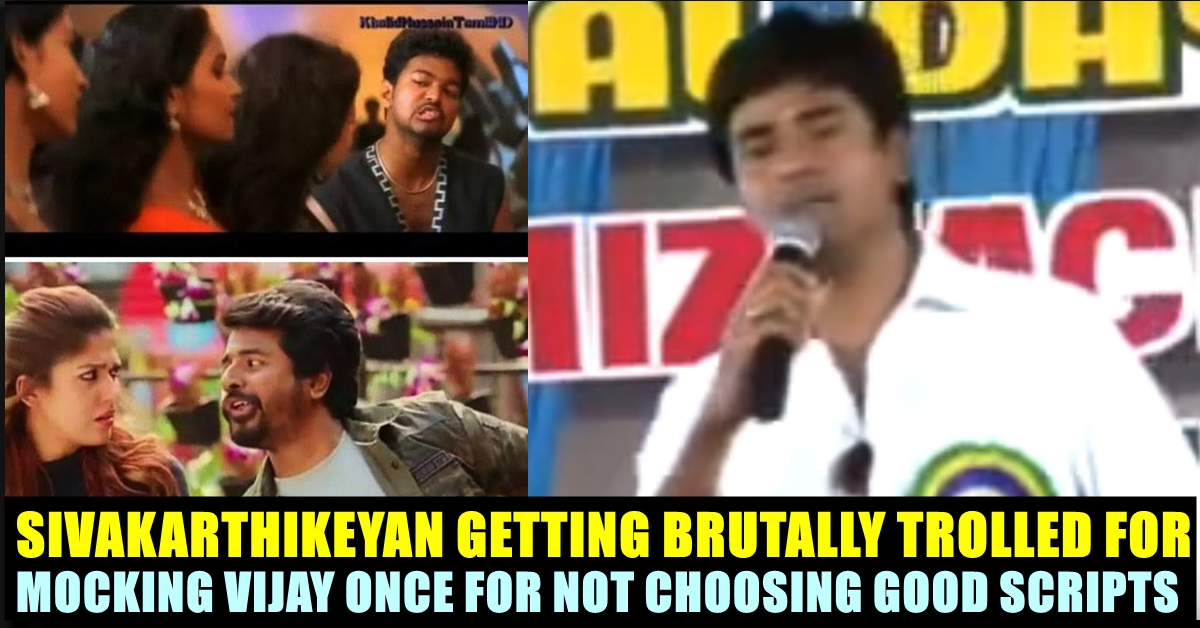 Mr.Local which has actor Sivakarthikeyan in the lead released yesterday. The film  portrays the clash between Manohar and Keerthana Vasudevan played by Sivakarthikeyan and Nayanthara respectively. As soon as getting released the film is receiving severe bashing from the online users who watched the movie. In the film, Sivakarthikeyan plays the role of Manohar who is a Sports enthusiast and has a carefree lifestyle. Nayanthara portrays Keerthana, an ambitious businesswoman. Notably, Sivakarthikeyan and Nayanthara reunited for the second time after Velaikkaran.

For it’s typical story plot and blunt jokes, Audience who couldn’t tolerate expressed their disappointment in social media platforms. Making hilarious memes out of the movie content, some fans posted Sivakarthikeyan’s old videos to troll him. During his television period, while giving a live performance Siva once imitated actor Vijay and trolled him for not choosing good scripts. Now fans posted the same video and gave Sivakarthikeyan his own medicine.

Apart from this, the movie received hilarious trolls. Check out some of them here :

When every 2k kids enjoying the comedies in ‘Mr.Local’ in theatre,
Me and @Sarvs_Sagaa be like: pic.twitter.com/uM1mCVYq1i

Unnecessary punch lines and lengthy dialogues, #MrLocal is a average performer. There is no strong story line. Comedy fails at many places. #nayantara looks dashing. However, doesn’t mark upto the expectations. Update for 1st half #MrLocalFromToday #MrLocalReview #Sivakarthikeyan

Earlier, the filmmakers confirmed that the film is not a remake of the 2017 Telugu hit film Nenu Local which starred Nani. Now what most of the fans are thinking is that it could have been the remake of it.

Have you watched the movie yet ?? Comment your views below !!