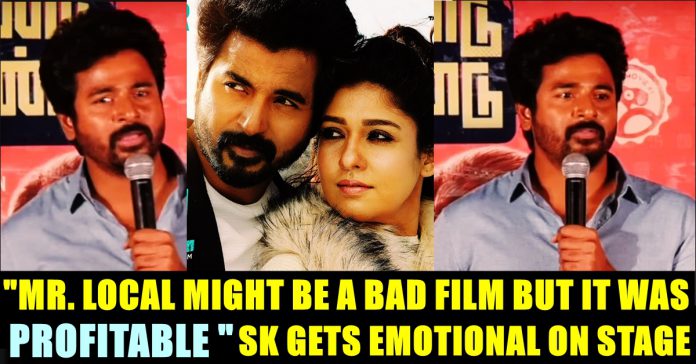 Today, on the movie’s audio launch function, Sivakarthikeyan has announced his next production with Arun Prabhu Purushothaman whose debuted with the critically acclaimed movie “Aruvi”. The film portrayed the events that occur in the life of Aruvi (Aditi Balan), a rebellious young woman who seeks to expose the consumerist and misogynistic nature of modern civilisation, while attempting to find meaning during a period of existential crisis. 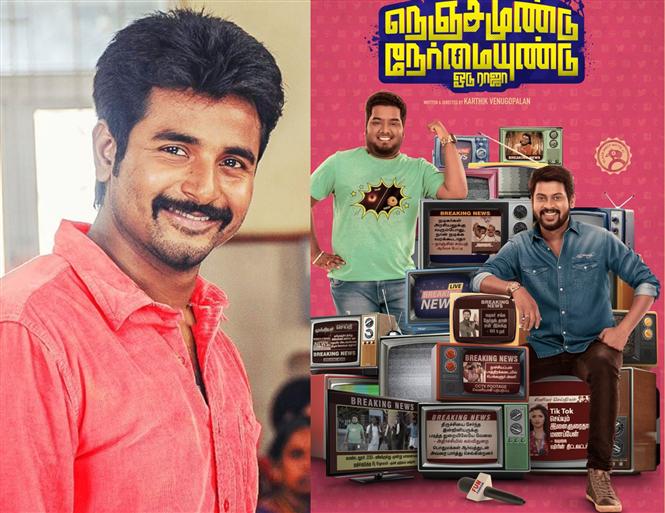 While giving his speech Sivakarthikeyan who was last seen in the movie Mr.Local, heaped all praise to the crew of “Nenjamundu Nermayundu Odu Raja”. He also talked about Mr.Local’s performance among the audience. The “Remo” actor declared that the movie did not impress audience as much he expected.

“During a win, we will feel like standing as a team but when we face a defeat we will feel like standing alone. However what actually matters is if we standing or not. I am standing. My upcoming films will not be like Mr.Local. I have line up movies which will relate you and make you enjoy while coming out of the theatre. In a game if we lose a match, we have only lost the match, not the whole life. This is what I believe in. The movies which I will be doing in the future will definitely be a profitable one for my producers. In fact my last film also a profitable one for my producer as far as money is concerned but let us not talk about it here”

Sivakarthikeyan is an Indian actor, playback singer, producer and lyricist who works in Tamil films. He began his career in television as stand up comedian and reality show personality at Star Vijay. He made his acting debut in Marina. He continued acting in back to back films like Manam Kothi Paravai, Kedi Billa Killadi Ranga and achieved stardom with Ethir Neechal. What do you think on this speech of Sivakarthikeyan ?? Comment your views below !!

Previous articleIlayaraja Once Again Caught In Controversy For Scolding His Own Fans !! WATCH VIDEO !!
Next articleSelvaraghavan Answered To A Fan’s Most Complicated Question !! Check Out !!

For trying to earn money by utilizing this crucial situation, comedy actor Bala Saravanan who is known for acting in films like "Pannayaarum Pathminiyum",...

Sanju Manju Said That He Wants Axar Patel To Play For India Instead Of Jadeja !! Check Replies

Ravindra Jadeja's 11 balls 31 in a crucial time helped his team to clinch the victory against Kolkata Knight Riders in the 49th league...

2D Entertainment Private Limited has posted an imposter alert on Twitter. The post is regarding the fake auditions. They have made a fraudulent claim...