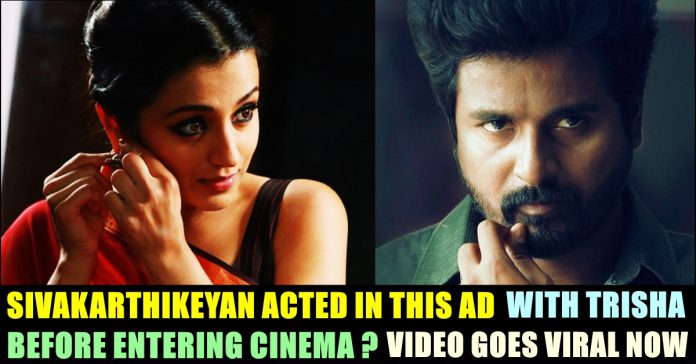 Actor Sivakarthikeyan, who enjoys a fan following among all age groups and across genders, is the upcoming star in Tamil film industry. He was last seen in Namma Veetu Pillai and Hero directed by Pandiraj and P.S Mithran respectively. Sivakarthikeyan is one of the busiest actor in Kollywood industry right now. Having commitments for nearly half a dozen movies, Sivakarthikeyan’s third production venture also getting ready on full swing.

As we all know Sivakarthikeyan started his career as a mimicry artist. Despite initial reluctance to participate, he won the show. Prior his hosting career, he appeared in short films including his friend Atlee’s Mugapputhagam, Identity, Kurahl 786 and 360°. After debuting in Tamil film industry as protagonist through Pandiraj’s Marina, Sivakarthikeyan went on to give massive successes such as Maan Karate, Remo etc. So far Sivakarthikeyan paired with almost all the top heroines such as Nayanthara, Samantha, Keerthy Suresh and Hansika. However, he is yet to pair with actress Trisha who is considered as one of the high profile heroine in Tamil film industry.

Check out the other advertisements of the same brand below :

This video is currently trending in social media platforms and we can see comments from the Internet users of 2020 in the video which was released 10 years ago. Check out the screenshots of the comments :

It is notable that Sivakarthikeyan performed mimicry in the presence of Trisha during his Vijay tv times. Watch the video here :

In a recent interaction with a famous youtube channel, Trisha gave her opinion about the reach of Sivakarthikeyan and defined it as pure growth. On the work front, Sivakarthikeyan is expected to be seen is director Nelson’s “Doctor”. His science fiction film with director Ravikumar is also expected soon. On the other hand, Trisha’s “Paramapatha Vilayattu” is about to hit the screens soon.

Comment your views on this growth of Sivakarthikeyan from a junior artist to one of the leading actors in Kollywood !!