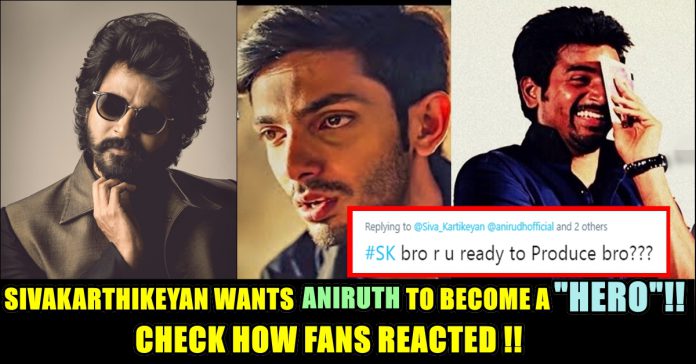 A four-and-a-half-minute promo song from Nayanthara’s upcoming film, Kolamavu Kokila, was released on Sunday. The makers have also confirmed the release date of the film as August 17 towards the end of this video song. Titled ‘Thittam Poda Theriyala’, this song features Anirudh, the film’s music composer, and has clips from the film as well. Anirudh is seen vandalising a set and shattering glasses with a baseball bat.

It was earlier announced that Nayanthara’s CoCo would clash with Kamal Haasan’s Vishwaroopam 2. Soon after, the makers decided to postpone its release, moving it by a week to August 17.

Directed by debutant Nelson Dilip Kumar, this film will be Nayanthara’s second release of the year.

The first song, ‘Kalyana Vayasu’ that was released in May this year received great response. The video song has Yogi Babu working at a grocery shop and has a compilation of him dancing, stalking, skipping and riding the bike. Composed and rendered by Anirudh, the song has both English and Tamil lines, penned by actor Sivakarthikeyan. The film marks Anirudh’s collaboration with Nayanthara after Naanum Rowdy Dhaan and Velaikkaran.

The trailer which released on July 5 has Nayanthara playing the role of a smuggler. The film also stars Sharanya Ponvannan.

Besides composing the tunes and singing it, Aniruth has also performed in “Thittam Poda Theriyala” song.

The music video shows a baseball bat-wielding Anirudh charging at a group of men, who appear to be snorting cocaine. Thittam Poda Theriyala, which roughly translates to ‘I don’t know how to hatch plans,’ speaks about Nayanthara’s character and her internal struggles. The song is written by filmmaker Vignesh Shivn, rumored boyfriend of Nayanthara. On seeing the video song Actor/Producer Siva Karthikeyan got excited by the performance Of Aniruth. He wrote “sirrr pls do a movie soon..just one for us..u r too good in Tis video..now I’m waiting for ur next one
@VigneshShivN bro super #KolamaavuKokila @Nelson_director #Nayanthara” Vignesh Shivan nodded for Sivakarthikeyan by saying that he also suggested Aniruth to act in a movie way earlier. But he refused he wrote.

Aniruth simply replied “You d Best” in the comment section. But it does not clear whom he is mentioning :

Fans also expressed their thought on the suggestion of Siva Karthikeyan. Check out some of them here :

🤩
A movie starring @anirudhofficial would be a treat to our eyes but still , We Anirudhians are so happy and proud of Anirudh’s true skills in Music and are satisfied with this much acting itself 😁 Let him just bring us super cool music day by day !

Lol no offence stop sucking up, Anirudh the video was below average, don’t even understand the point of the video

Kolamavu Kokila is directed by debutante director Nelson. The film has been produced by Lyca Productions. Nelson has earlier directed several reality shows and television programs. Kolamavu Kokila is touted to be a dark crime comedy that revolves around smuggling drugs.

The speculations were rife that Nayanthara’s Kokila is inspired by Walter White from hit US TV series Breaking Bad.

The trailer of Kolamavu Kokila suggests Nayanthara’s character is on a mission to rip off drug dealers with the help of her rookie members of her family and social circle.

Previous articleBREAKING : Police Brutality Against The Key Witness Of Kathua Rape Case !! Tortured By Police In Custody !!
Next articleArjun Tendulkar Spotted Dating This Girl Who Proposed Virat Kohli Once !! Look Who She Is !!