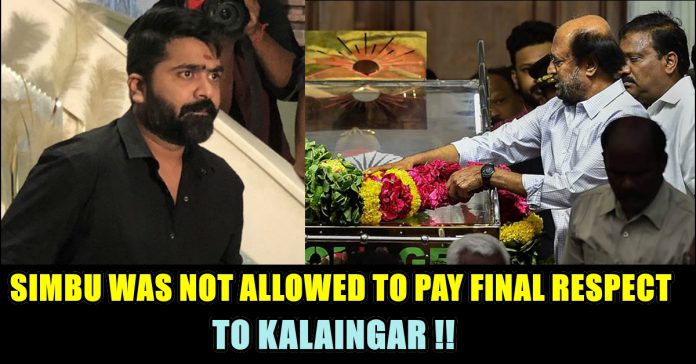 Politician-screenwriter M. Karunanithi passed away on Tuesday. He was 94. Karunanidhi started his career as a screenwriter in Tamil films. His first film as a writer released in 1947, but appreciation came his way after his 1952 film Parasakthi. The 1952 film also marked the debut of Sivaji Ganeshan and was the story of a family that faces many trials during World War II. The film was criticised at the time of its release as its content was quite bold in terms of its ideology. Karunanidhi was not afraid of expressing his thoughts when it came to a film’s script. Many of his films spoke about subjects like widow remarriage, abolition of zamindari and untouchability among other issues. A few of his plays were banned in the 1950s because of their content. For him, cinema was a vehicle of presenting his political thoughts and ideologies. His last film as a screenwriter was Ponnar Shankar that released in 2011.

So many celebrities all over from the country paid tribute to the leader including Amitabh Bhachan, Rajinikanth and Kamal Haasan. Some of them went in person and paid respect to the late leader and the rest used their official twitter account to express their emotions. Multi-faced Kollywood celebrity Silambarasan went to the funeral ceremony of Kalaingar Karunanithi to pay his final respect to the leader. As per a report of Galatta Media  he was not allowed inside the Rajaji Hall to pay respect because of the arrival of Prime Minister Narendra Modi. The actor tried to go inside after sometime but he was not allowed that time too because of the Congress leader Rahul Gandhi’s existence. Then it is said that STR left the place without paying respect to his Grand father like figure. His most recent video in which he mentioned his personal moments with Kalaingar was here :

Previous articleKalaignar’s First Massive Protest For The Love Of His Language !! He Was Just 29 Then !!
Next articleMahat Says In BIGG BOSS About His Meeting With Kalaingar Karunanithi !! Watch Video !!