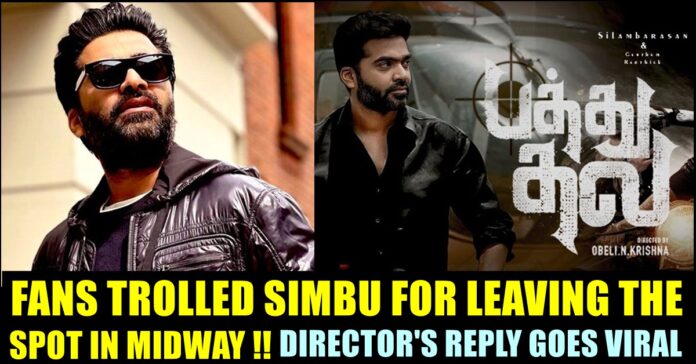 Ever since returning from Kerala after going through body transformation through diet, work outs and other activites, Simbu is attending the shooting of his films in an uninterrupted manner is what reports suggested. The actor who completed “Maanaadu”, recently wrapped for “Vendhu Thaninthathu Kaadu”. He also took part in the Bigg Boss show ultimate version as a guest and committed few other projects as per reports. 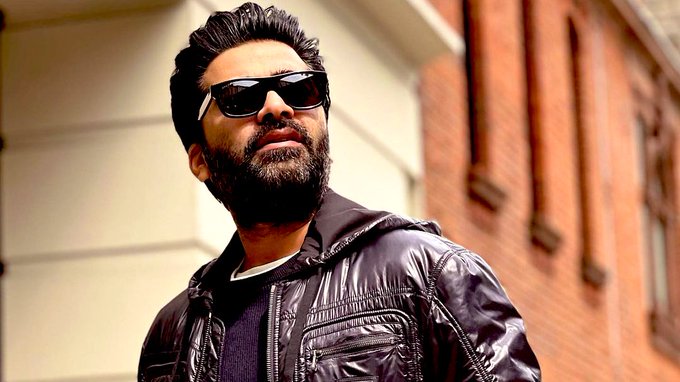 The actor is also busy completing the shooting of “Pathu Thala”, remake of 2017 release Kannada blockbuster film “Mufti “. The film is being directed by Obeli N Krishna who is known for directing films such as “Sillunu oru Kaadhal”, “Nedunchaalai” etc. The film stars Gautham Karthick, Teejay, Priya Bhavani Shankar and others and is being produced by Studio Greens of Gnanavel Raja.

Most lately, a report surfaced saying that the makers of the film were forced to stop the film’s shooting after Simbu left to Chennai in midway. According to the cinema journalists of Valaipechu, the actor was asked to remove his shirt while getting down from his car and boarding a helicopter for a scene.

As soon as hearing the scene, Simbu asked the director to wait for one month to reduce his weight to look good on the scene, as per the video released by Valaipechu. Though the director changed the scene by removing the shirt removal scene, the actor left to Chennai without informing the filmmaker.

The video created controversy around Simbu and comments trolling the actor started surfacing. However, filmmaker Krishna came up with a clarification in his official Twitter handle, brushing off the baseless speculations.

“Dear all , Kindly don’t spread rumours. Our #atman @SilambarasanTR_ is giving us more than our expectations. I personally enjoying the moments of his presence . I am sure everyone feels same on screen ..cheers” read the tweet of the filmmaker.

Dear all , Kindly don’t spread rumours. Our #atman @SilambarasanTR_ is giving us more than our expectations. I personally enjoying the moments of his presence . I am sure everyone feels same on screen ..cheers https://t.co/nV4EakJlZf @StudioGreen2 @kegvraja @NehaGnanavel

After seeing the clarification, fans of actor Simbu started trolling Valaipechu through their comments.

@dearshakthi @Anthanan_Offl @jbismi14 Do Apologise for this , everytime u guys r doing d same thing, dat to only for our Hero @SilambarasanTR_ Atleast Try to be gud humans & try to give us gud Journalism 🤦#Spreadlove #Spreadpositivity ❤️ https://t.co/S4uq5B39OZ pic.twitter.com/hGrJr3VocI

Previous articleMemes On “Rugged Boys” Are Trending After An Old Video Of Girl From TV Show Went Viral!!
Next articleChennai Police Prevented Man From Entering Commissioner Office For Wearing “Lungi” !!

Virat Kohli and MS Dhoni are two of the cricketers who are enjoying a large number of fan followers. We have witnessed incidents where...