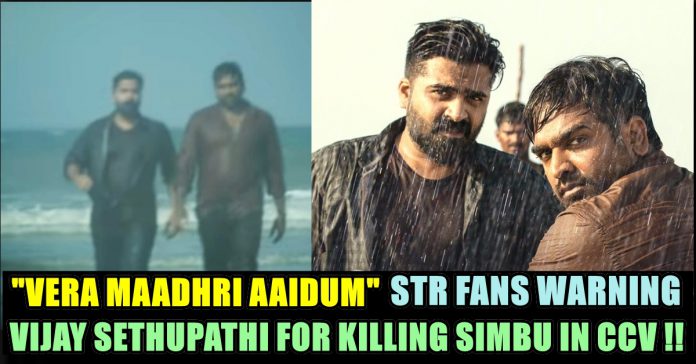 The fact that one of our best directors – Mani Ratnam – has returned to his ‘Nayakan days’ with his new film Chekka Chivantha Vaanam gives us an excuse to examine the thorny issue of how violence is represented in modern Tamil cinema. I mean if we did this with regard to Saamy Square, you probably would not read the rest of the story, right?

Violence, though not always graphic, is nearly omnipresent in CCV. How did we reach this point when it became okay to show audiences such high levels of savagery? In CCV, we are shown a paranoid world where brother turns against brother (in nearly biblical proportions) and gunshots mark every other scene. When a major character casually walks to a window, we need to worry about her life. Women, especially Jyothika’s Chithra, and the children are neither innocent nor safe. When Mani Ratnam makes a gangster flick, it is clear that we have to sit up and take notice, irrespective of how it does at the box-office. The use of guns is not new to Tamil cinema, but the language of bloodshed has changed over the years; the fabric of brutality is not of the same texture anymore. And, this novelty has been in the making for quite a while now.

Soon, along with the appearance of beards on the faces of leads, sickles were everywhere in cinema. “Gangster films have a high commercial quotient. The action film genre has been a continuing success. This is why directors return to exploit the genre repeatedly,” says Devibharathi, author, screenplay writer and film critic. The film is having a good run at the box office, and has also received positive reviews alike. It has Simbu, Vijay Sethupathi, Arun Vijay, Arvind Swami, Jyothika, Dayana Erappa, Aditi Rao Hydari and Aishwarya Rajesh in the lead roles.

It had AR Rahman composing the music, while Santosh Sivan handled the cinematography. The latest buzz on Mani Ratnam’s next movie after this, is that – There is a good chance that he might be collaborating with Lyca Productions again similar to CCV. Though it is expected to take around 3 months to know more about the film, cast and crew, an official announcement of this project is awaited. Meanwhile the climax of the film contains an ending scene in which Vijay Sethupathi will shoot Simbu to kill him. On seeing this some of the fans of Simbu came up with billboards in a note of condemning Vijay Sethupathi as he has killed Simbu in the movie.

The picture is going viral and it says “I will bear whatever happens to me, but if anything bad happens to STR , whoever may done it, they will suffer”

What do you think on this gesture , let us know !!