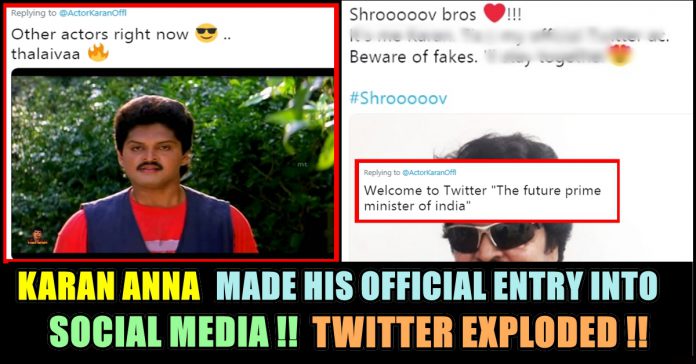 Karan is an Indian actor who has appeared predominantly in Tamil language films. After starting his career as a child actor, he moved on to appear in supporting roles throughout the 1990s, often portraying antagonistic roles. In the mid-2000s, after a sabbatical, Karan chose to prioritize appearing in films where he would portray the lead role following the relative success of Kokki. A background track from one of Karan’s films — ‘Shroov’ — has also been doing the rounds on social media. In a career that has spanned over 40 years, child artiste-turned-actor Karan feels “blessed about what’s happening right now”. The Kokki actor has been trending on social media over the past few weeks, and this, despite him not doing a single film in the last two years. It started when a scene from the 1996 film Coimbatore Mappillai went viral for its ‘Shroov’ background score used for Karan’s character, Mahesh, when his plans of winning over a girl get foiled because of Balu. 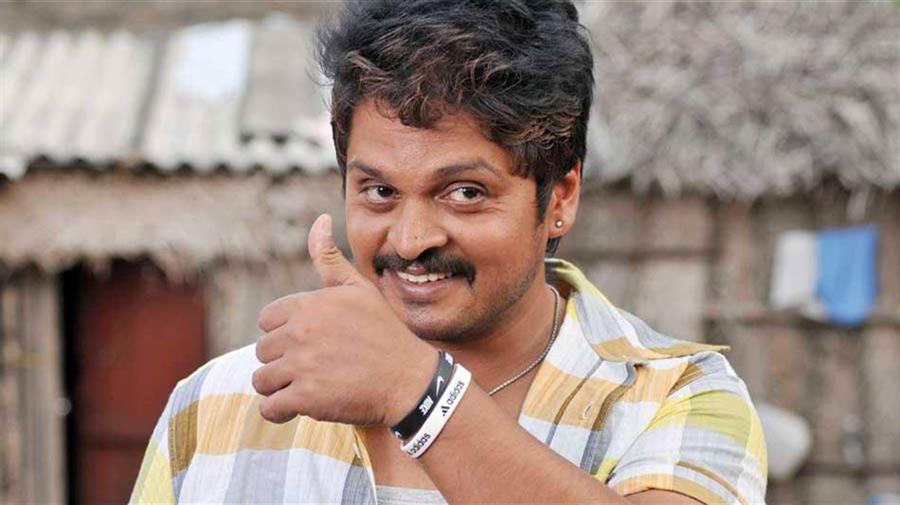 In an interview with Indian Express actor Karan said “Whether it’s a troll or a trend, it’s good because it’s all about me. Any actor will naturally love it (laughs). Moreover, the ‘Shroov’ scene is more than two decades old; so receiving appreciation for a work that I did a long time back means a lot to me.”

The craze isn’t just online. The actor was mobbed when he went to watch a film recently. “I had gone to a mall to watch Equalizer 2 and though it’s normal for people to come up to me and take selfies, this time, I was really mobbed. I couldn’t even move from the spot and I ended up missing 20 minutes of the film (smiles). But I could see their love for me in person and that’s huge,” says Karan. “It told me it’s not just messages that spread. Something like ‘Shroov’ now trending really shows the power of cinema.

Now to all our surprise the actor has made his entry into twitter it seems which excited many twitter users. The post of his new account said “Shrooooov bros !!! It’s me Karan. Tis s my official Twitter ac. Beware of fakes. ‘ll stay together #Shrooooov” with a photo of him.

The account already followed nearly by 4000 twitter including filmmaker Thiyagaraja Kumararaja. Check out some of the reactions his entry received :

Welcome to Twitter “The future prime minister of india”

While talking to Indian Express the actor said, “Social media is going to get more influential and more such scenes from old films will be dug up. I want to be satisfied with the films I’ve done later when that happens.” The actor feels more responsible now. “I cannot say I have a great image, but I can’t say I don’t have one either. I’m planning on a new project now.”

What do you feel on Karan’s entry into social media ?? Comment your views below !!