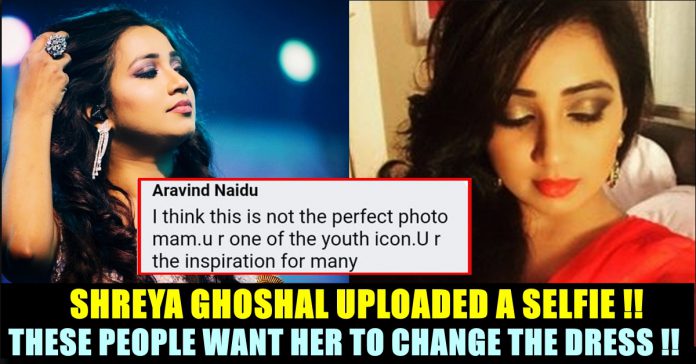 The queen of melody Shreya Ghoshal, who is 35 year old, having an amazing singing career, which spans across two decades. Shreya made her singing debut in with Shah Rukh Khan starrer ‘Devdas’.

One of the most popular playback singers across India, Shreya began her formal training in classical music when she was just six-years-old. At the age of 16, she won the TV singing reality show ‘Sa Re Ga Ma Pa’ and since then, there was no looking back for her. She has received several accolades including four National Film Awards, six Filmfare Awards including five for Best Female Playback Singer, nine Filmfare Awards South, Four Kerala State Film Awards and two Tamil Nadu State Film Awards.

Shreya Ghoshal dated her childhood friend Shiladitya Mukhopadhyaya for almost ten years before getting married in 2015. She became the first Indian singer to have her wax figure in Madame Tussauds Museum in 2017.

Shreya Ghoshal is a singer who is constantly on the move due to her movie, Television and radio commitments. She is also one of the many celebrities who is very active on social media platforms. She never misses to post about the events she is attending and about the movie songs she has been singing in her social media account. In the same manner the actress uploaded a picture of her in her facebook account. 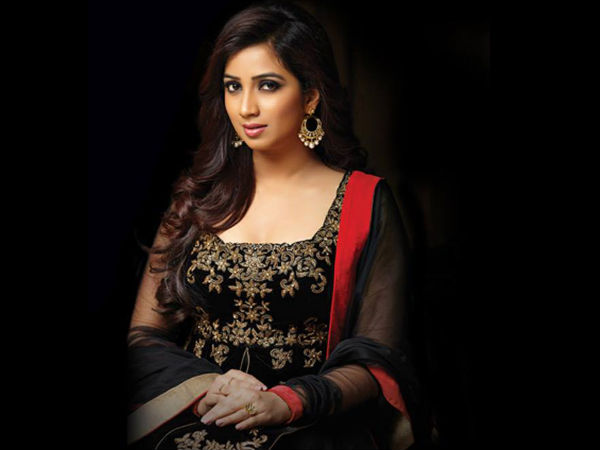 The post is a selfie of the singer herself in a beautiful attire. It also liked by more than 1 lakh people and shared by almost 1000 people. Though it was loved by most number of the people, a separate set of her followers found the post of the singer as irrelevant. They thought that it is not right for Shreya Ghoshal to wear such dress. The reason for their comments varied from person to person.

Here’s the picture that was uploaded by Shreya Ghoshal : Internet trolling is something which is almost every celebrity in the world are facing in daily basis. Some won’t mind and react to the trolls they are receiving but some will get offended and give it back to the trollers right away. But Shreya who seem to be not cared about all such comments uploaded the same picture as her profile picture recently and also uploaded couple more pictures in the same attire :

Apart from playback singing, Ghoshal has appeared as a judge on several television reality shows and she also appears in music videos. She performs in musical concerts around the world. She has been honored by the United States state of Ohio, where Governor Ted Strickland declared 26 June 2010 as “Shreya Ghoshal Day”.

Ghoshal gave many memorable songs for the fans of Tamilnadu such as “Ayyayo” from Paruthiveeran “Neethane” from Mersal etc. Ghoshal completed her schooling up to eighth grade at the Atomic Energy Central School in Rawatbhata.

Previous articleThis Beautiful Actress Proposed Trisha & Wants To Marry Her !! SHOCKING !!
Next articleVaralakshmi Sarathkumar Shuts Down A Reporter With Her Bold Reply !! WATCH !!