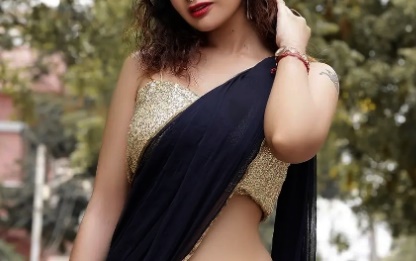 “Show Some Acting Skill Rather Than Glamour” – Fans! Check How This Actress Replied

Emerging actress Dharsha Gupta, through one of her recent posts, replied to her followers who asked her to show some acting skill and hardwork instead of focusing only on glamour. Uploading a video of herself preparing for a stunt scene of her recently released film “Oh My Kadavule”, the actress said that it is her answer to such questions. Dharsha said that she didn’t eat anything from morning till 6 pm for that scene.

Dharsha Gupta rose to fame after appearing in the cookery show “Cooku with Comali” as one of the contestants. Enjoying more than 2 million followers for her Instagram handle, Dharsha is pretty much busy engaging them with the pictures from her photoshoots, uploading reel videos and by updating them about her upcoming works.

She who made her silver screen debut through director Mohan G’s “Ruthra Thandavam”, has acted in “Oh My Ghost”, a horror flick in which Sunny Leone debuting to Tamil film industry as a lead actress. Along with Dharsha, the film has comedy actor Sathish, Youtuber G. P Muthu and others in the supporting roles.

Apart from her acting stints, Dharsha is known for participating in hot photoshoots to flaunt her looks and appearance. Along with the fan following she gained through her social media existence, she also started receiving hatred. Many challenged the actress to exhibit her acting skills and hardwork instead of relying only on glamour.

In a way of replying to them all, Dharsha came up with the BTS video from “OMG” and said that it is for them. “I’m dedicating this video to everyone who asked me to show my acting skills and hardwork rather than glamour” the actress said through her post.

“Didn’t eat anything & didn’t had little water also from morning till eve 6pm, to shoot this scene. Nothing happens so easily without hardwork. Luv u all” her post further read.

In the video, technicians could be seen preparing Dharsha to hang from the top with the support of ropes to make her look like a ghost. They could be seen trying hard to get the scene in a perfect way.

Dharsha’s post garnered huge reception from her followers. Many of them could be seen appreciating the actress for responding to harsh criticisms in a positive and responsible way.

Previous article“There’s Is A Limit For Everything” – Shocking Video From TTF
Next articleFans Thrashed Bollywood After Seeing This Clip Of International Cricketers!!