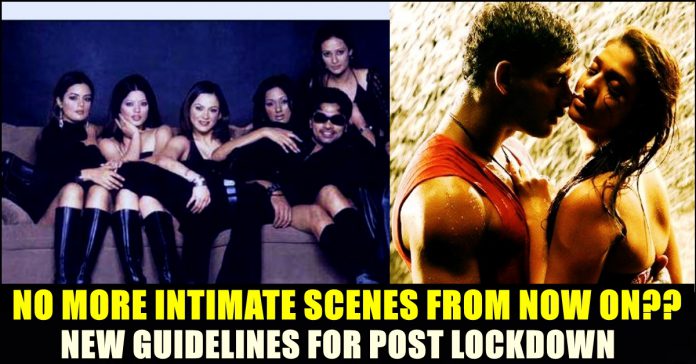 The lockdown period has been extended by the Tamilnadu government till May 31st on Sunday with some relaxations. The announcement was made by the Prime Minister of our country on the final day of initial lockdown period which is 14 of April. The decision was taken as the number of corona cases in India are increasing day by day is large manner. So far more than 96,000 positive corona cases has been reported in the country. Tamilnadu has reported more than 10,000 positive cases with 74 deaths.

To avoid community spread in India, authorities of the country are looking for all the ways to prevent it from spreading. Daily labours, Industrialists, Entrepreneurs and people working in almost every field are suffering financially due to the Corona outbreak. Indian Film industry is no exception as production of all the movies got interrupted temporarily.

Now, as government has allowed the filmmakers to conduct post production works such as editing and dubbing , representatives from various film divisions from around 20 countries including India, UK and the US had a zoom meeting on 11th of May to discuss the set of Standard Operating Procedures that will come into practice once the film shootings starts to resume.

On behalf of India, the joint secretary and chairperson of CINTAA’s (Cine & TV artists association) outreach committee, Amit Behl, participated in the video conference. In his recent interaction with a private channel show, Behl revealed about his discussion in the meeting and how eager the various film industries in India are to get back to work post lockdown.

This interruption in film shootings affected, not only the producers and actors, but also the daily labours who were working in the sets with various departments such as art, light, camera etc. Considering their lives and to safeguard their interests, the delegates at the conference worked on guidelines that will be enforced once the normalcy returns. On explaining why India should collaborate with other countries to set a structure in place for shooting, Behil, reportedly said, “Big countries like India, will have to adhere to the Standard operating procedures since we go abroad to shoot, foreign productions come here. We have to get a global handshake before filming” he said.

“If a second spike happens, we must be prepared, We want to resume filming but not at the cost of people’s lives” he added. Behl further revealed that rules and procedures that needs to be followed while filming intimate scenes were also discussed in the meeting. He said that virologists will always be present at the film sets and norms regarding other basic guidelines such as following social distancing are also been worked upon. “Guidelines pertaining to infection control established by governments and state municipal corporations will be enforced” he said.

Along with CINTAA and other cinema bodies from across the world, the Screen Actors guild american federation of Television and radio Artistes are planning to work under the guidelines of SOPs.