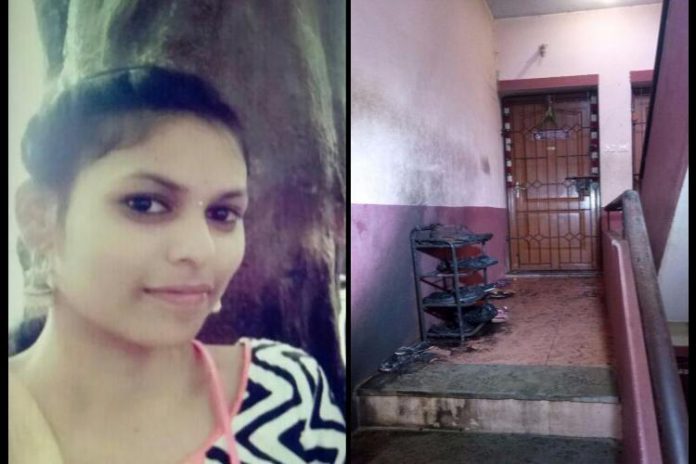 A 22-year-old IT engineer was doused with fuel and burnt alive at her home in Adambakkam on Monday by her former classmate after she reportedly rejected his proposal of marriage. The victim S. Indhuja’s mother, Renuka(43), and sister, Nivedha(20), who rushed to her rescue, suffered severe burns.

According to reports, Akash, 22, a resident of Velachery, who was a school dropout, was stalking the victim, Indhuja for more than a month as she did not respond to his proposal.

Induja’s father is currently on his way back to Chennai after hearing about the tragic incident. One of her uncles is currently handling the situation here for the family and he tells TNM that Akash did stalk the young girl. But when the family started looking for grooms for Induja, he took this drastic step.

Around 8:45 p.m. the residents of the apartment were alerted by the screaming of the victims and immediately rushed to save the family from the fire. “We ran outside and reached the gate of the apartment to see a man casually sitting on a bike and leaving. A resident who lives on the ground floor was also shouting asking us to catch him but we did not understand anything. We did not see the face of the man leaving properly,” says Raghu, a neighbour of Induja. 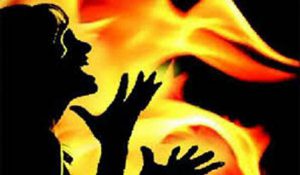 “We found the mother and younger daughter, we brought them down. We switched off the power and again went up because the mother told us that her other daughter was inside. The whole house was covered in smoke, we opened windows and put water to stop the fire. When we went inside to one of the bedrooms, we found the elder daughter burnt and unconscious on the ground,” says Raghu.

Her younger brother Manoj, who is currently in his 11th standard, was at the terrace when the incident happened.

The three were immediately taken to the Kilpauk medical college, where the doctor declared that Indhuja was ‘brought dead’ and her mother and her younger sister were in a very critical condition.

A Cousin of the deceased victim, on condition of anonymity, said, “Yes, they did go to school together. But does that mean he can come to her house and kill her? The murderer knew that her father was not in town and that is why he chose to attack on that day.”

The Adambakkam police have filed an FIR and booked Akash under Section 302 (murder) of the IPC . They however refused to divulge any further information till the enquiry was complete.