In a bizarre incident, a man from Karnataka was arrested on Wednesday after he reportedly opened a fake branch of Karnataka Bank.

Police said they recovered fake papers, three computers, a laptop, 184 passbooks and Rs 1.37 lakh cash deposited by locals. The fake branch was allegedly running for over a month.

The man, Aafaq Ahmed, who went by the name Vinod Kumar Kamble, duped the people of Mulayam Nagar of Fefna area in Ballia district by urging them to open bank accounts in the fake bank. He took a minimum balance of Rs 1000 for an account, while for the fixed deposits he took money ranging from Rs 30,000 to Rs 70,000. Ahmed was eventually arrested and a sum of Rs 1.37 lakh was recovered.He took a portion of a house on rent and opened a fake branch of the bank there, police said.

Ahmed was operating as the bank manager and multiple fake identification cards, including an Aadhaar was found with him. His ids mentioned that he was from Mumbai West. The circle officer said Karnataka Bank assistant general manager BBH Upadhyaya, along with other officials, reached Ballia and informed police that a fake branch of his bank was being operated in Mulayam Nagar area. The bank officials took the step when Ahmad failed to produced the papers they asked for.

When police reached the branch, Ahmed was sitting inside his chamber while five other employees were found working on computers at different tables. In the presence of the police, Upadhyaya sought Ahmed’s appointment letter, RBI license and authorization documents of the bank’s headquarters. When he failed to produce the required documentation, the cops arrested him. 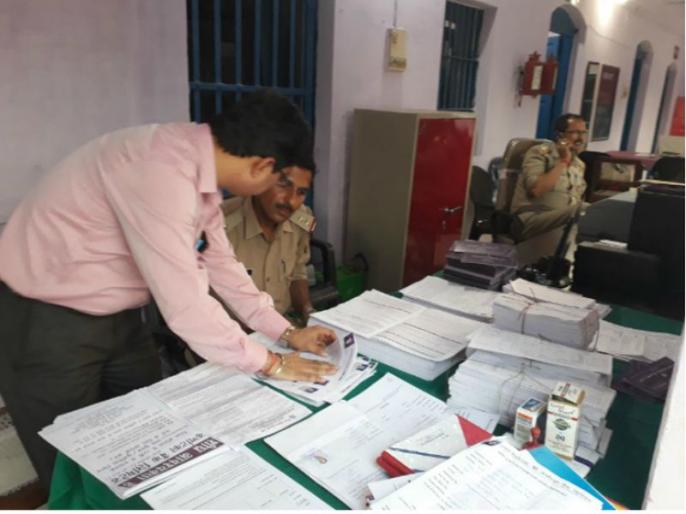 Other employees, who were locals and employed for a payment of Rs 5000 each, were spared after it was determined they had no knowledge of the scam. Their statements were recorded.

In a sequence, what had happened was that the additional general manager (AGM) of Karnataka Bank in Delhi received a phone call from an individual expressing his suspicions about the Ballia district branch’s activities. The authorities decided to dig deep into the matter and found that they have no branch in Ballia. They asked the caller to WhatsApp them a picture of the fake bank. Upon receiving the picture, the AGM, accompanied by the Varanasi branch headed to Ballia. The authorities then informed the police about the fake branch. The police are still looking into who else were involved in this scam.