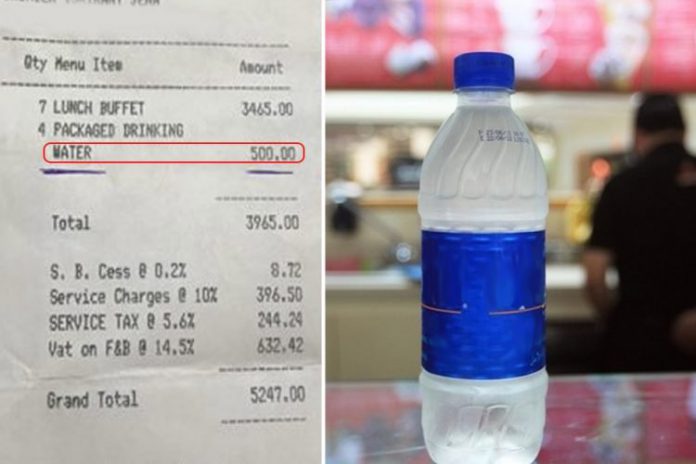 The central government passed a judgement stating that, practice of selling mineral water above MRP by restaurants, hotels, etc. was illegal and that offenders would be penalised. The center argued that, this practice is against consumer interests and is a major cause for tax evasion.

“Sale of packaged water over MRP by hotels and restaurants may have implications regarding tax evasion as a bottle purchased by a hotel at cost price, which should be sold at MRP or less, is being sold at much higher prices, leading to possible loss of additional revenue to the government in the form of service tax or excise duty etc.” Said the government. However, the supreme court opposed the government by saying that,  provisions of Legal Metrology Act will not be applicable in selling bottled water in hotels and restaurants and therefore, no prosecution can be launched against them for selling above MRP.

The court then brought into consideration, that for luxurious hotels who park their expenses in the goods and services, it is reasonable to sell water bottles at price higher than MRP.

The bench observed, “It is not a case of simple sale. Nobody goes to hotel to buy or take away a bottle of mineral water.”