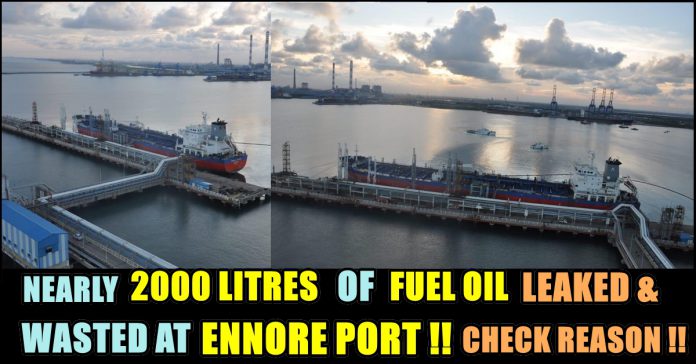 More than a year after the Ennore shore witnessed a massive oil spill after the collision of two tankers, another oil spill was reported here on Sunday. A tanker named MT Coral Stars  suffered an oil spill in the wee hours of Sunday.

A spill that released 2 tonnes of oil into the sea, just north of Chennai, raising concerns of a repeat of last year’s crisis that took a mammoth effort to clean up and damaged the area’s ecology. 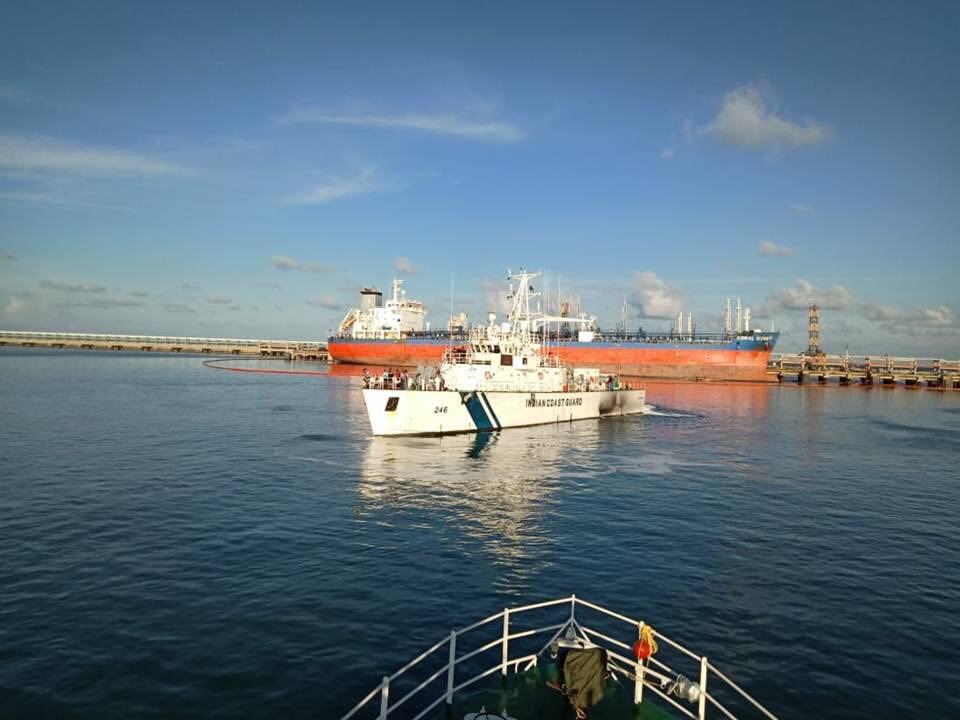 The oil spill took place at the Kamarajar Port in Ennore, around 20 km from Chennai. The same area had suffered a major oil spill when two cargo ships ran into each other in January 2017.

The incident occurred at 4.03 am when the fuel was being discharged into the port at the Marine Liquid Terminal 1. The flexible hose faced a fault and the oil was allegedly spilt. 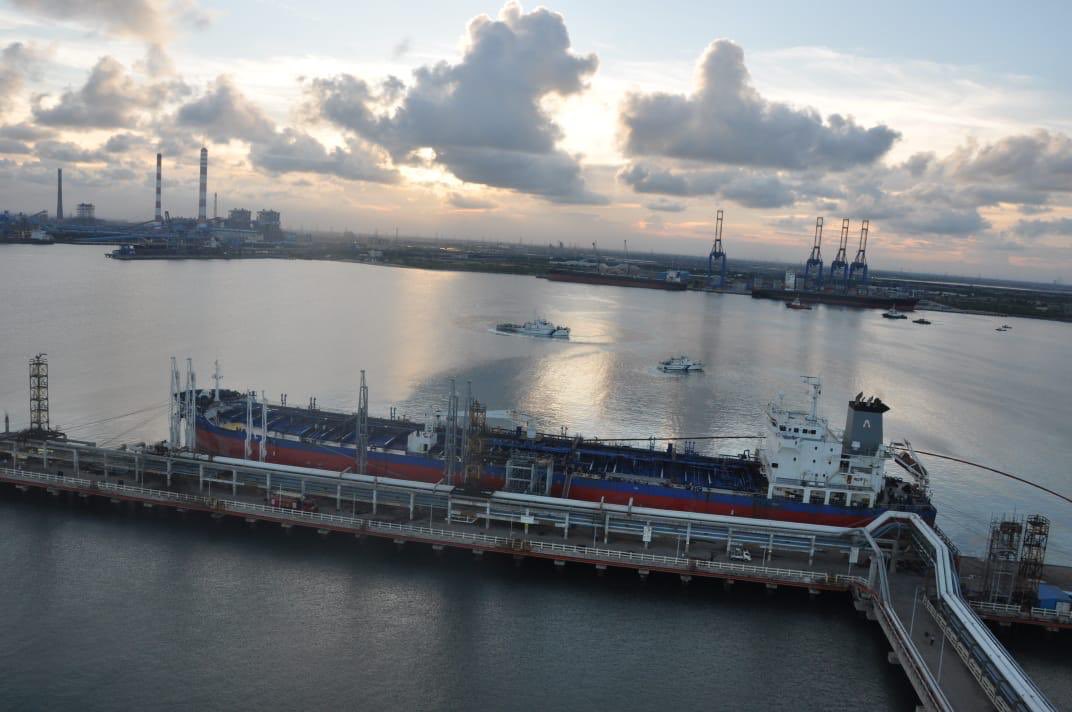 The official statement of the port read, “Because of the snapping of the hose, some quantity of fuel oil which was mostly contained in the hose got spilt in the seawater in front of the berth area. The preliminary estimate of spilt fuel oil quantity is less than 2 tonnes. The emergency response mechanism was immediately activated and all concerned agencies including the Coast Guard swung into action to attend and mitigate the situation.”

Following the incident, a Coast Guard interceptor boat and helicopter were deployed to assess the extent of oil spill. Two Coast Guard Fast Patrol Vehicles, equipped with Pollution Response equipment, were launched from Chennai for combating the spill, the statement read. 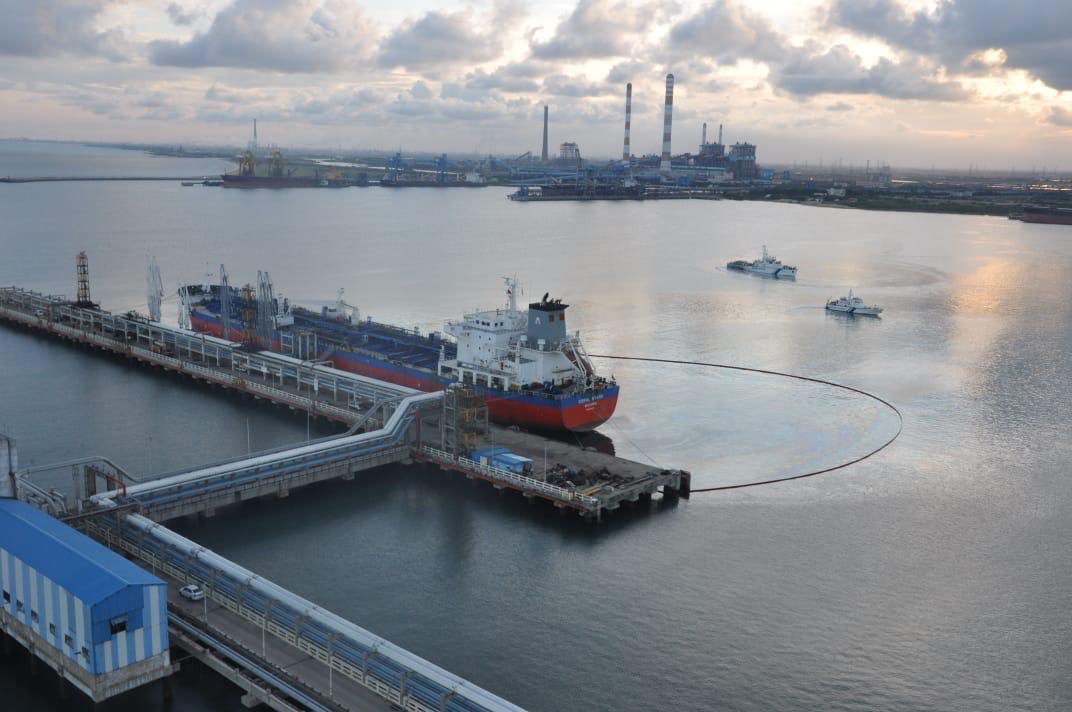 “Senior officials from CG Pollution Response Team (East), Chennai were deputed to Ennore Port for onsite assessment and guidance to port authorities for use of appropriate spill response strategy whilst actively coordinating Pollution Response operations through the day,”  as per the statement. Meanwhile, top officials of Kamarajar port and Chennai Port Trust also inspected the site, news agency PTI reported. Meanwhile, state government officials were also briefed on the matter, the report added.

According to the officials of Kamarajar Post, the flexible hose got snapped from the berth side, following which the discharge of the fuel oil was stopped by operating the emergency control button, PTI reported. Fuel which was mainly contained in the hose spilled in the sea in front of the berth area, PTI reported quoting a press release.

“Kamarajar Port authorities have deployed fence boom around the vessel in order to arrest the spread of spilled fuel oil into the sea. Recovery of the spilled oil was going on with the use of skimmers and absorbent pads. Full recovery process was expected to be completed by tomorrow,” the press release said. 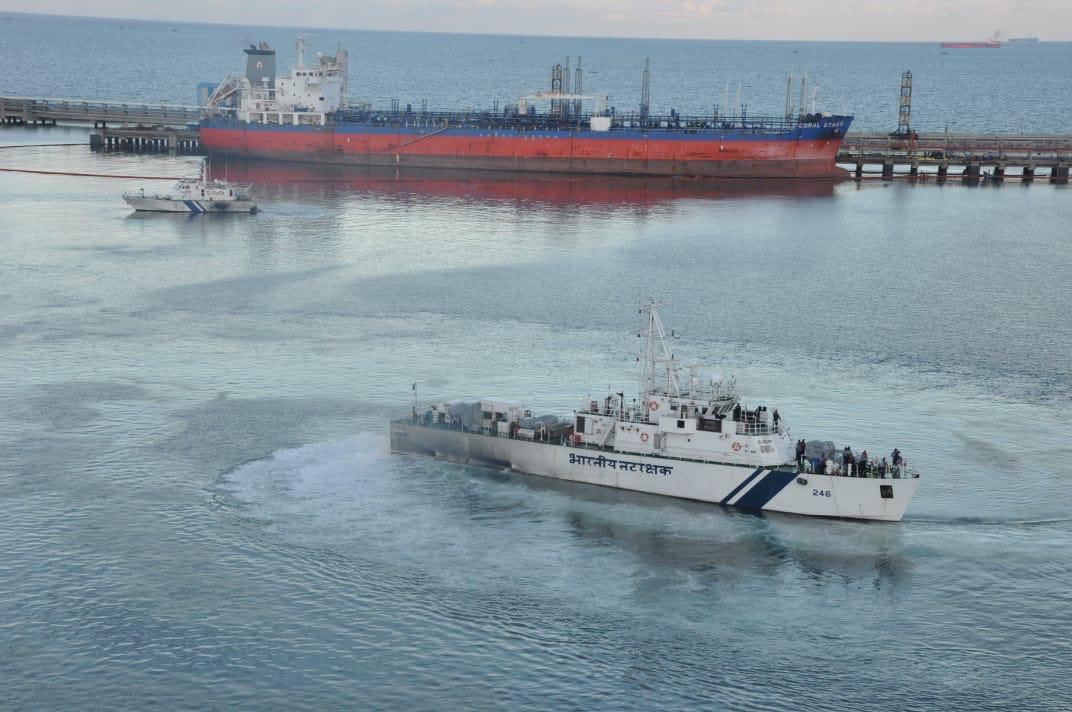 Timely efforts by Indian Coast Guard have resulted in effective containment of the spilled oil and preventing a major environmental hazard, the statement by the Coast Guard read.

Notably, on January 28, 2017, an oil spill had occurred after two cargo ships had collided in the Bay of Bengal near the Ennore port, which prompted nearly 5,700 people representing several agencies to participate in the clean-up operation for almost a month.

Previous articleThis Gesture From The Cyclone Affected Farmers Winning Hearts All Over !! Check !!
Next article“Vishal Is The Owner Of Tamil Rockers” Says This Woman !! SHOCKING VIDEO !!

K.S Ravikumar, the director 1999 film Minsara Kanna has expressed his happiness on "Parasite" winning the Oscar in 4 categories. The filmmaker who said...

Main Reason Behind The Rumour Of UAE Donating 700 Crores To Kerala REVEALED !!

The Indian government has categorically stated that it won’t be accepting any foreign aid for the purpose of rebuilding Kerala that is experiencing the...