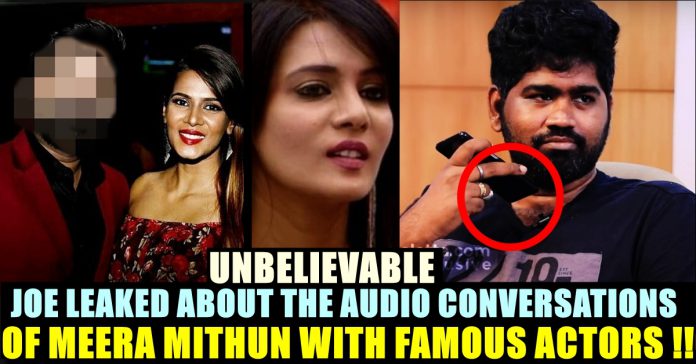 If you know Meera Mithun from Bigg Boss show Tamil season 3, then you must be aware of Joe Michael, an entrepreneur who is alleging that Meera Mithun is a fraudulent. It all started when Meera Mithun lodged a complaint against Joe Michael giving death threats to her and fourteen other young girls. She did it before entering the house.

“The people against whom I have lodged my complaint, have hacked my phone and website and have spread rumours against me on social media. They are doing this to disturb the event on 3rd June. They are also threatening my sponsors.” she said in her complaint. 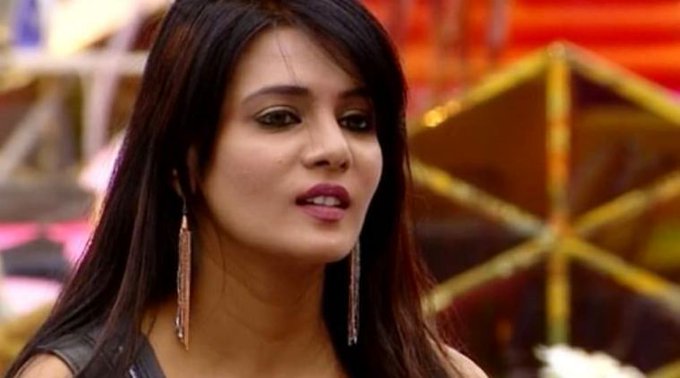 Since then Joe Michael could have given at least 50 interviews to various number of media houses. In every of his interview, Joe Michael alleges that Meera Mithun cheated  many female models. He also says that he is the reason behind Police entering the Bigg Boss house to inquire Meera Mithun.

Now after her eviction, Joe Michael came up with audio call evidences to prove every allegation of the Bigg Boss contestant is fake. In one of the audio call, Meera is heard saying to her worker to murder Joe Michael.

On hearing this audio call, Joe Michael lodged complaint in commissioner’s office and produced the complaint copy in in the interview. The audio reached Joe Michael through Venkat, a former manager of Meera Mithun to whom Meera ordered to murder Joe Michael. According to Joe, shocked by Meera’s requirement, Venkat immediately called Joe Michael and asked him to be safe.

Joe even added that he has call recordings of Meera Mithun having intimate conversations with famous actors who are married. “She even has many call recording of various actors. She is part 2 of Sri Reddy. If she wants money, she would call and blackmail those celebrities. I ask all the actors to be safe from her phone call trap.” saus Joe Michael in the interview.

Joe Michael also said that Meera Mithun is not a heroine of Sivakarthikeyan in his upcoming movie. “She is playing the mother role of Sivakarthikeyan for just one scene in the flashback. I even heard that she has been removed from the scene for not attending the shoot properly” added Joe in the interview.

Meera got evicted from the show after accusing Cheran for physical harassment which was proved as false allegation by Kamal Haasan through a “Kurumpadam”. Since then she is facing the wrath of social media users for her contradict statements.

Recently another audio of Meera Mithun leaked in which she is heard asking one of her friend to support her and also asks him to project her as a flawless contestant. Shocking Leaked Phone Call Audio Of Meera Mithun Planning To Degrade Cheran !!

Comment your views on this interview of Joe Michael !!

While senior cricketers and former legendary players of Indian cricket team uploading tweets against the protest being conducted by the farmers, emerging fast bowler...