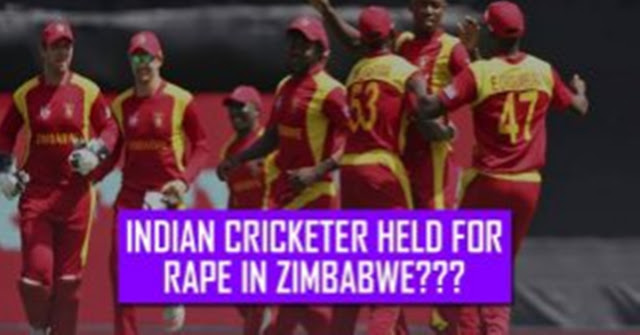 An unnamed Indian cricketer on Friday was arrested for allegedly raping a local woman in Harare, Zimbabwe. According to a New Zimbabwe report, the incident took place at Meikles hotel where the Indian team is staying.

Charity Charamba, Assistant Police Commisioner confirmed that one of the Indian nationals is involved in the crime.

“The victim has pointed an Indian national from the batch that came in last week, at this point I’m not in the position to reveal whether it’s a player or official as I’m bound by law. But, what I can confirm is that the accused appeared in court on Saturday,” Charamba said.

Sources from the hotel said that the victim who was taking a stroll on the lobby was allegedly drugged and physically abused. The victim claimed that she woke up to bloodied undergarments in one of the Indian cricketer’s rooms.  “She also said that she had no clue on how she reached the room,” the source said.

“We have concluded our investigation, but both the police and courts have to handle the issue with care as it can lead to a potential diplomatic feud,” Charamba added.

India is touring Zimbabwe, where they whitewashed them in the ODI series. However, they lost the T20 match against them yesterday by 2 runs.