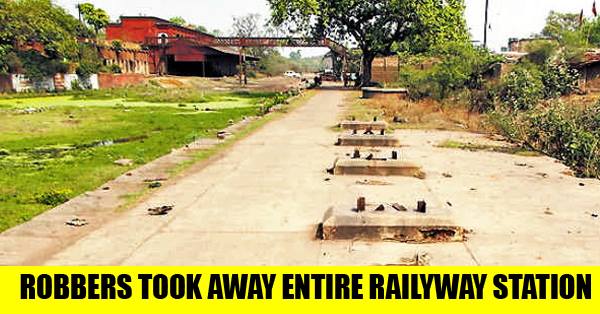 You must have heard about incidents of robbery but today we are here to tell you about such an incident in which the entire railway station got robbed. While, some robbers robbed railway tracks of stations that fall on the Dhanbad-jhariya-Sindri route (Jharkhand State) and sold them, some others constructed concrete cabins. The railway office has been turned to a poultry farm and they have started farming on the tracks. The station became invisible in no time.
Earlier several trains would run on this route. However, 10 years back, the rail route was shut, after being declared as a fire-prone area. After this, lot of robbery started on the stations falling on this route. Neither the railway authorities nor other officials bothered about the security. In no time, the stations were completely robbed off. Things worth crores were robbed very smartly.
Some people even sold off signal lights, poles and other expensive equipments. As per a rough calculation, the worth of these things was around 50 crores. Presently, the station is completely deserted.
COURTESY : RVCJ