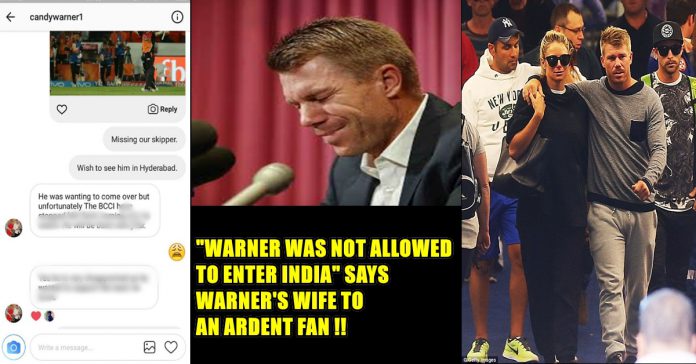 The BCCI has already declared that both Steven Smith and David Warner will not allowed to be a part of the IPL 2018 if Cricket Australia bans them for their involvement in the ball-tampering scandal during the Cape Town Test against South Africa. A BCCI official made the board’s stance clear while speaking to CricketNext, when he said, “If the CA goes ahead and bans them, there is no way that the IPL franchises can accommodate them, just like Andre Russell had to skip the IPL after he was caught violating doping clauses. If CA says that they have decided to ban the two players, that is where it all ends for them as far as IPL 11 is concerned,” he said. 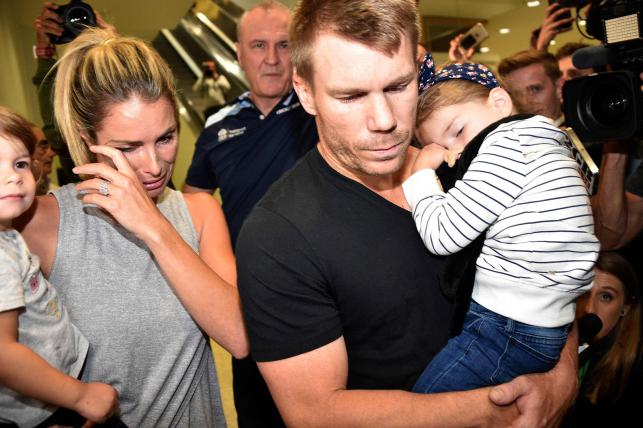 David Warner who used to represent Team Sunrisers Hyderabad in IPL wanted to visit India to support his team. He was also seen commenting on the live Instagram videos of SRH that he will visit India and support the team at some stage. However, BCCI has denied him even that. 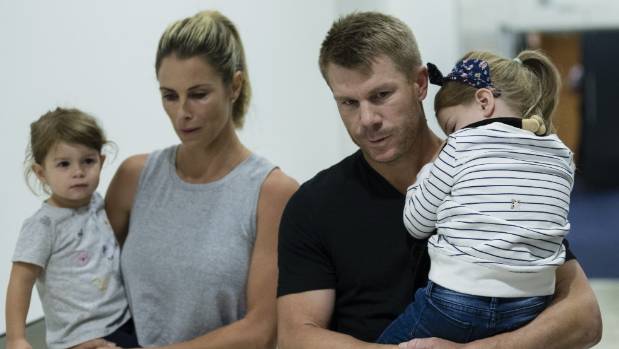 But a Twitter user named ‘Srujana Konakanchi‏ has revealed her chat with Warner’s wife Candice in which she has informed that BCCI has denied his request to visit India and support Sunrisers. 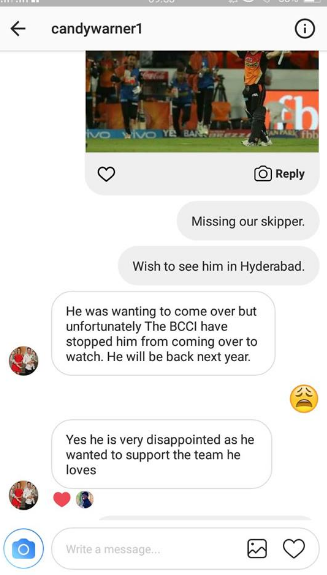 “He was wanting to come over but unfortunately the BCCI have stopped him from coming over to watch. He will be back next year. Even he is disappointed as he wanted his team to support the team he loves,” her replies read. It is surprising to know that he was stopped from watching an IPL game in India. May be the BCCI didn’t want any controversy regarding the incident to mar the ongoing tournament but it is unfair on Warner that he was denied a chance to support his team.

#Day29 #WarnerOffField Now this is surprising !! @davidwarner31 wish to be here yet BCCI isn’t okay with it? When @CountyChamp has given the green signal for players to come down and play, why not BCCI at least let them watch and support? @CandyFalzon @tarun_0707 @SunRisersC pic.twitter.com/MlppUahsBi

Sunrisers Hyderabad (SRH) are definitely missing their skipper David Warner in the ongoing season of the Indian Premier League (IPL). More than the team, the cricketer himself is gutted to miss out on the action after he was banned by Cricket Australia for 1 year after which even BCCI barred him from playing in the IPL. However, the Indian cricket board has even stopped him from visiting India in order to support his team SRH which must disappoint a lot of fans.