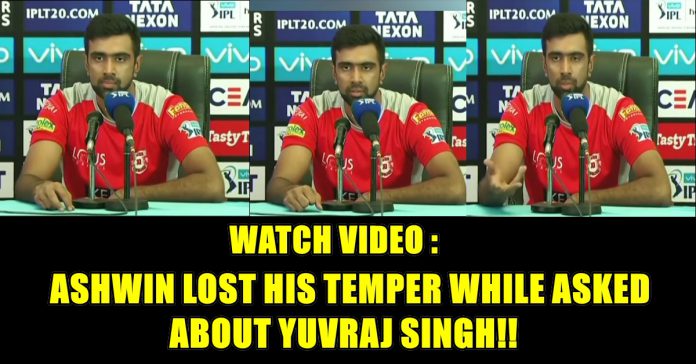 The Indian Premier League (IPL) is widely deemed as the ultimate event where talent meets opportunity. While the rookie cricketers get the chance to exhibit their skills in front of thousands, the experienced ones see it as a platform to make a comeback to the national side.

Ahead of the IPL 2018, all eyes were on veteran India batsman Yuvraj Singh, who hasn’t represented the national team since June 2017. However, things didn’t pan out according to the plan for Yuvraj as he managed to amass only 50 runs in 4 innings before being dropped from Kings XI Punjab’s playing XI against Sunrisers Hyderabad on Thursday (April 26). Bengal batsman Manoj Tiwary, who was warming the bench all along, was drafted into the XI in place of Yuvraj. As expected, the decision has created a lot of hue and cry among the fans and within media outlets. In the last match, Yuvraj Singh was replaced by Manoj Tiwary. Many fans had slammed R Ashwin for this decision.

Finally, at a press conference, a journalist questioned R Ashwin about this. He asked him to update the status about Yuvraj Singh. This is when R Ashwin lost his cool and slammed the reporter. He used a very rude tone and asked, “What update”. He became even ruder in the 2nd sentence.

Here’s the video of the same,

Previous articleMohammad Shami Fooled BCCI To Play For India : Check Out What Shami’s Wife Has Got !!
Next articleGuy Wrote “No Helmet, I Die Like Real Men” In His Bike, Got Trolled By Traffic Police In Social Media : ROFL !!

On seeing the way Akila Narayanan treated her daughter inside the BIGG BOSS house, viewers of the show started reacting in various ways. In...