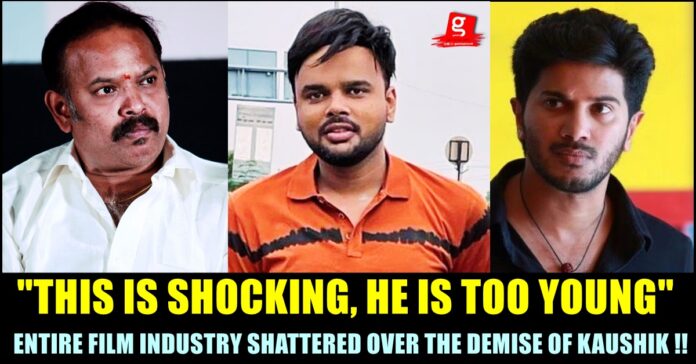 Famous movie tracker Kaushik who is known for providing box office reports and movie updates through his verified twitter account, reportedly passed away due to cardiac arrest. The news came in as a shock to the users of twitter who has been following him for a very long time to get exclusive movie updates. Kaushik was young and his demise literally left his followers in a shell shock as he uploaded a tweet even 7 hours ago regarding “Sita Ramam” movie. 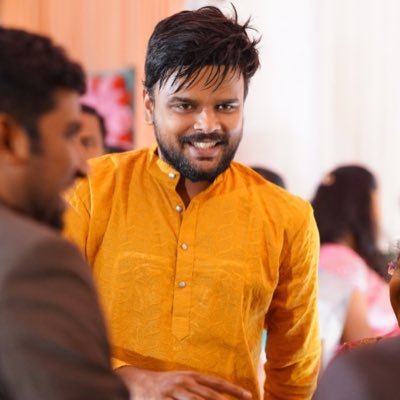 Recognizing himself as a Film Entertainment tracker, Influencer, Youtube Video Jockey, Passionate about Boxoffice stats & Sports stats, Film Reviewer, Cricket & Tennis buff through his twitter bio, Kaushik was enjoying more than 4 lakh plus followers in the micro blogging social media site. Fellow film trackers, theatre owners, celebrities and movie reviewers has been expressing their emotions over the demise of the youngster. 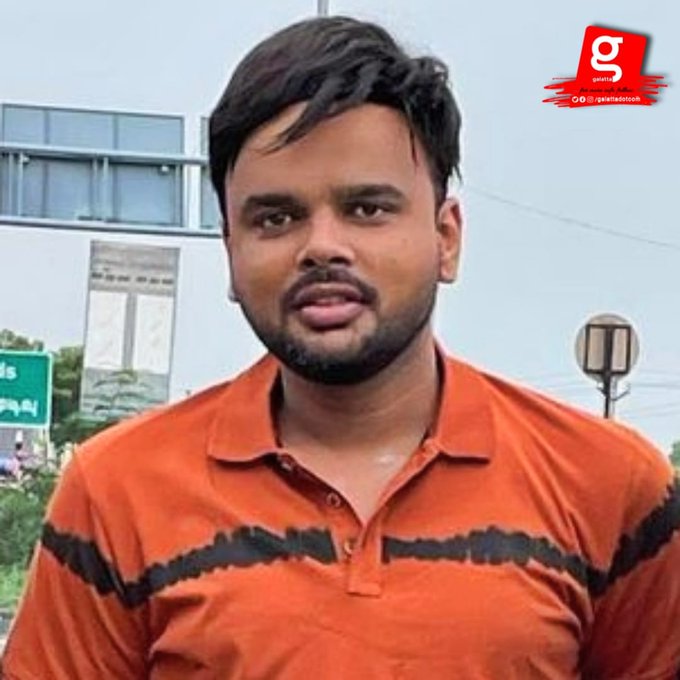 Confirming about his demise, Galatta youtube channel, through their twitter handle, said “Reputed film critic, movie tracker, and Galatta VJ @LMKMovieManiac passed away today, due to cardiac arrest. His demise is a huge personal loss & we here at Galatta extend our heartfelt condolences & strong support to the bereaved family in this hour of grief” through their post.

Reputed film critic, movie tracker, and Galatta VJ @LMKMovieManiac passed away today, due to cardiac arrest. His demise is a huge personal loss & we here at Galatta extend our heartfelt condolences & strong support to the bereaved family in this hour of grief.#RIPKaushikLM 💔 pic.twitter.com/idv32QDlq7

From Dulquer Salman to Movie editor Suresh, Film producer Dhananjayan, Film reviewer Ashameera Iyappan , many expressed their condolence message through their twitter handles along with fans of top heroes.

@LMKMovieManiac This is truly heartbreaking. I so so wish this isn’t true. I cannot imagine what your family is going through. Kaushik we know each other mostly through Twitter and a few personal interactions. You have always shown me so much love and support 💔💔💔

Life is so cruel at times. Too young, very talented & soft hearted @LMKMovieManiac is no more. Sudden heartattack. At 12.28 pm he messaged me today & passed away so quickly. #RIPKaushikLM . This is not fair. You had a big life ahead. God please be kind to my friends 🙏 pic.twitter.com/20tWNHPDWl

This is shocking. A good friend — infact one of the first people who I befriended in this industry. Didn’t expect you’ll leave us this soon @LMKMovieManiac. Too soon. Just too soon. RIP.

This is shocking and unacceptable! 💔
Rest in peace @LMKMovieManiac 🕯️🌹

Shocking news!!!!!!We have lost a very dear person @LMKMovieManiac at such young age! #gonetoosoon! You will be truly missed.. #RIP

Rest in Peace @LMKMovieManiac brother. Our deepest condolences to his family and loved ones! pic.twitter.com/ovJFcjphXW

Let us pray for the soul of Kaushik to rest in peace !!

Previous articleActress Meena Decided To Donate Her Organs After The Demise Of Her Husband !!
Next article“My Team Owner Slapped Me For Getting Out On Duck” – Famous International Player

Makers Of “Pei Maama” Getting Trolled For Copying This Old Film’s Poster !!

Ahead of the theatrical release, Yogi Babu starring "Pei Mama" is getting brutally trolled by the users of Internet for literally re-using the poster...