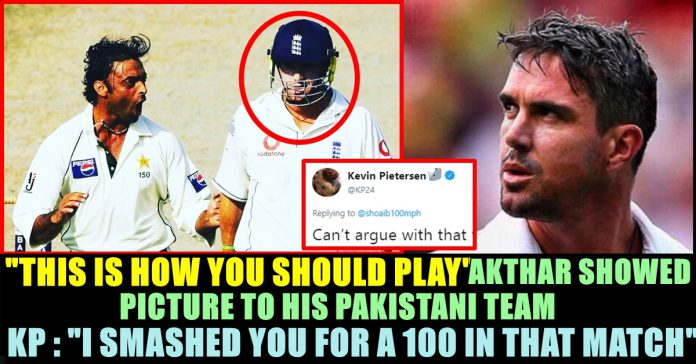 Shoaib Akhtar, the former Pakistan fast bowler, slammed skipper Sarfaraz Ahmed and called him one of the most unfit cricketers in this generation. Pakistan were bowled out for just 105 runs in 21.4 overs against the West Indies in their opening match of World Cup 2019 at Trent Bridge on Friday. West Indies then chased down the target inside 14 overs to hammer Pakistan by seven wickets. According to a Pakistani journalist Saj Sadiq, Shoaib Akhtar called Sarfaraz Ahmed “unfit”. “When Sarfaraz Ahmed came for the toss, his stomach was sticking out and his face was so fat. He’s the first captain I’ve seen who is so unfit. He’s not able to move across and he’s struggling with wicket-keeping,” Sadiq tweeted.

Harsh – Shoaib Akhtar “When Sarfaraz Ahmed came for the toss, his stomach was sticking out and his face was so fat. He’s the first captain I’ve seen who is so unfit. He’s not able to move across and he’s struggling with wicket-keeping” #CWC19 #PAKvWI

“Ok the match is over. Recollecting my thoughts and emotions. We have to back these boys, they are representing our nation. They need our support throughout the World Cup,” he added.

Ok the match is over. Recollecting my thoughts and emotions.
We have to back these boys, they are representing our nation. They need our support throughout the World Cup. #PAKvWI #CWC19

Followed by that he also posted another tweet with a picture of him sending off Kevin Pietersen back to pavilion after taking his wicket. Posting the tweet, here ‘s how Akthar captioned it :

Blood, sweat, aggression, racing heartbeat, badmaashi. This is whats required when you represent your country. This star on your chest is your pride guys. Tagra khelo.
Go get them. Larr jao. #Pakistan #PakvsEng #cwc2019 pic.twitter.com/b9JnTmBKOp

As everyone know, The batsman in the picture is none other than, the destructive batsman of his time Kevin Pietersen. He scored 100 runs in that match which was referred by the batsman himself in the reply tweet of Akthar :

Can’t argue with that tweet buddy as you’re celebrating after I smacked you all over for a 100…! Great passion! 😂

However the veteran bowler said that he loved his chicken dance after getting KP out.

Mate you were a true force to reckon with but loved my chicken dance after getting u out ..🕺🏻

One of the twitter suer also posted video of the peculiar incident which was retweeted by Akthar himself :

Here it is, The chicken dance.😄
Lols pic.twitter.com/p5s4FmjAfS

This is some banter from the legendary cricketers, ain’t it ?? Comment your vriews below !!

Previous articleChinmayi Shared Screenshot Of A Message From One Of Her Woman Follower!! HORRIFIC !!
Next articleDid A.R Rahman Once Again Trolled Central For Imposing Hindi In Tamilnadu ?? Check Out This Post !!

Actor Vijay Celebrating his 48th birthday today and the celebrities from entire Tamil film industry flooding the timeline of social media platforms with their...