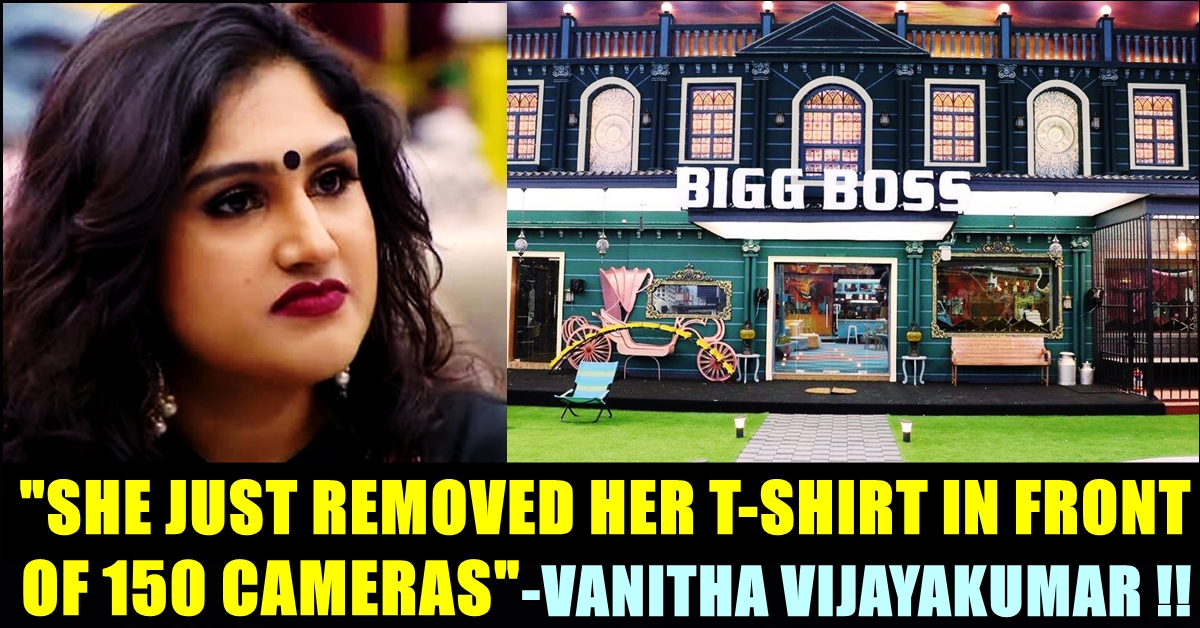 Vanitha Vijayakumar, one of the prominent contestant of Bigg Boss season 3, is currently involved in analyzing the fourth season of the same show through her social media accounts. The actress who caught into a number of controversies after participating in the show, is now busy making contents for her youtube channel through which she is providing cooking tips. She is also collaborating with a private youtube channel named as Galatta and reviewing the ongoing episodes of Bigg Boss show.

While talking about Sanam shetty’s strategy to gain votes from Tamil audience, Vanitha Vijayakumar recalled the incident that took place in the season she participated. “There are no restrictions in Bigg Boss house as far as dressings of the contestants are concerned. To be honest, they won’t tell anything about the attire one wear inside the house.” said Vanitha Vijayakumar to while disclosing about the strategy Sanam shetty used during the dance task to earn votes.

At that time, she remembered about an incident that took place in the third season where actress Kasthuri who entered the house as an wild card contestant abruptly removed her T-shirt and changed it in front of all the cameras. “I shouldn’t say this now but she is telling so many lies about the happenings in the Bigg Boss house” Vanitha said.

“When 150 cameras were watching, she sat down and just removed her T-shirt abruptly before putting another one. I just ran out of the room after she did that. At that time Tharshan and Mugen were about the enter the room and I stopped them saying that she is changing clothes.” Vanitha revealed. “I asked them to wait for 10 minutes and said to them that we can’t trust her behaviour” Vanitha added.

Watch the video below from 22nd minute :

Further Vanitha said that Sanam Shetty who didn’t hesitate to give bikini interviews last year, was wearing a white t-shirt inside her sleeveless tops. “She is not a person who is scared to expose her body. She is used to it. The reason behind her attire during the dance task, is to gain votes from the Tamil audience” Vanitha said.

Through her Bigg Boss stint, Vanitha gained a separate fan following for the way she handled the issues that are taking place in the Bigg Boss house between the other participants. She received an award for her “Guts and Grit” by Kamal Haasan. She is the only contestant in Tamil Bigg Boss history who got eliminated and made a come back within days as participant. She who won hearts of many viewers with her bold statements, gained more support just few days before her eviction due to the freeze task in which she spent some lovable time with her adorable daughters.