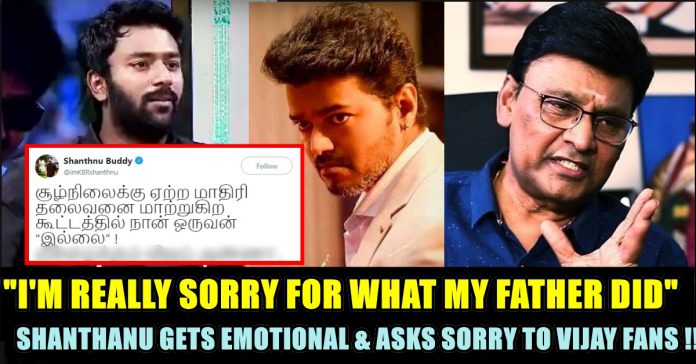 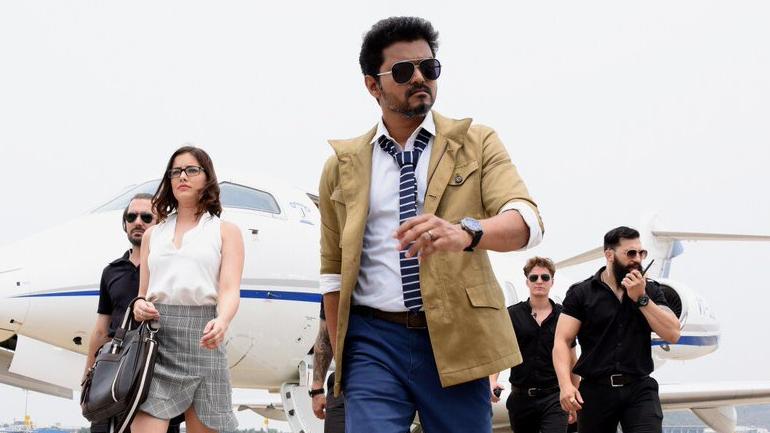 Now the case has been reached verdict. According to the latest development, Varun Rajendran and AR Murugadoss reached a compromise on October 29. However, the details of the compromise have not been announced yet.

It is being rumoured that AR Murugadoss and Kalanidhi Maran have agreed to give writing credit to Varun in the film.

Varun’s petition was heard this morning (October 30) at the Madras High Court.

While AR Murugadoss and K Bhagyaraj (President of South Indian Film Writer’s Union) were present, Varun gave it a miss. At the court, Sun Pictures revealed that the two parties have reached a compromise.

Since Varun was not present at the hearing, the judge postponed the case for a couple of hours. The latest buzz doing the rounds on the internet is that Sarkar will see a release without any problem from Varun.

The details of the settlement will be known when Varun and his lawyer attend the hearing that will be held later today.

Shanthanu one of the actor and son of K Bhagyaraj is one of the ardent fan of Vijay in the Kollywood industry. Bhagyaraj already mentioned that his son had shed tears to his mother regarding his father’s activities in the issue.

His tweet roughly translated as “I am not the one who changing his leader according to the situation. Apologies on Story reveal by appa #UnavoidableCircumstance Sincere apologies though. Let’s celebrate Diwali , Let’s celebrate Sarkar”

What do you think on his tweet ?? Let us know by commenting below !!

In a bizarre report that got updated in a number of reputed media portals, students, hailing from West Bengal are getting "high" by using...

Netizens Flooding Memes On The Marriage Date Of Alia After Her Pregnancy Announcement !!

India's most loved celebrity couple Alia Bhatt and Ranbir Kapoor broke the internet on Monday by announcing their pregnancy. Surprising their fans by posting...