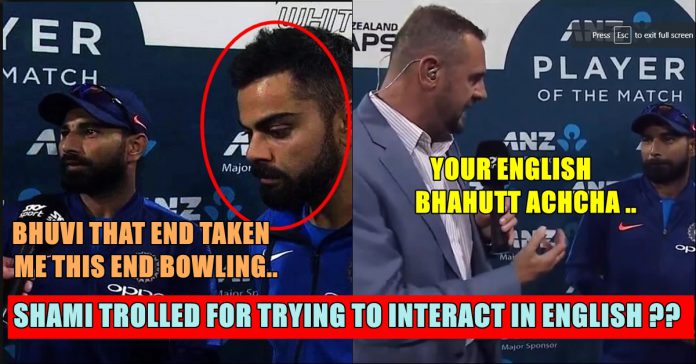 India with its dominating performance made a clear 3-0 series win against New Zealand on their home soil on Monday. 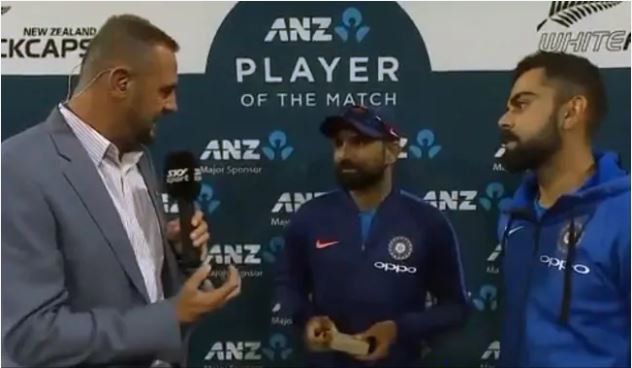 The match was nicely set up for the Indian team by the bowlers led by Mohammed Shami, who finished with 3 wickets for 41 runs. Bhuvneshwar Kumar, Hardik Pandya and Yuzvendra Chahal bagged two wickets each.

Winning the Man the Match for his bowling performance, he was called to speak along with skipper Kohli as his translator. The pacer had needed Kohli’s help in Napier where he answered the questions in Hindi which the captain translated in English. 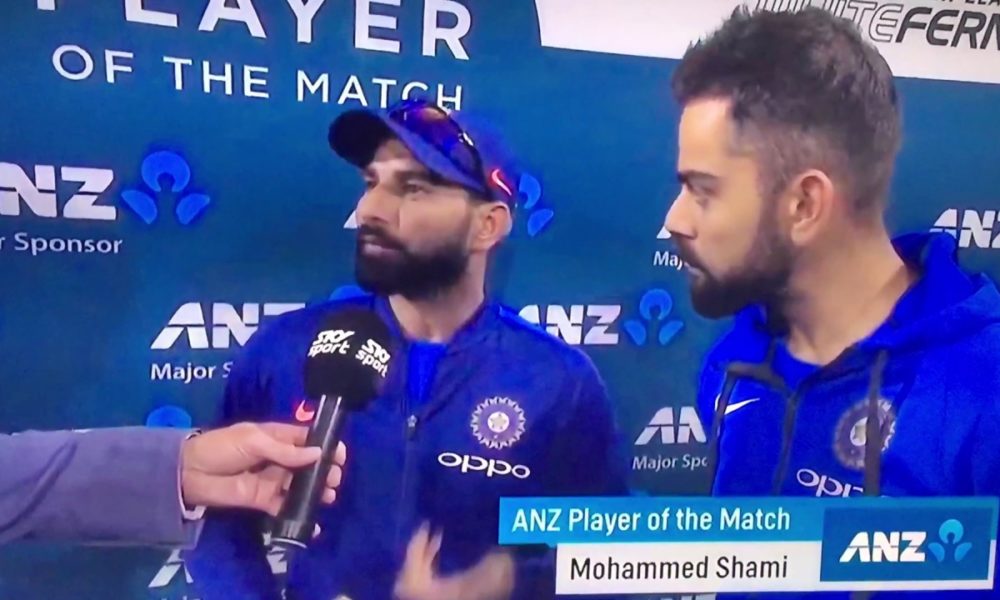 However Shami – who is known to bowl people out in style – took everyone by surprise, especially former New Zealand fast bowler Simon Doull who was conducting the presentation. 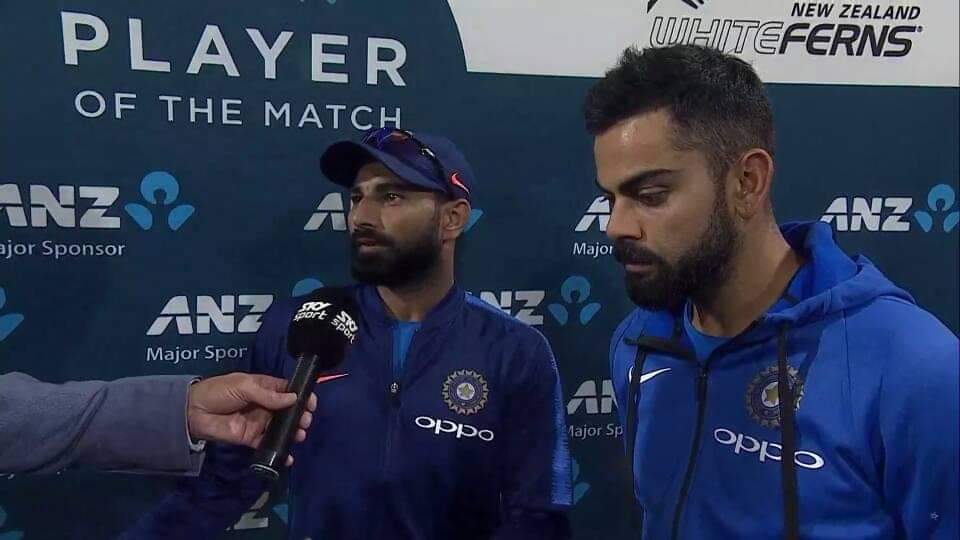 Doull was so impressed with Shami’s effort that he complimented him in Hindi. He said, “Your English bahut acha, congratulations,” making everyone burst out into laughter.

” Bhuvi that end taken, I am this end bowling ” – M Shami

Just saw shami’s post match presentation
Wtf was that😂 why he came with virat when he wanted to speak in English? That’s a real brainfade.

Kohli came to trasalate the Hindi but Shami spoked English in the presentation and @Sdoull is impressed with his english. pic.twitter.com/b0HkxwN56p

Moments that made the day happy:
*Shami back to having a nic of picking up wickets in every match.
*Pandya stunning catch!!and his 2-45 after his return.
*Contribution from all the top 5 batsman.
Finally
Simon doul: “Your ENGLISH BAHUT ACHA”.#INDvsNZ #INDvNZ

After Simon’s compliment, Virat laughed with pride and gave a pat to Shami while leaving the presentation. That is one way of showing his sigh of relief ?? Comment your views on this !!