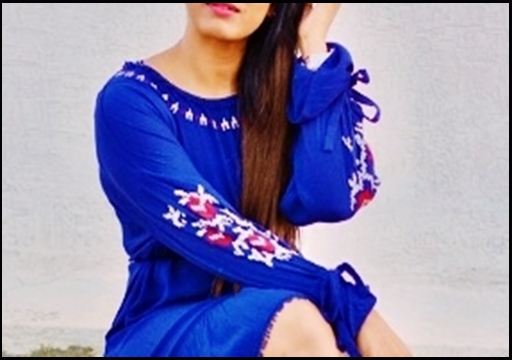 Television actress Sameera Sheriff replied to a follower who misunderstood that she was eating meat that was made of a cow in her youtube video, saying that she only eats chicken but the slang she used in the video while describing the taste made the follower to misunderstand. Sameera also schooled the follower saying eating “beef” is not something to be ashamed of as it would portray people who eat any kind of animal as wrong. In that case, even eating plants is wrong too as they are also living beings, Sameera said in her reply.

TV actress Sameera who is known for appearing in Vijay TV serials such as “Pagal Nilavu”, “Rekka Katti Parakkudhu Manasu”, is pretty much active in social media platforms and has often interacted with her followers. During her pregnancy, Many spewed hatred at the actress for performing reel videos and advised her not to involve in such activities. Replying to them, Sameera said that she knows how to care for her child more than anybody else and suggested one of the commenters to stay positive.

Sameera Sheriff and Syed Anwar, a real life couple, acted as a pair in a serial of Vijay Television named “Pagal Nilavu”. They also took part in the reality game show named “Mr and Mrs Chinnathirai”. Sameera enjoys nearly 8 lakh followers for her Instagram account and nearly 4 lakh subscribers for her youtube channel. She who has been making vlogs based on her daily routines, also performs reel videos based on Tamil songs.

Most recently, Sameera replied to a comment of a youtube video where a follower spewed hatred at her for consuming beef. The video was uploaded in the channel of Sameera sherif’s mother-in-law Shanoor sana who is also an actress. The 20 minute long video showed the family members cooking meats by telling their subscribers about the ingredients and how it’s made before describing it’s taste.

Among the many who reacted to the video, a follower named Shirish came up with a comment saying that he feels shame on her for eating God Gomatha. “Cow laga undha Sameera?… Shame on you to eat our god gomatha. Hate the words and your lifestyle of eating a cow. #donteatcow #itsourgod” his comment read.

Replying to him, Sameera said that she didn’t say “Cow laga Undi” in the video but “Koula ga undi” which is a slang term used in Hyderabadi Urdu to mention “Good meat”. “this shows your mentality. Sadly I’m against beef. N I didn’t say cow laga undi. Mee mind lo Ala undi that every Muslim eats cow. Plz aa thinking ni aapandi. And even if one is eating, u cant say shame on them. In that case eating any animal is wrong. To be more precise even plants are living beings. Avi tinadam kuda tappe” Sammera said in her reply.

“And how can u just say that u hate my lifestyle, by thinking in your head that I eat cow. I mentioned several times that I eat onlyn only chicken. Aina, I said koula ga undi, koula & pokhta these are the terms used for good fresh meat or old meat in Hyderabadi Urdu. Ala oka manishi simple ga judge chesi, declare cheseyakandi” she added. 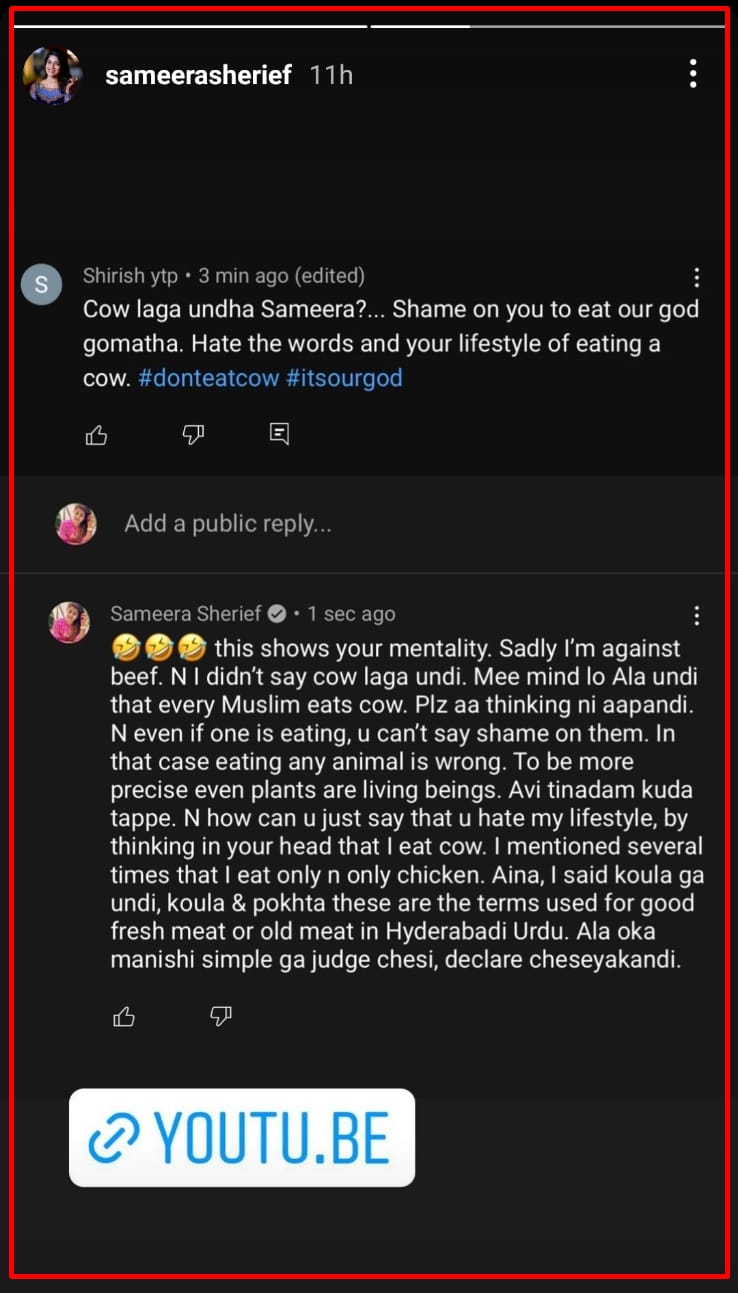