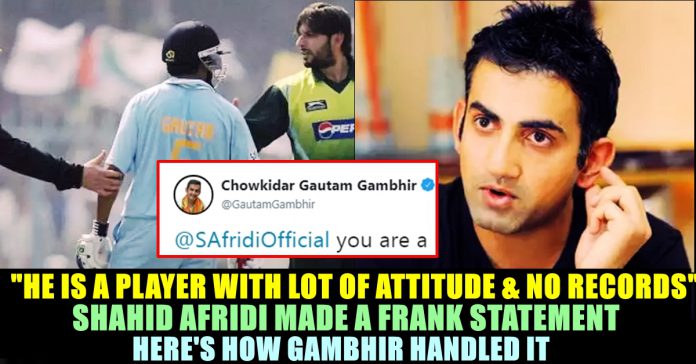 The rivalry between two former cricketers Gautam Gambhir and Shahid Afridi of two neighbouring countries – India and Pakistan respectively is never-ending. The recent rivalry began when Afridi launched a scathing attack on southpaw saying that the former has a bad attitude in his autobiography, ‘The Game Changer’.

Afridi in his just-released autobiography ‘Game Changer’ had sarcastically referred to Gambhir as someone who “behaves like a cross between Don Bradman and James Bond,” and has a “lot of attitude and no great records”. 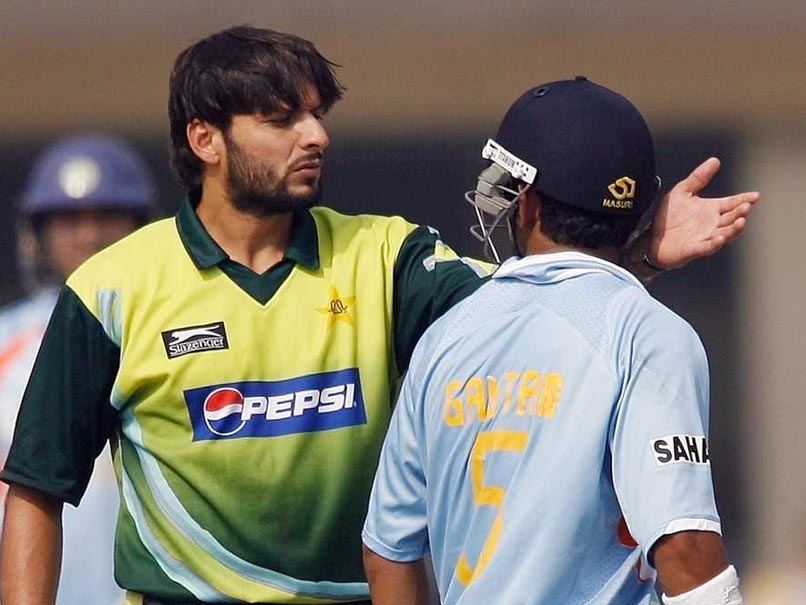 The duo never shared a great rapport on and off-the-field and it was reflected in Afridi’s take on Gambhir. “Some rivalries were personal, some professional. First the curious case of Gambhir. Oh poor Gautam. He & his attitude problem. He who has no personality. He who is barely a character in the great scheme of cricket. He who has no great records just a lot of attitude,” Afridi wrote.

“Gambhir behaves like he’s a cross between Don Bradman & James Bond. In Karachi, we call guys like him saryal (grumpy). It’s simple, I like happy, positive people. Doesn’t matter if they are aggressive or competitive, but you have to be positive & Gambhir wasn’t,” he further wrote.

“I remember the run-in with Gambhir during the 2007 Asia Cup, when he completed his single while running straight into me. The umpires had to finish it off or I would have. Clearly we had a frank bilateral discussion about each other’s female relatives,” Afridi recalled the uncharitable verbal exchange.

The incident that Afridi refers to was not in the Asia Cup but actually in the third ODI between India and Pakistan in Kanpur in November 2007, when Gambhir and Afridi came head-to-head and both were fined for breaching the ICC Code of Conduct

In a way of replying to these statements of Afridi in his book, Gambhir replied to him through his official twitter account by tagging him. In his tweet Gambhir wrote “@SAfridiOfficial you are a hilarious man!!! Anyway, we are still granting visas to Pakistanis for medical tourism. I will personally take you to a psychiatrist.”

@SAfridiOfficial you are a hilarious man!!! Anyway, we are still granting visas to Pakistanis for medical tourism. I will personally take you to a psychiatrist.

Shahid Afridi and Gautam Gambhir announced their retirement in 2017 and 2018 respectively. Gambhir was a part of World Cup winning squad in 2007 and 2011 under the leadership of MS Dhoni. While Afridi is focusing on the Twenty20 leagues and his Non-Profit organisation – Hope Not Out, Gambhir has joined the ruling party – Bharatiya Janata Party and is contesting election in the ongoing General Election from Delhi. 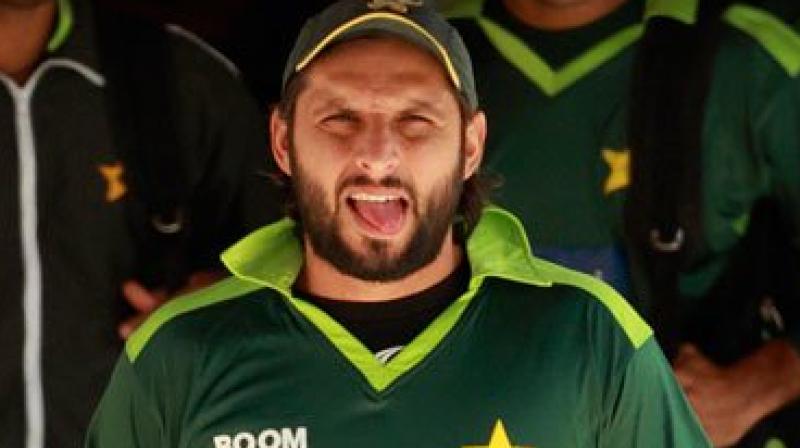 Afridi has recently agreed that he had indulged in age-fraud and was 21 years old when he scored his hundred debut and not 16 as it was believed for a lot of years.

What do you think on this statements from the both the former cricketers ?? Comment your views below !!