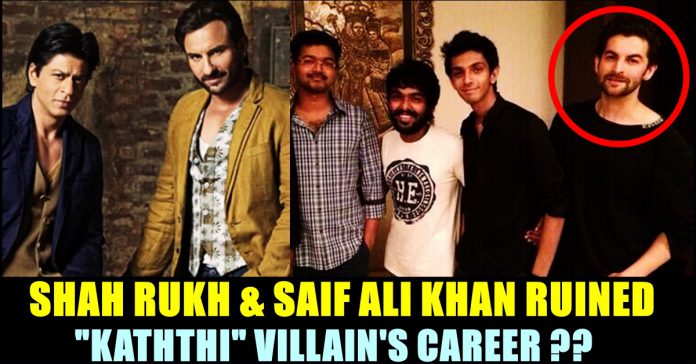 A series video clippings and old tweets accusing the big names of Bollywood are surfacing in online platforms constantly, followed by the demise of 34 year old Sushant Singh Rajput. Many people are convinced that the existence of Nepotism in Bollywood is the main reason behind the death of the young actor. Reports suggests that he lost the opportunity of acting in 7 films in a time span of 6 months and his works were deliberately ignored by the industry people and authorities who conduct award shows. Though Sushanth is believed to be a person who thinks beyond awards and what other people thinks, anger of public against those who are responsible is reflecting in social media platforms.

A video of Karan Johar along with Saif Ali Khan and Varun Dhawan cheering “Nepotism Rocks” on a stage of an award function went viral in the micro blogging social media site. “Remember that time when #karanjohargang shouted and jingled ‘NEPOTISM ROCKS’ at IIFA and shunned #KanganaRanaut. A live example of how NEPOTISM is glorified in bollywood.” wrote an Internet user to express his anger.

Here’s the video he shared :

Followed by this, a video of actor Neil Nitin Mukesh who is known among Tamil audience for acting in “Kaththi” movie as antagonist, confronting Shah Rukh Khan and Saif Ali Khan has surfaced. In the video when Saif and Shah Rukh tried to make fun of Neil’s name, the actor would reply to them by saying “I am sorry everyone but I personally find this as an insult. I think you guys need to shut up. I am sorry”,

Though these kind of skits during Bollywood award shows are pre planned and actors would be very much aware about the fact that hosts will pull their legs, this reply from Neil didn’t go well in the circle of Bollywood it seems. Users of twitter alleging that Neil received less opportunities after this incident.

Heard after this Event,These Khans Finished off Career of Neil Nitin Mukesh!!

Remember the whole Conversation of Sharukh He says "My Surname is KHAN & I'm Proud of My Surname!
I Just want to ask! How they feel Proud by carrying Surname of Invaders#Bollywood #bollywoodnepotism pic.twitter.com/7F0w34XwDq

A video of Sushant himself getting trolled by Shahid Kapoor and Shah Rukh Khan also going viral across the social media platforms. Many people expressed their displeasure on watching the video as Sushant would be seen standing there with blatant embarrassment in front of the crowd.

“Arrest Those Who Threatened To Kill Us” Sofia’s Father Wants Tamizhisai & Co To Be Arrested !!

State President of the Bharatiya Janata Party, Tamilisai Soundararajan was seen losing her cool at the Thoothukudi Airport on Monday and asking a police...

The first look of Pa. Ranjith's most awaited "Sarpatta Parambarai" was released on Wednesday with huge expectations. Directed by Pa. Ranjith, the film is...