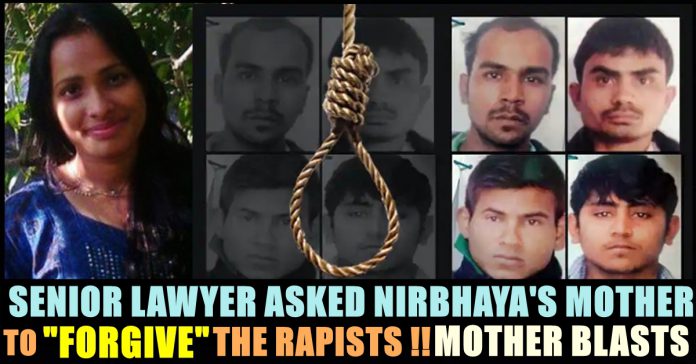 Mukesh Singh and five others gang raped a 23 year old physiotherapist student in Delhi. The incident was happened on 16th of December in 2012.She was beaten and tortured by the culprits before dying of the severe injuries caused by them. The incident generated widespread national and international coverage and was widely condemned, both in India and abroad.

All the accused were arrested and charged with sexual assault and murder. One of the accused, Ram Singh, died in police custody from possible suicide on 11 March 2013 in the Tihar Jail. The juvenile, one of the was convicted of rape and murder and given the maximum sentence of three years’ imprisonment in a reform facility, as per the Juvenile justice Act 2000. On 10 September 2013, the four remaining adult defendants were found guilty of rape and murder and three days later were sentenced to death by hanging.

On 7 January 2020, a judge in New Delhi issued death warrants for all four men, scheduling their executions for 7:00 am on 22 January 2020. The authorities alleged that the four adult convicts were “intentionally delaying” and “frustrating” the legal process in this case by filing their pleas in stages, so that their execution could be postponed. On 17 January 2020, after the convicts exhausted their mercy pleas, a Delhi court issued a second death warrant for the convicts to be hanged on 1 February 2020 at 6 am.

In a way of reacting to it, Indira Jaising, a senior Supreme court Lawyer has suggested Asha Devi to forgive the convicts. She wrote “While I fully identify with the pain of Asha Devi I urge her to follow the example of Sonia Gandhi who forgave Nalini and said she didn’t not want the death penalty for her . We are with you but against death penalty.” in her tweet.

While I fully identify with the pain of Asha Devi I urge her to follow the example of Sonia Gandhi who forgave Nalini and said she didn’t not want the death penalty for her . We are with you but against death penalty. https://t.co/VkWNIbiaJp

This made the mother of the victim to lash out in anger. “Who is Indira Jaising to give me such a suggestion ? Whole country wants the convicts to get executed. Just because of people like her, justice is not done with rape victims. I can’t believe how she dared to give me such suggestion. I have met in Supreme court for several times. She didn’t ask for my well being even for once. Now she is speaking for the convicts. Such people earn livelihood by supporting rapists. Hence rape incidents don’t stop” Asha said.

This statement from the senior lawyer instigated a debate in social media as one set of people are supporting her for what she said and the others are raising voice against her statement. Comment your views on the thoughts of Indhira Jaising !!

“How Can You Conclude It As A Conversation Death ?” Follower Questioned !! Actress Replied

Along with a number of celebrities, aspiring actress and former Bigg Boss contestant Sanam Shetty came up with a tweet demanding justice for the...

Responding to a gratitude tweet of Suriya about the "Rolex" role he played in "Vikram", Kamal Haasan took reference from the film and addressed...