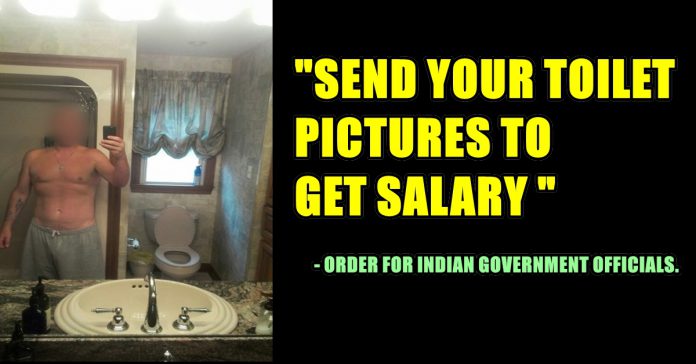 A few days ago, Sitapur’s District Magistrate Sheetal Verma had instructed senior officers to ask their staff to send pictures to the district panchayat raj officer (DPRO) to prove that they use toilets at home.  Not just a toilet selfie, the employees will also have to submit a certificate proof of their respective toilets to ensure that every household has a toilet built. 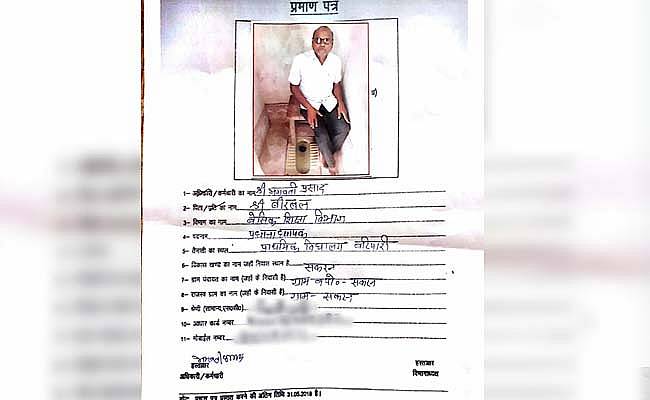 A photograph of Bhagwati Prasad sitting on a wooden stool inside the toilet at his home is being circulated widely on social media. His picture is accompanied by important details, including his Aadhaar and phone number. Mr Prasad is a principal at a state-run school in Uttar Pradesh’s Sitapur and this document is a “proof” that he has a toilet at home. 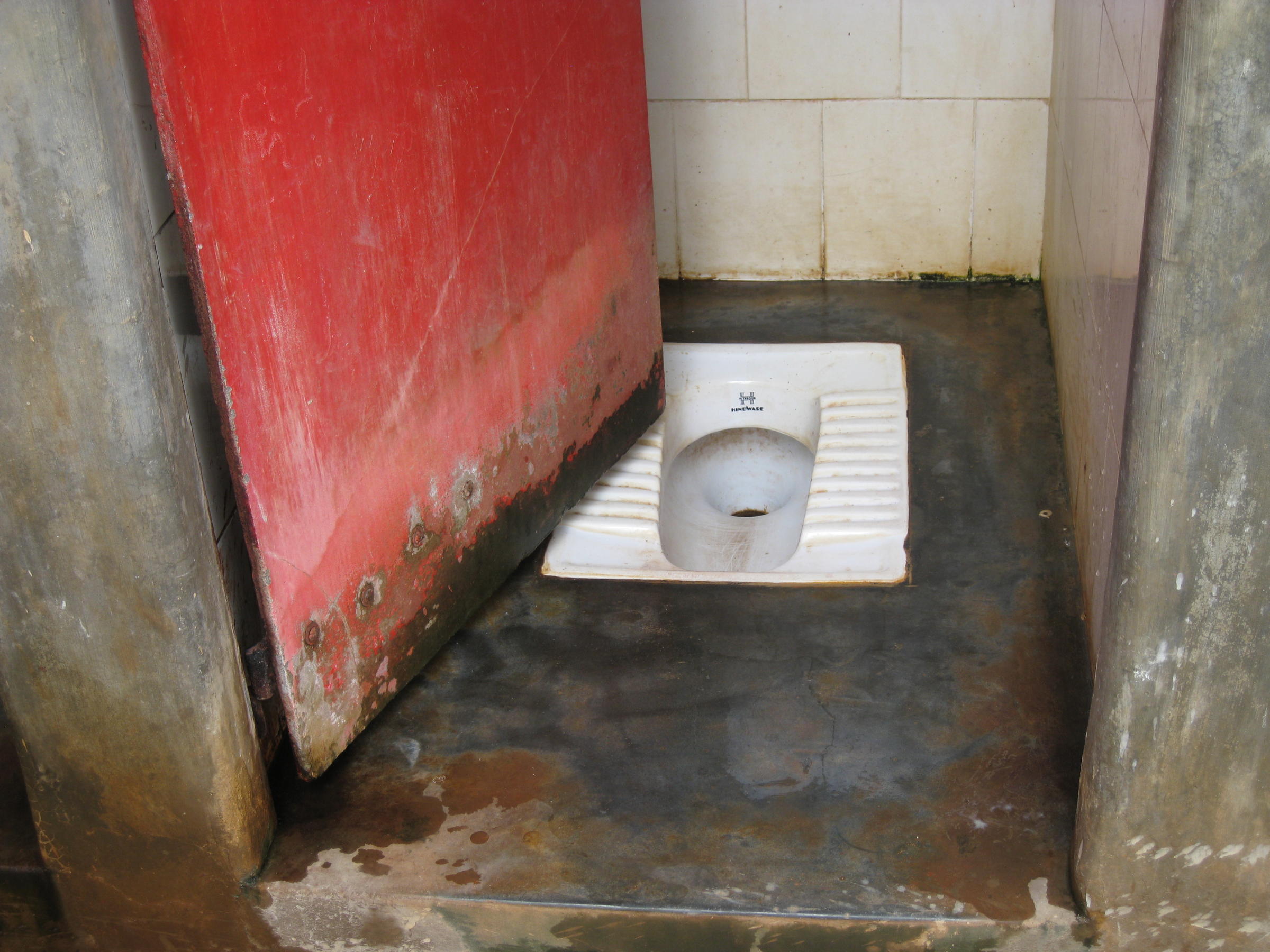 According to her instructions, every person working in any department of the government has to send photographs of their toilets and their failure to do so will have an impact on their salaries.

“If the photographs are not submitted by May 27, their salaries will be stopped,” she said.

Mr Prasad belongs to the densely populated education department. After Ajay Kumar, Basic Education Officer, informed the teachers and non-teaching staff in the district about the exercise, Mr Prasad promptly sent his photograph to the Sector Officer. 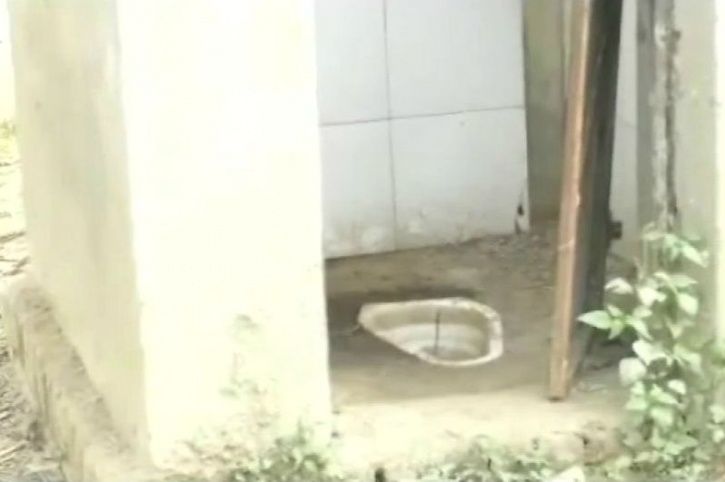 But others weren’t so welcoming of the idea. Some of them even protested demanding a rollback of the order, but their pleas were rejected.

“This isn’t a diktat. We want to promote hygiene in the district and this is an attempt by the District Magistrate to take PM Modi’s cleanliness message forward,” Mr Kumar said. 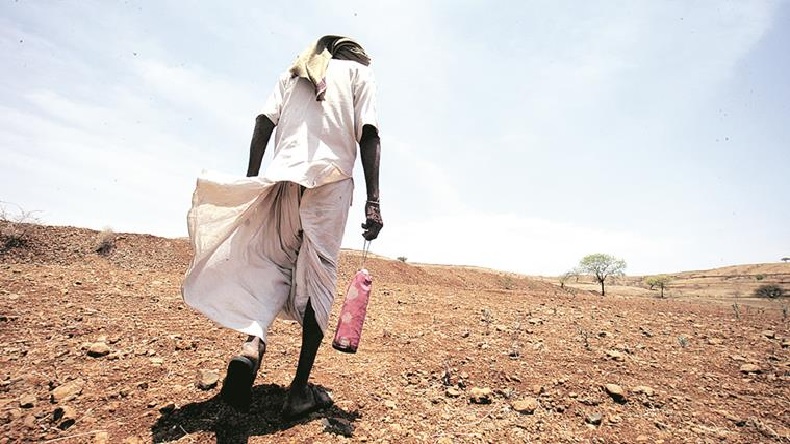