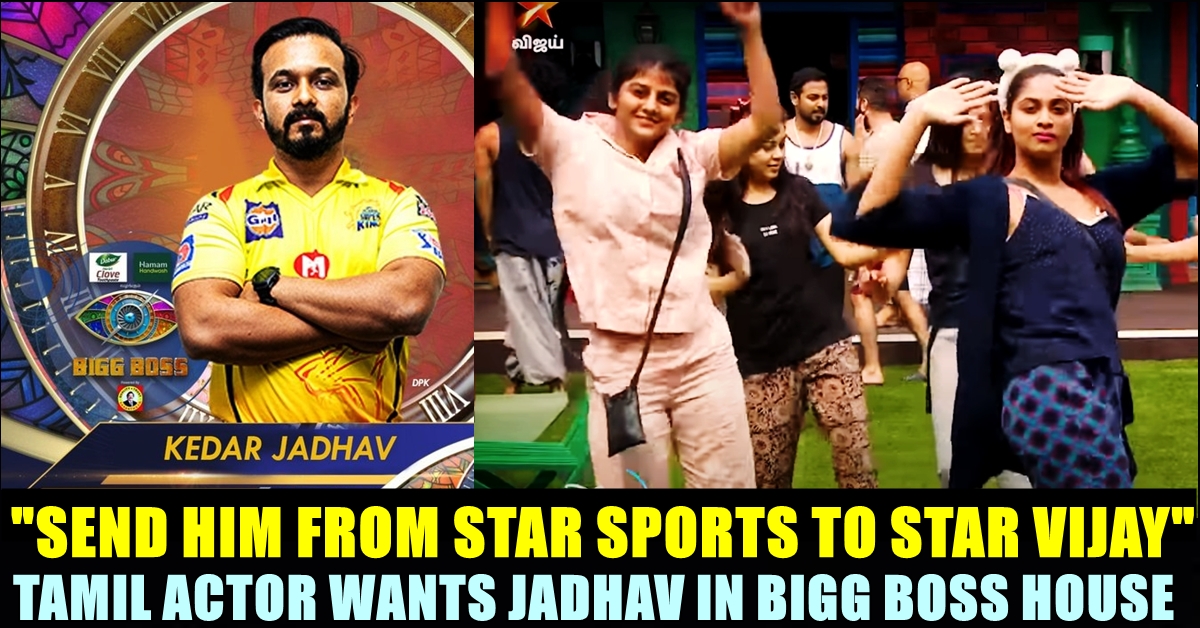 Surprisingly, Chennai Super Kings team played with an unchanged side in their fifth league but managed to win the game with Watson and Faf’s terrific opening partnership. When fans were highly expecting Dhoni to sack Jadhav for once and for all, the repeated chances he was given shocked them. In the fourth league game, Jadhav faced 10 balls and scores just 3 runs which costed CSK the match as the team lost the game with just 7 runs difference.

The alleged middle order batsman of the yellow team, scored 51 matches in the four matches CSK played with an average of 17. In the first three matches, fans blamed Murali Vijay and Watson for the team’s poor performance. When CSK lost the match against SRH, Jadhav garnered huge reception from fans for the way he performed. Ardent fans of the Chennai team, questioned the existence of Jadhav as his scores in the last 3 matches were 22, 26 and 3 with a strike rate of 108. 51.

With Tamil nadu based batsman Jagadeesan is sitting in bench, fans questioned the team management why they are still giving opportunity to the 35 year old. On knowing about the fact that he is being paid more than the leading bowler of Mumbai Indians Jasprit Bumrah and few other prominent players, frustrated fans,thrashing him left and right.

Jadhav received Rs. 7.8 Crores to represent CSK as a middle order batsman whereas Bumrah gets Rs. 7 Crores and Faf was bought by CSK for just Rs. 1.6 crores. Now, on seeing his name among the playing 11, along with fans, popular Tamil comedy actor Sathish, posted a cheeky tweet demanding the star channel management to send Jadhav from Star sports to Star Vijay.

The grand inauguration of BIGG BOSS season 4 was telecasted last night. Kamal Haasan welcomed the contestants to take part in the 100 days show. Most of the fans were switching between the two channels to watch the match and the reality game show. Sathish who seemingly did the same, took to his twitter and wrote “Star sports la irundhu apdiye star Vijay ku jaadhav va shift panni big boss Kulla anuppi vitrungappa” (Just shift Jadhav from star sports to star Vijay and send him into the house) his tweet read.

This tweet from Sathish garnered huge reception from his followers. Hilarious reactions are still pouring for the tweet. A fan went on to morph Jadhav’s picture as a Bigg Boss contestant and asked Sathish to talk to Kamal Haasan on his participation.