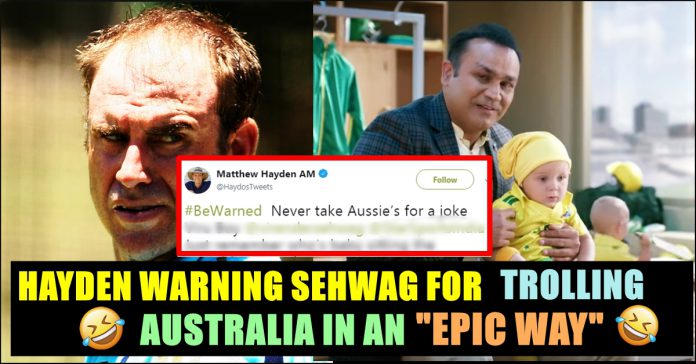 Matthew Hayden has warned Virender Sehwag and India about taking the Australian cricket team lightly as the two teams prepare to take on each other in a series in India, where two-Twenty20 Internationals (T20Is) and five One-Day Internationals (ODIs) will be played, starting February 24. Ahead of the tour Virender Sehwag turned babysitter for a TV commercial about the series, making references to the Rishabh Pant-Tim Paine babysitting banter during India’s tour of Australia.

Now, former Australian cricketer Matthew Hayden has reacted to the advertisement by making reference to Australia being the current World Cup holders.

This babysitting anecdote began during the third day of the Boxing Day Test, when Australian captain and wicketkeeper Paine asked Pant, who was batting then: “Do you babysit? I can take my wife to the movies while you watch the kids.” When Pant got the chance in the following innings, he referred to Paine as the “temporary captain” and mocked him from behind the stumps.

During Indian team’s New Year meet with Australian Prime Minister, Pant was pictured with Paine’s wife Bonnie and his kids and the photograph posted by Bonnie went viral.

The joke went so viral that during the Sydney Test in January, the Bharat Army even dedicated a song to Babysitter Pant. 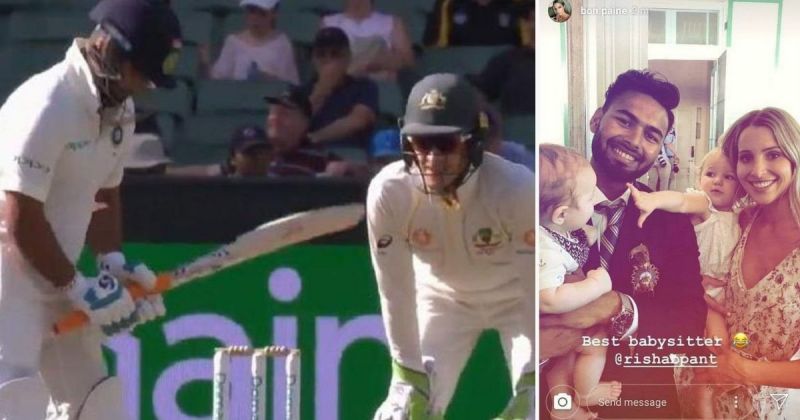 The first T20I between India and Australia will be held on February 24 at the M. Chinnaswamy Stadium in Bengaluru. The second will take place on February 27 at the Y.S. Rajashekhar Reddy ACA-VDCA Cricket Stadium in Visakhapatnam.

Check out some of the reactions Hayden receiving :

Haydos it’s all on the lighter note. No offences it’s just for a laugh. Just like Tim Paine banter. It’s all fun.

Matty, its all “friendly banter” buddy😋😋😜😝

@HaydosTweets this insult will be answered in field 😀😛😎

We love you @HaydosTweets
But now time is changed
I don’t think Australia will stand a chance this time…Ozz would lose their job as baby sitters of worldcup.. 😂😂😂😂

Matt will you be in India to share mic with Viru?

Previous articleVignesh Shivan To Produce Nayanthara In Her Next !! Check Out Who Directs !!
Next article“Not Gautham Menon, But This Director To Direct Varmaa” Prashanth Reveals !! WATCH !!

The impact created by "Cyclone Nivar" across the state Tamil nadu is huge. Many parts of the capital and Kadalur district didn't have electricity...