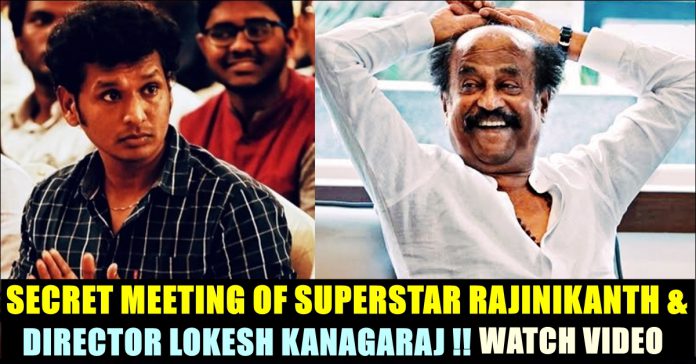 Lokesh Kanagaraj is the most happening filmmaker of Kollywood right now. Having directed just two films so far, he impressed both audience and critics with the brilliance of his work. Being released with “Bigil”, one of the highly anticipated film of the year, “Kaithi” is running successfully across the theatres in Tamilnadu and screens has been increased due to the positive word of mouth.

The film which is tentatively titled as Thalapathy 64, has Anirudh Ravichander as music composer and the film includes actor Vijay Sethupathi as the antagonist. Shanthanu, Antony Vargheese, Malavika Mohanan are some of the other actors who are the part of this film. As the fans of Tamil cinema are not relieved from the awe of the director’s growth, the next update about his directorial venture shook the Internet.

The filmmaker is an ardent fan of actor/director Kamal Haasan which he said in many of his interviews. He even said that Kamal Haasan’s Virumaandi is the inspiration for his Kaithi. To our surprise, a recent update informed us that he is going to direct his idol Kamal Haasan as his next and the reports suggests that he signed it with Kamal’s own production house Raj Kamal Internationals.

WATCH THE VIDEO BELOW :

“A big debate has took place during the meeting of Kamal Haasan and Lokesh Kanagaraj. Kamal asked if Lokesh could direct any of the story he had written to which Lokesh replied by saying that he has no problem in doing it at all.” said Chithra in the video.

However the director has requested Kamal Haasan to let him write a story for him. “If it didn’t work out we will work further accordingly” said Lokesh to Kamal Haasan according to Chithra Lakshmanan.

Previous articleAnother New Age Filmmaker To Direct Vijay In His Next !!
Next articlePolice Complaint Against Actor Atharvaa !!

Actor Shiva gained the tag "Agila Ulaga Superstar" in his very first film as solo hero. Known for his humorous behaviour, all the movies...