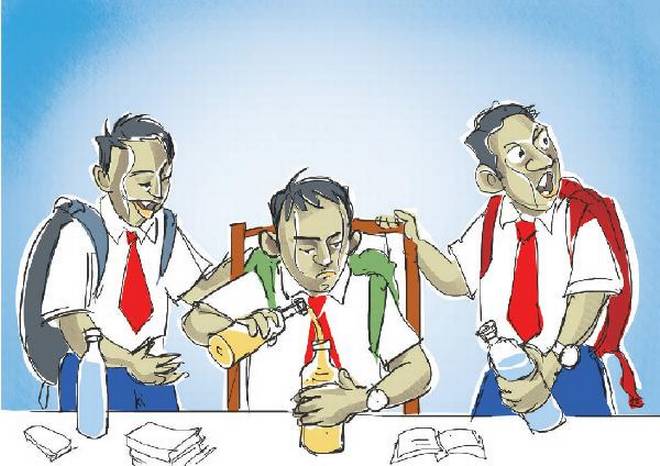 School Kids In Bangalore Are Carrying Beer In Their Water Bottles… WTF!!!

Startled after receiving calls from various pubs and restro-bars, saying that the students are involved in under-aged drinking, management of different schools, in the city, have decided to do random checking on their students and their belongings. “We have found that children carry alcohol to school in their water bottles. It is difficult to detect as it is mixed with juice or water and is transparent,” says, Mansoor Ali Khan, board member of Delhi Public Group of Schools. He also added that,  they frequently check water bottles in all their five schools located in Bengaluru and have found at least 16 instances of children carrying alcohol to school in the past two years. A teacher, who works in a school in east Bengaluru, was in a dilemma when she found a class nine student had got a bottle of beer to school. “He claimed to have got it just to show it to classmates. I did not know how to deal with the situation. Normally, during graduation day or picnics, we check for alcohol, but now we plan to carry out random checks once a month,” she said.

Management of the schools have decided not to confront the students or punish them, rather, give them proper counselling, and educate them regarding ill-effects of alcohol consumption, and especially under-aged drinking.

Previous articleAttention Boys! This Company Pays Rs. 2,600 An Hour For Having Long Beard
Next articleDear foodies, 10 Must Visit Restaurants In Chennai You Should Try Before 2017 Ends

K.V Anand's Kaapan which is the third collaboration of himself with actor Suriya is running successfully in theatres. Starting his career as cinematographer, K.V...

On Saturday evening, a 99-year-old retired government school headmaster was arrested for allegedly sexually abusing a child by the Avadi all-women police station in Chennai....