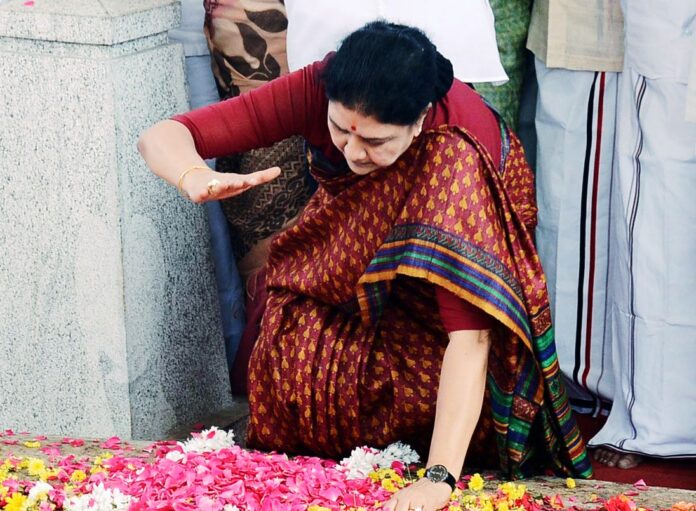 In his concluding remarks, Justice Arumughaswamy who probed the circumstances leading to the death of former Tamil Nadu Chief Minister J Jayalalitha through his commission of inquiry, had said that her aide VK Sasikala “have to be found fault with the and investigation is to be ordered”

Former Chief Minister J Jayalalitha was admitted to Chennai Apollo Hospitals on 22nd of September 2016 and was treated there for 75 days till she passed away on December 5 that year.

On Tuesday the report was tabled by the Tamilnadu Government in the assembly. Along with Sasikala, It is said that former Health Minister C Vijay Bhaskar and then health secretary J Radhakrishnan and KS Sivakumar a medical doctor “have to be found fault with and  investigation is to be ordered”

It also recommended a prob against the then chief secretary Rama Mohan Rao and others which includes doctors it is notable that Vijayabaskar is an aiadmk leader and a legislator.

The report of Arumugaswamy commission had questioned as to why the former Chief Minister was not taken abroad for treatment even after doctor Richard Beale was prepared to take her overseas.

It also said that even after eminent doctors from UK and US who had reached Apollo hospital on the invitation from the state government, had suggested Angioplasty, which was not conducted. “They successfully threw it to the wind on the pretext of postponing to achieve their aim under some pressure. Hence, an investigation is to be ordered” the report said.

#Breaking The Commission concludes that #Sasikala, Dr Sivakumar, then Health Secretary Dr J Radhakrishnan, then Health Minister C Vijayabhaskar have to be found fault with and investigation should be ordered: Arumugaswamy commission #JayalithaaDeath #Apollo @News18TamilNadu pic.twitter.com/5nxcWK60gh

The panel said that it was very clear that “only on strong suspicion Jayalalitha sent Sasikala out of her Poes Garden residence. Subsequently after getting a letter from Sasikala that she would not interfere in politics Jayalalitha allowed back in to her current residence and the leader kept her “at a distance”.

As soon as the reports on Sasikala preventing the treatment for Jayalalitha surfaced, old videos of the former pretending to be showing affectionate towards Jayalalitha started surfacing in internet with various kind of reactions from the users of it.

Got you Sasikala aunty #Jayalalithaa pic.twitter.com/rYQWp9atQy