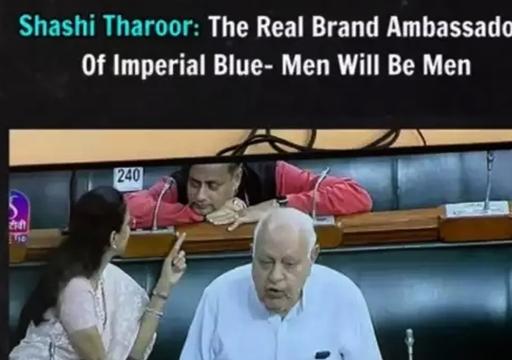 Congress MP Sashi Tharoor replied to the memes and trolls that surfaced teasing based on a video that got captured in Lok Sabha. In the viral video, Tharoor was seen leaning over his designated chair to talk to Supriya Sule, MP of Baramati. The incident happened while senior leader and former Jammu & Kashmir Chief minister Farooq Abdullah was delivering his speech. 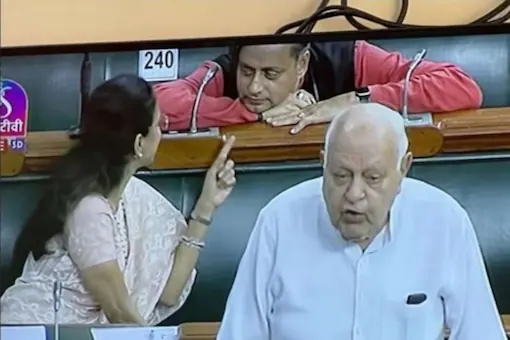 Netizens who are keen enough to extract the separate part from the Lok Sabha video, started making fun of the incident by adding romantic songs in the background and funny memes linking the duo romantically.

The video was shot during Parliament was in discussion regarding the issue of the Russia-Ukraine war and NK Premachandran was in chair. Smiling face of Tharoor and the leaning posture of him towards Sule sparked flurry of reactions from the netizens.

Check out some of the reactions that surfaced based on the incident below :

College kid couldn’t have done this better .. so intense pic.twitter.com/jHU8g9EYJp

It was a great speech by Farooq Abdullah. Must listen for everyone. @ShashiTharoor pic.twitter.com/STQe0yulxG

One should train one’s mind to focus on important issues 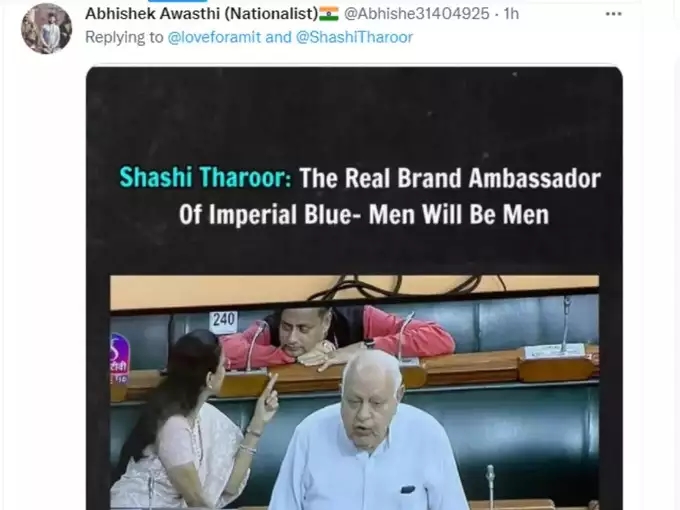 Reacting to the enormous number of memes and trolls that flooded against him, Sashi Tharoor came up with a tweet clarifying about the same. The Politician said that Supriya was asking him about a Policy question as she was about to speak next and was speaking softly only to not disturb the speech of Farooq Abdullah. Sashi further said that he leaned over to hear what she has to say, in his clarification tweet.

“For all those who’ve been enjoying themselves at @supriyaSule’s &my expense over our brief exchange in the Lok Sabha, she was asking me a policy question because she was about to speak next. She was speaking softly so as not to disturb FarooqSahib, so i leaned over to hear her.🙏” his tweet read.

For all those who’ve been enjoying themselves at @supriyaSule‘s &my expense over our brief exchange in the Lok Sabha, she was asking me a policy question because she was about to speak next. She was speaking softly so as not to disturb FarooqSahib, so i leaned over to hear her.🙏

However, Tharoor’s tweet went wrong as he tagged a wrong handle of Supriya Sule and the expressions of him that got captured in the video didn’t suit his explanation.

Your justification is as real as the handle you tagged 👍

Earlier, in the November month of 2021, Shashi Tharoor landed in trouble after complimenting the looks of women politicians who work with him in Lok Sabha. Posting a selfie with Patiala MP Preneet Kaur, Baramati MP Supriya Sule, South Chennai MP Thamizhachi Thangapandiyan, Jadavpur MP Mini Chakraborty, Basirhat MP Nushrath Jahan and Karur MP Jothimani, Tharoor wrote “Who says the Lok Sabha isn’t an attractive place to work? With six of my fellow MPs this morning” as his caption which caused controversy alleging the politician objectifies women and his tweet contains sexist remarks.

Super Singer Winner Senthil Ganesh To Be Introduced In This Top Hero’s Movie !! This Is Real Big !!