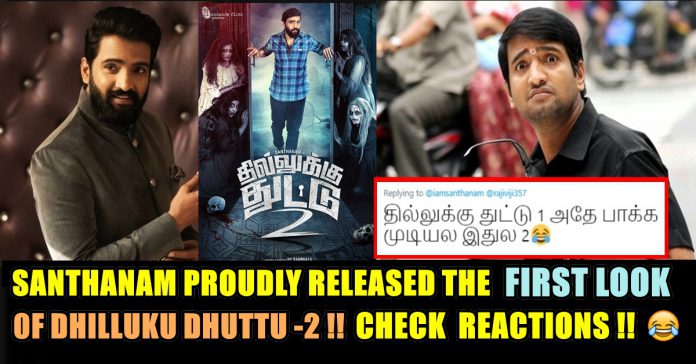 Santhanam Released The Poster Of “Dhilluku Dhuttu-2” !! Fans Trolling & Advising Him To Become A Comedian Again !!

“As a comedian, one needs to be reinventing jokes. What worked yesterday won’t work today. This is the social media generation and audiences can easily get bored if the comedy gets repetitive. It’s easier to be a hero than a comedian,” Once said Santhanam when he is asked why turning into a hero when his comedy in Tamil films are working out too good. 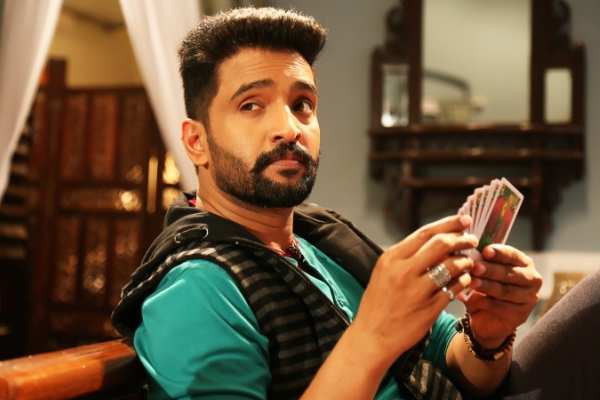 “I also wanted to experiment and experience what it’s like to be a hero. When I signed my first film as a hero, I had a few films to bank on. I was prepared to go back to being a comedian if I failed as a hero. Luckily, it worked and everything fell in place,” he added in that interview.

N. Santhanam is an Indian film actor and producer whose main works are in Tamil cinema. Beginning his career as a comedian on television, he rose to fame through his performances in Star Vijay’s Lollu Sabha  enacting the lead role in spoofs of Tamil films.

His consistently well-received performances and box office appeal in the early 2010s prompted the film industry to dub him as the “Comedy Superstar”. In 2012, he began a film production company named Handmade Films and produced his first film, Kanna Laddu Thinna Aasaiya, which went on to become a commercially successful venture. Meanwhile in 2014, he starred in the leading role again in the action comedy Vallavanukku Pullum Aayutham.

Speaking about the film, director Rambala said, “We wrapped the film in 40 days, and are almost done with the dubbing process and CG work. We’re planning to release the first look of the film soon. Similar to the first part, this will also be about a ghost, but there’s more to it than just that. The horror sequences will have different dimensions to them.” 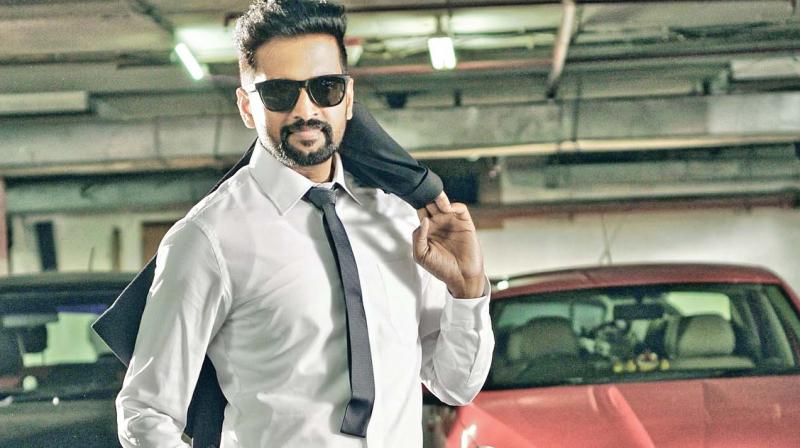 The film also stars Rajendran, Urvashi, Bipin, and Malayalam actor Shritha Sivadas in her Tamil debut. Singapore-based musician Shabeer has been roped in as the composer, while Deepak Kumar Pathy, who handled the cinematography for the first film, is also part of the sequel.

The protagonist released the first look of the film in his official twitter account earlier today. He wrote “Here it is #DhillukuDhuddu2Firstlook & Teaser from Oct 29th”

Check out his first look here :

For this tweet the actor received mixed response from the fans. While most of the fans trolled him for the first part itself being so worst, few of them wished him the best as well. Check out some of the selective comments here :

When you turned to act as a hero nobody likes you and film Dear .we want to see on screen as a comedian..

What do you think on the first look ?/ Comment below !!

Previous article“Flipkart Is Stalking Me” This Famous Actor Extremely Disturbed By The Online Shopping App !! Check Reactions !!
Next articleBIGG BOSS Vaishnavi Exposed The Girl Fan Who Asked Her For “SEX” !! She Posted The Screenshot !!

Rhea Chakraborty Named As The “Most Desirable Women 2020” !! Internet Users Raised So Many Questions

Bollywood actress Rhea Chakraborty who became the prime accused in the suicide case of Sushanth Singh Rajput, has been named as the "Most Desirable...