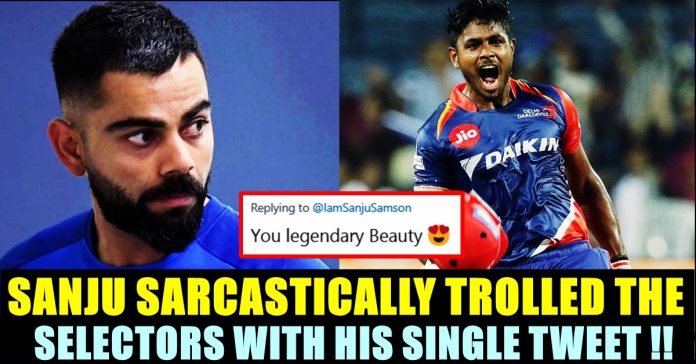 India’s squads for the upcoming limited-overs series against West Indies at home were announced on Thursday. Captain Virat Kohli returns to the T20I squad after missing the series against Bangladesh.

Meanwhile, MS Dhoni, who has not played since India’s semi-final exit at World Cup 2019, has not found a place in both the T20I and ODI squads even as speculations about his international future are rife.

India will play 3 T20Is and as many ODIs against West Indies between December 6 and December 22. The 6 limited-over matches will also be India’s final assignment of the World Cup year.

The senior selection committee, headed by MSK Prasad, met in Kolkata a day ahead of the historic pink-ball Test to announce the squads for the West Indies series. This is also likely to be MSK Prasad-led selection committee’s final assignment as their contract expires later this month.

Here the post of BCCI about the whole squad :

What surprised fans the most is the neglection of Sanju Samson, a young lad who is desperate to find a place in team India. As soon as the squad announced Netizens from all over the country demanded the inclusion of the Kerala based cricketer. They even slammed the decision of adding Rishabh Pant in the squad who continuously failing to perform.

Meanwhile, Sanju Samson himself has came up with a cheeky tweet to mock the decision of Indian cricket management. Unlike Ambati Rayudu who slammed the management directly for not adding him in the world cup squad, Sanju Samson’s tweet contained no words but a single emoji.

As soon as Sanju posted this tweet, it went viral among the fans of Indian cricket. Many of them tried to decode what Sanju trying to say from his tweet. Check out some of their reactions here :

lots of pain behind this smile
even after performing exceptionally well

not even a single chance given and being dropped!!!

and i assure you , after SO MANY CHANCES of FAILURE , PANT will play a good inning once in a while and will EXTEND hi team membership fr FEW MORE YEARS

Made A T20I Comeback After 4 Years, But Didn't Get A Single Chance In The T20I Series Against Bangladesh

Now, He is Dropped From The T20I Squad 😢

Dropped From Squad without getting any single chance.

Smiling,
That's not Easy.
Definitely You will be back.

What do you think Sanju samson is trying to say from hsi tweet ?? Comment your views below !!

Hours after the attack on 20-year-old Madhavi and 23-year-old Sandeep in Hyderabad’s Erragadda by the girl’s father, Madhavi remains in a critical condition post-operatively,...

Leonardo Di Caprio Gets Trolled For Dumping Girls After Their 25 !!