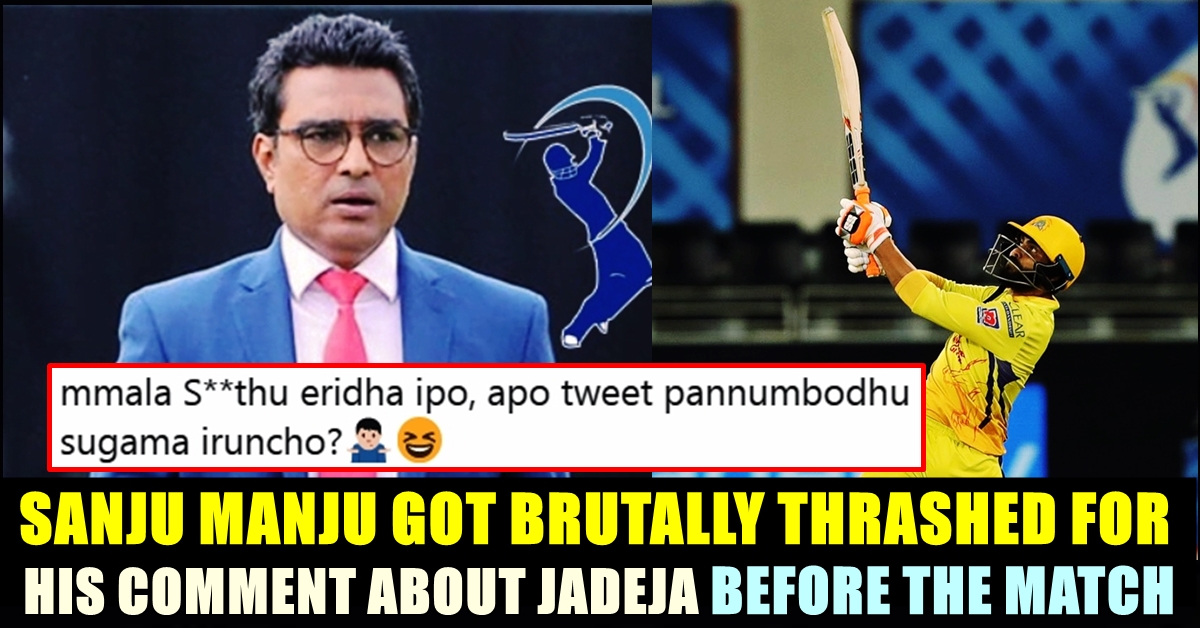 Ravindra Jadeja’s 11 balls 31 in a crucial time helped his team to clinch the victory against Kolkata Knight Riders in the 49th league of IPL tournament. Chennai Super Kings who lost their chance to reach the play offs way earlier, are still being relevant in the tournament as the teams that are playing against them needs to win the match to be alive in the race to the playoffs.

Chasing 172 runs, 23 year old Ruturaj Gaikwad who impressed fans with his half century in the match against Royal Challengers Bangalore, registered his highest score in the IPL tournament by scoring 72 runs in 53 balls with a strike rate of 135 +. He received the man of the match award for his fearless batting. However, he who came in as an opener, couldn’t finish the game for his team. What made fans go gaga is the innings displayed by Ravindra Jadeja.

Chennai Super kings needed 28 runs from the last two overs. In the 19th over bowled by Ferguson, Jaddu smashed a solid 15 by using all his experience. In the last over, when the team needed 10 runs, Jaddu smashed 2 back to back sixes to get his team home. “This season he (Jadeja) has been fantastic. He has been the only one in our team who has scored in the death overs.” said Dhoni during the presentation ceremony to laud the left handed.

Wishes from all the directions of Internet poured for the cricketer. Meanwhile, an old reply tweet of Sanjay Manjrekar which was posted two days ago resurfaced in the social media feed where the cricketer felt that Jdeja should be replaced with Axar Patel for the upcoming Australian series.

On 27th of this month, After BCCI announced the squad for upcoming Australian series, to a cricket fan who asked“Say some words about ravindra jadeja he is not fit in t20 team axar patel could be a better option”, Manjrekar replied by writing “completely agree.”

This tweet grabbed the attention of the netizens after Jaddu smashed that match winning innings. Trolls attacked Sanjay Manjrekar without mercy as he already confronted Ravindra Jadeja by saying that he is a “bits and pieces” crickter.

Check out some of the reactions for the tweet below :

I hope you remember! 🤓 pic.twitter.com/qdlVTimWmx

“I am not a big fan of bits and pieces players which Jadeja is at this point of his career in 50-over cricket. In Test matches, he is a pure bowler. But in 50-over cricket, I would rather have a batsman and a spinner,” Manjrekar had said during the 2019 world cup.

Replying to him, Jadeja posted a tweet writing “Still i have played twice the number of matches you have played and i m still playing. Learn to respect ppl who have achieved.i have heard enough of your verbal diarrhoea.@sanjaymanjrekar”

After this tweet, the cricketer also became the highest scorer of world cup semi finals where the team lost to New zealand and got knocked out of the tournament. Comment your views on this constant hatred of Sanjay Manjrekar towards Jadeja irrespective of his good performances !!

Woman Cheated Doctor By Making Him Believe That “Aladdin Lamp” Is Real !!
When DK Made Umpire To Talk In His Mother Tongue !!
Advertisement