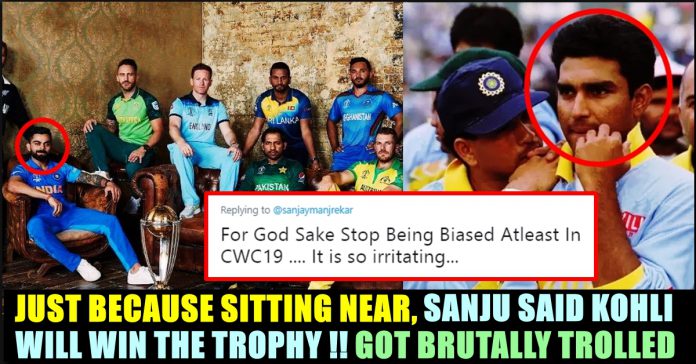 Sanjay Manjrekar Indirectly Said India Will Win The World Cup !! Getting Thrashed For This Reason !!

A week before the start of the ICC Cricket World Cup 2019, the World Cup captains met in London at a traditional pre-tournament press conference, which also included the customary photo shoot of all ten men.

As soon as the ICC tweeted the image of the ten World Cup captains, fans on Twitter began to comment on the nature of the setup. India skipper Virat Kohli‘s demeanour and New Zealand captain Kane Williamson‘s pose, in particular, attracted a degree of interest and comments on Twitter. 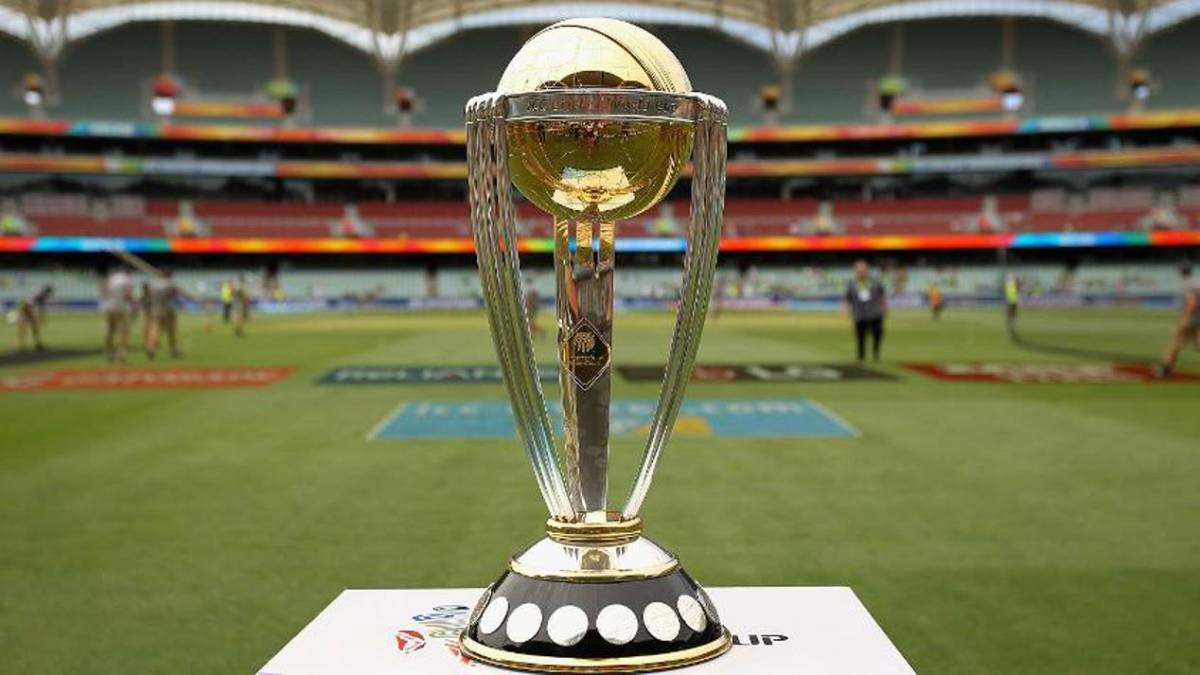 Look who is the closest to the trophy. 😋 https://t.co/V6ZHZHEh4h

On seeing this statement from Sanjay, his followers who remembered his one sided commentary in the IPL season trolled him to stop being biased already. Even though, every Indian cricket fan’s wish is to see Virat to lift the trophy, they found Sanjay’s reason as an inappropriate one.

For God Sake Stop Being Biased Atleast In CWC19 …. It is so irritating…

What do u want to say?. Virat standing close to the IPL trophy this year. pic.twitter.com/IxwHtoIMv1

Ur Caption is too worse than ur commentary 🤐

Yes Virat has high chance of lifting the trophy coz he took flight from “MUMBAI” to England : Sanjay Manjrekar!!

Oh.. @sanjaymanjrekar has a special vision power that he can evaluate proximity in a 2D picture !! 👏🏻👏🏻

Sir, atleast spare us before the world cup begins.

Every year Virat stand next to IPL trophy in the group pic. FYI

Plz don’t get close to the mic!

Just like you always are closest to getting kicked out from commentating?

The premier tournament is set to commence from May 30. However, ahead of the World Cup, warm-up matches will take place starting from May 24. India will face New Zealand on May 25 for their first warm-up match followed by a match against Bangladesh on May 28.

What do you think on this statement of Sanjay ??Comment your views below !!

A savage reply provided by the official twitter handle of Punjab Police is trending in social media platforms with hilarious reactions. In the post,...

Cheran Regrets For Missing The Opportunity Of Directing Vijay !!

Filmmaker Cheran who won three national awards so far in his 23 year old filmmaking career, has expressed his regret on not working with...