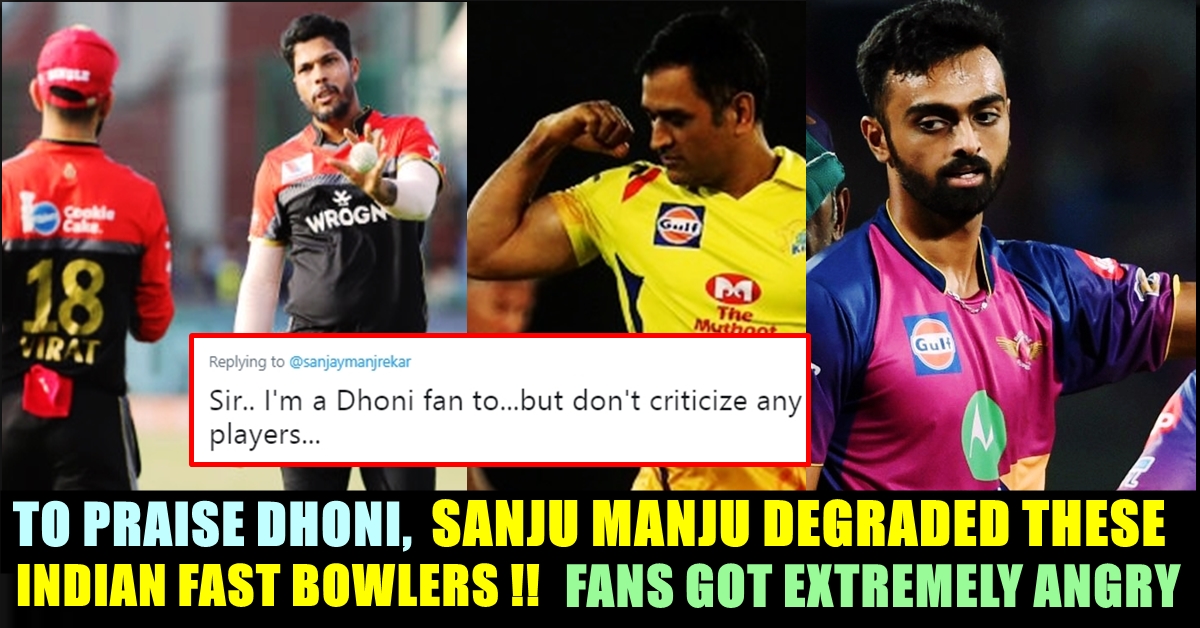 Former India cricketer Sanjay Manjrekar praised MS Dhoni, but what he also did was criticise Jaydev Unadkat and Umesh Yadav. It was Dhoni’s whirlwind 44 off 22 balls that helped CSK to a good total. Dhoni came good in the last over against Trent Boult and that is what Manjrekar pointed out in his tweet.

This was no Unadkat or Yadav, this was Trent Boult in the final over that Dhoni took to the cleaners. 👏👏👏🙏🙏🙏#CSKvDC

Both Unadkat and Umesh have been lackluster this season. As far as Yadav is concerned, he has only been able to pick up eight wickets in 10 matches at an alarming economy rate of 9.60. His best figures of 3/36 came against the Kings XI Punjab (KXIP) at the M Chinnaswamy Stadium in Bengaluru.

Coming to Unadkat, he hasn’t been all that great either in this IPL. The left-arm speedster has 10 wickets in 11 matches at an economy rate of 10.66. His best figures of 2/26 came against the Sunrisers Hyderabad (SRH) at the Sawai Mansingh Stadium in Jaipur.

However the comment of Sanjay irked many fans who came up to raise voice for Umesh and Unadkat. They stated that these both the pacers are quality bowlers and tagged them to ask question against Sanjay like Dinda. RCB Made Fun Of Ashoke Dinda To Appreciate Umesh Yadav’s Bowling !! Here’s How Dinda Gave Back !!

Check out their comments here :

Umesh and Unadkat have better average and economy than Boult in IPL (overall) and also their T20 records are also quite similar so their’s no point of considering Boult higher than them in this format.

you are insulting umesh and unadkat😀

Come on Umesh and Unadkat. Give it back to him like Dinda

Most wickets in IPL since 2017

Don’t degrade our Indian players they are also good bowlers but they are in the bad phase,no doubt Trent Boult is a good bowler too

To praise someone you shouldn’t lower someone!

Show some bloody respect! He’s had a bad season this time

What do you think on this statement of Sanjay ?? Comment your views below !!