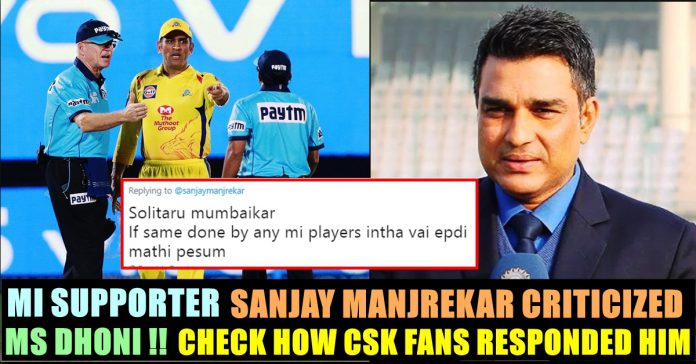 Mahendra Singh Dhoni notched his 100th win as a captain in the Indian Premier League on Thursday after helping Chennai Super Kings pull off a thrilling chase amid dramatic scenes in the final over.

Dhoni top-scored with 58 off 43 deliveries as Chennai chased down their target of 152 with number eight Mitchell Santner hitting a last-ball six against Rajasthan Royals in Jaipur. The visitors won by four wickets. 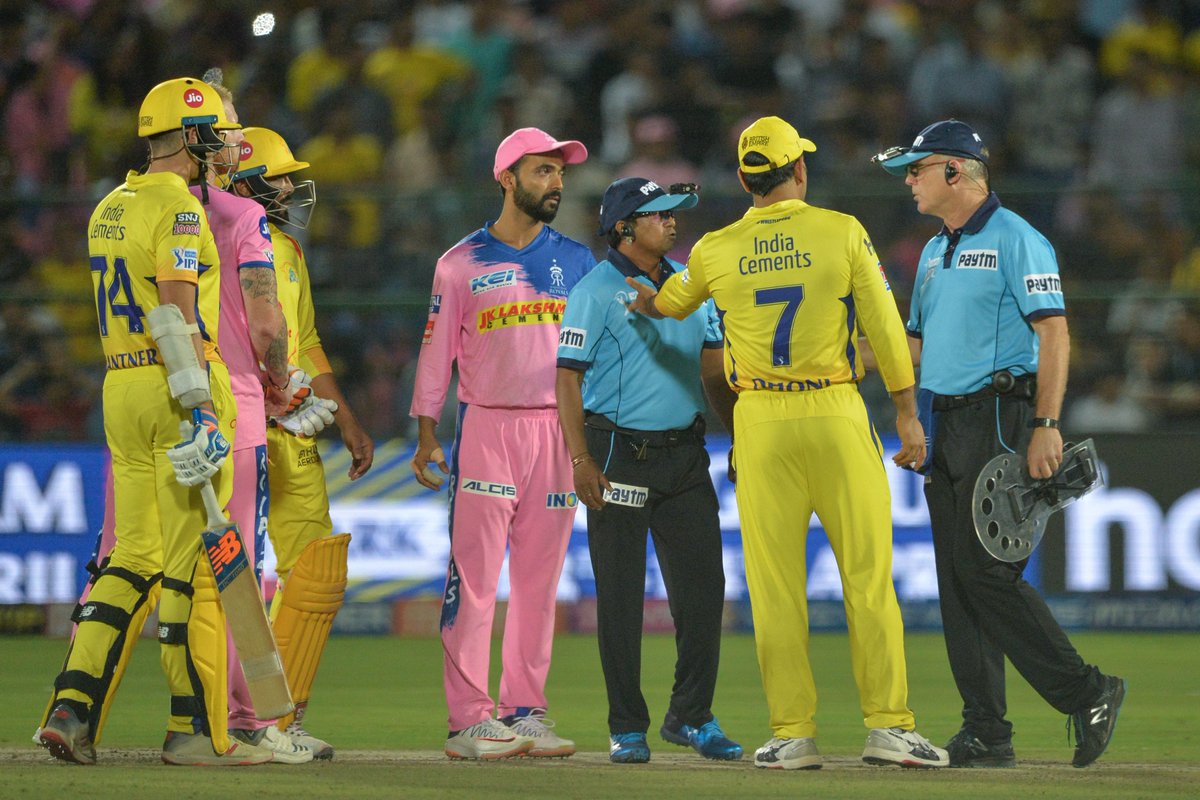 But the emotionally-charged encounter witnessed Dhoni losing his cool as he argued an umpiring call in the 20th over after storming on to the field.

“MS Dhoni, the Chennai Super Kings captain, was fined 50 per cent of his match fees for breaching the VIVO Indian Premier League’s (IPL) Code of Conduct during his team’s match against Rajasthan Royals at Jaipur.” 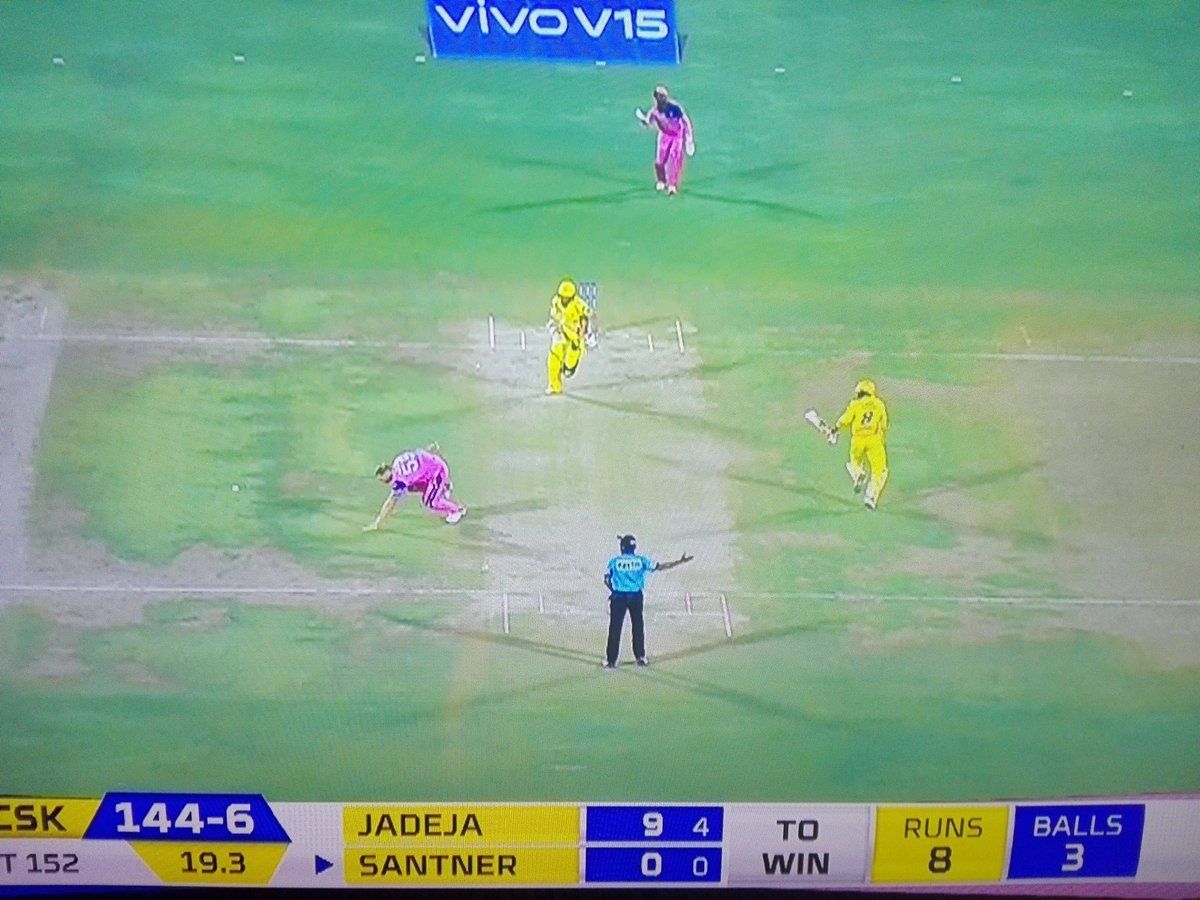 “Mr Dhoni admitted to the Level 2 offence 2.20 of the IPL’s Code of Conduct and accepted the sanction,” the release said.

Dhoni, in an uncharacteristic act, stormed onto the field at the Sawai Mansingh Stadium and had an intense argument with on-field umpire Ulhas Gandhe after the latter retracted a no-ball call during a tense Chennai Super Kings chase. Stressing Dhoni has escaped a sterner punishment, Manjrekar took to social media and wrote: “Have always been a big Dhoni admirer, but he was clearly out of line walking out like that. Lucky to get away with just a small fine.”

Have always been a big Dhoni admirer, but he was clearly out of line walking out like that. Lucky to get away with just a small fine. #VIVOIPL

This comment of him irked the fans of Chennai Super Kings who trolled him with memes and comments :

U r most irritating commentator for cricket. Lucky u r still doing it

Please have a look. Cricket is a gentleman’s game.😠😠 We know who is Sanjay Manjrekar. pic.twitter.com/3KK1i4EGnl

For umpires ….What about them ..They made dhoni to do this….Street level standard umpires🤣

Ps : your commentary is unbearable, pain to ears , should be banned from comm box

Umpire should consider himself lucky that he didnt came out with bat in his hands. 🤣🤣 he was in that kind of mood. #IPL2019

Dei dei dei… Nadikaatha.. u have been waiting for this moment to brag at him all these days 😅

Sir was you trying to write criticizer and accidentally wrote admirer? #VIVOIPL #CSKvRR

Well tried hard core Mumbaikar ! Better luck next time before giving the statement against legend. @msdhoni knows what to do and when to do.

Small correction, admirer of MI . You wanna put this status to milk likes n retweets who share your same agenda . 😂

You’ve been a Dhoni admirer, seriously?🤣

Previous articleChinmayi Says That She Will Slap Vairamuthu If She Meet Him Next Time !! Check Out !!
Next articleH.Raja Asked Everyone To Vote For Him In The Upcoming Election !! You Must See These Replies !!

In his official Instagram account, renowned playback singer Benny Dayal who is known for singing some of the best numbers in Kollywood such as...

Actress Krithi Shetty who has been sending waves among the audience of Telugu cinema through her acting skills at a young age of 18,...