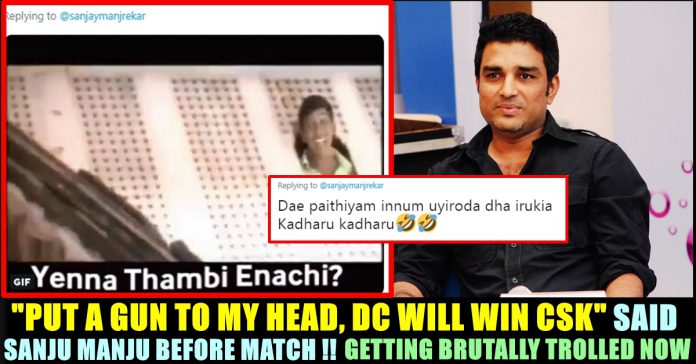 Sanjay Manjrekar Confidently Said That CSK Will Lose The Match Against Delhi !! Getting Brutally Trolled Now !!

Chennai Super Kings made it to their eighth IPL final as they beat Delhi Capitals by 6 wickets in the Qualifier 2 of the Indian Premier League (IPL) 2019 in Vizag on Friday. Chennai will now face Mumbai Indians in the title clash on Sunday in Hyderabad.

Chasing 148 to win, CSK reached the target in 19 overs thanks to half-centuries from openers Shane Watson and Faf du Plessis. Earlier, they had dished out a clinical bowling effort to restrict Delhi to 147 for nine. on Friday. 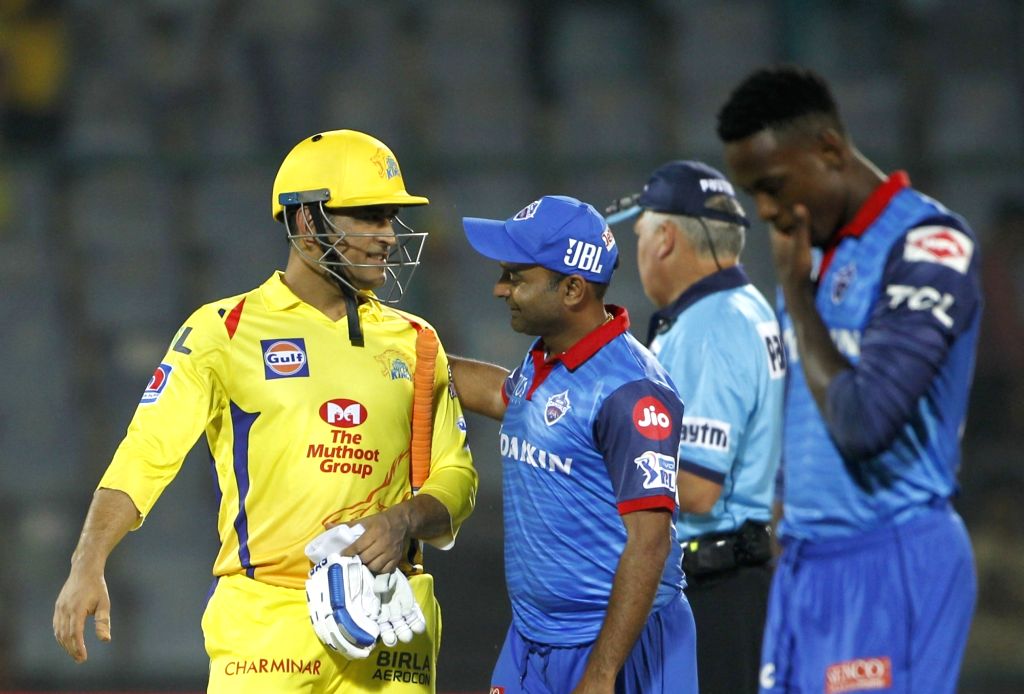 Chennai made a nervous start with both Shane Watson and Faf du Plessis finding it hard to get going. However, Faf soon got his groove on and went after the bowling attack. Faf departed after getting his half-century. However, Watson kept going after the bowlers. He too departed for 50.

Axar Patel bowled Suresh Raina to deal CSK another blow. However, by that time, Chennai needed just 21 runs in the final four overs. MS Dhoni fell in the 19th over but Ambati Rayudu (20*) took them home with six ball to spare as they won the match by 6 wickets. 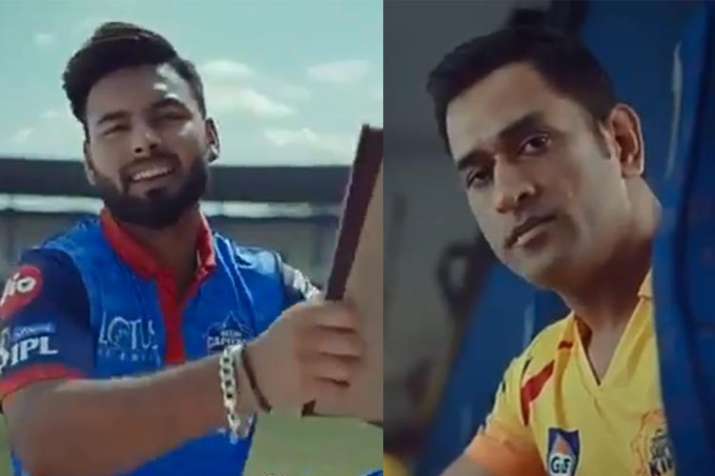 Meanwhile Sanjay Manjrekar, former Indian team player and current commentator made a comment before the start of the match. He confidently said that Delhi is going to win the match through hi tweet which read as “Cricketing logic says DC start as favourites but then CSK have Dhoni. So that makes it tighter. Put a gun to my head…will pick DC as the more likely winner tonight. #Eliminator”

Cricketing logic says DC start as favourites but then CSK have Dhoni. So that makes it tighter. Put a gun to my head…will pick DC as the more likely winner tonight.#Eliminator

As Chennai won the match, the fans of CSK brutally trolled him with hilarious replies. Check out some of them here :

Somebody put some “sense” into his head .

I can hear some gunshots in commentator box 😂😂😂 #CSKvDC #WhistlePodu

Fear of facing #CSK in the finals 😂

Time to shoot you with that gun😂😂😂

Thanking you on behalf of all CSK Fans.
Lucky words from your mouth means a lot!!!!#CSKvDC #csk #IPL2019

Sir you literally goof up on everything !!! Be it Commentary , Interviews and Match Analysis !!! PLEASE KEEP ENTERTAINING US !!!!

Previous article“I’m Disappointed That You Missed Purple Cap” Said Fan !! Here’s How Imran Tahir Reacted !!
Next article“Please Let Me Know Who My Lover Is” Aishwarya Rajesh Got Angry On Her Marriage Rumours !!

As soon as Board of Control for Cricket in India announced the squad for the upcoming Australian tour, mixed reactions has been pouring in...